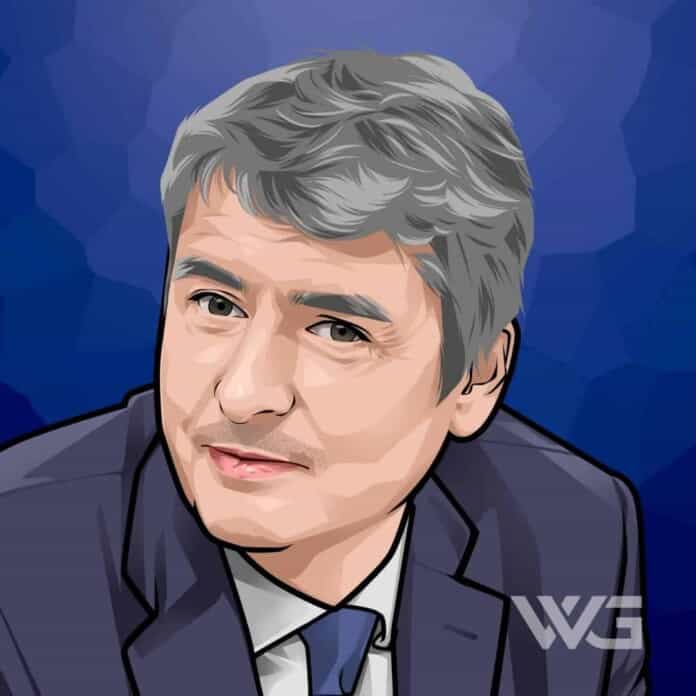 What is Emmanuel Besnier’s net worth?

Emmanuel Besnier is a French heir and businessman. Besnier is the CEO of Lactalis.

He is known as “the invisible billionaire”. Most popular as the CEO of Lactalis, his family-owned company is the 2nd biggest food company in the nation and a leading dairy business across the globe.

As of December 2022, Emmanuel Besnier’s net worth is estimated to be $8.2 Billion.

Emmanuel Besnier was born on the 18th of September, 1970, in Laval, Mayenne, France.

His father is Michel Besnier, and his mother, Christiane. His paternal grandfather, André Besnier, was the founder of Lactalis in 1933.

Besnier was educated at the Lycée de l’Immaculée-Conception, a Roman Catholic private lycée in Laval. He graduated from the ISG Business School in Paris. His father was aware of his entrepreneurship skills and groomed him to be his successor to run the family business.

Besnier joined Lactalis as director of development in 1995. He took over as the CEO in 2000, when his father died. Today, Lactalis one of the world’s largest dairy firms with $20 billion in sales.

With his brother and sister, he owned 83% of Lactalis. He shuns publicity and has been nicknamed “the invisible billionaire”

As a CEO of Lactalis, he continues to grow the company which has recently closed a deal to acquire a 70% stake in an Indian dairy group in early 2014. He is often called the “French Howard Hughes” and “the Emperor of Cheese.”

At the end of 2017, Lactasis has to recall 12 million salmonella-contaminated boxes of baby milk from 83 countries. Besnier was summoned by Bruno Lemaire to the French finance ministry.

He donates Euro 200,000 annually to the Francis-Le-Basser football stadium in Laval. Besnier also attends their board meetings. He built a private box with tinted glass, from which he watches football matches.

He always shies away from media and constantly avoids being photographed. Owing to his disdain for the press, he is sometimes called ‘the invisible billionaire’ or the ‘Howard Hughes of France.’

As of December 2022, Emmanuel Besnier’s net worth is estimated to be roughly $8.2 Billion.

Here are some of the best highlights of Emmanuel Besnier’s career:

“On the contrary. If this was presented by certain media as an injunction of the minister, it is wrong. With this measure, distributors will no longer have to sort. They know that everything has to be removed from the shelves.” – Emmanuel Besnier

“We have informed our customers by sending them the files of all the recalled products, along with texts and posters validated with the authorities.” – Emmanuel Besnier

“For us, the “environment” controls are alerts to act and try to repel the bacteria far from the products.” – Emmanuel Besnier

“We are going to draw the lessons from this crisis and set out an even stricter hygiene framework, in collaboration with the authorities. In a crisis like this, we act first, and perhaps I didn’t take the necessary time to explain things.” – Emmanuel Besnier

“At the time, there was only one tower. When Lactalis bought the site from the Celia group in 2006, we strengthened the control plan. Since then, we have invested 150 million, including the construction of a second tower.” – Emmanuel Besnier

“The crisis is the presence of products that do not comply. There will never be zero risks on this issue as on others. There are complaints. Will be an investigation. We will cooperate with the justice system by giving all the elements that we are asked for. We never thought of acting otherwise.” – Emmanuel Besnier

Now that you know all about Emmanuel Besnier’s net worth and how he achieved success; let’s take a look at some of the strongest lessons we can learn from him:

Inspiration responds to our attentiveness in various and sometimes unexpected ways.

You can change. And you can be an agent of change.

Have no fear of perfection. You’ll never reach it.

How much is Emmanuel Besnier worth?

Emmanuel Besnier’s net worth is estimated to be $8.2 Billion.

How old is Emmanuel Besnier?

How tall is Emmanuel Besnier?

Emmanuel Besnier is a French businessman who joined the billionaires’ circles and his two siblings, brother Jean-Michel and sister, Marie Besnier Beauvalot.

The three own 100% of Lactalis, a multi-national dairy products corporation they inherited from their father, Michel. Besnier was born in France, and he pursued his studies in a private school of Laval, the Roman Catholic Immaculate Conception.

As of December 2022, Emmanuel Besnier’s net worth is estimated to be $8.2 Billion.

What do you think about Emmanuel Besnier’s net worth? Leave a comment below.