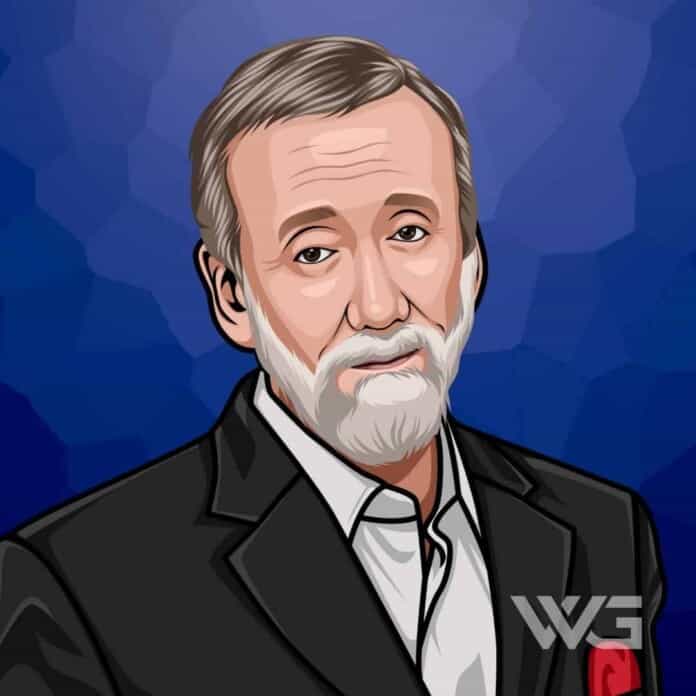 What is Ray Stevens’ net worth?

Ray Stevens is an American country and pop singer.

Stevens is best known for his songs ‘Everything Is Beautiful’ and ‘Misty,’ as well as comedic hits such as ‘Gitarzan’ and ‘The Streak.’ He worked as a producer, music arranger, songwriter, television host, and solo artist.

Harold Ray Ragsdale was born on the 24th of January, 1939, in Clarkdale, Georgia. While attending high school, he formed his first band, The Barons. Following his graduation, he enrolled in Georgia State University as a music major.

When he was 18 years old, Stevens signed to Capitol Records Prep Records in 1957. He produced the singles ‘Silver Bracelet’ and a cover of ‘Rang Tang Ding Dong.’

In the 1970s, Stevens was a producer in Nashville. He recorded the songs for Barnaby Records and Warner Brothers during 1970–79. Stevens’ biggest hit in the U.S. was his gospel-inflected single ‘Everything Is Beautiful’ in 1970. The track won a Grammy Award, and it was the theme for a hit 1970 TV show.

In 1980, he joined RCA Records and released ‘Shriner’s Convention’ and ‘Night Games’. The following year, he released ‘One More Last Chance’. In 1982, Stevens released a few more singles. He left RCA and returned to Mercury, releasing the 1983 album Me and one chart hit, ‘My Dad.’

In 2010, Stevens dropped ‘We the People’. The album reached the top 5 Billboard Comedy Album chart. The same year, the Country Music Hall of Fame and Museum honored Stevens in the series ‘Nashville Cats: A Celebration of Music City Musicians.’

His album ‘Here We Go Again’ was released in 2015. It included the Taylor Swift spoof single ‘Taylor Swift is Stalking Me’ and ‘Come to the USA’. The same year, he launched his television series ‘Ray Stevens Nashville’.

How Does Ray Stevens Spend His Money?

Stevens owns a home in Nashville. He has also paid $2.85 million for a Belle Meade home that he plans to use as his personal residence.

Here are some of the best highlights of Ray Stevens’ career:

“There is none so blind as he who will not see. We must not close our minds. We must let our thoughts be free. For every hour that passes by, we know the world gets a little bit older, it’s time to realize that beauty lies in the eyes of the beholder.” – Ray Stevens

“Everything is beautiful in its own way, like the starry summer night or a snow-covered winter’s day. And everybody’s beautiful in their own way. Under God’s heaven, the world’s gonna find the way.” – Ray Stevens

“I did recording sessions as a musician as well as a background vocalist and enjoyed every minute of it. I remember singing harmony with Waylon Jennings on a few songs that were hit. Chet Atkins always put me up so high that I strained to hit every note. It was a lot of fun.” – Ray Stevens

“I kinda halfway paid attention to politics during my early years, but the older you get, the more you realize it’s very important to pay attention to who gets elected. They can ruin the country.” – Ray Stevens

“I love what I do. Made my first record in ’57. I don’t think I’ll ever get tired of making records and writing songs and singing and being in the music business.” – Ray Stevens

“I’m basically a keyboard player, so if it’s got a keyboard on it, I’ll give it a shot. I played a lot of organ in the early days. I can make a few chords on the guitar, but that’s about it.” – Ray Stevens

Now that you know all about Ray Stevens’ net worth and how he achieved success; let’s take a look at some of the lessons we can learn from him:

The human brain is a funny thing: it’s very susceptible to tempo and melody. You put the right words to it, and it becomes very influential.

People will remember a good comedy song a lot longer than they would some of the so-called straight love songs.

3. Believe In Your Dreams

If you want something, you have to go get it right now.

How much is Ray Stevens worth?

Ray Stevens’ net worth is estimated to be $8 Million.

How old is Ray Stevens?

How tall is Ray Stevens?

Ray Stevens is an American pop singer and songwriter. Stevens is best known for his singles ‘Everything Is Beautiful’, ‘Misty,’ ‘Gitarzan,’ and ‘The Streak.’

He has released more than 40 studio albums starting with his debut ‘1,837 Seconds of Humor’ in 1962. His single ‘Everything is Beautiful’ has reached the first spot on the Billboard Hot 100 and US Adult Contemporary charts and #1 in Canada and Australia.

His single ‘The Streak’ has reached the first spot in the US, the UK, and Canada. Stevens won Grammy Awards in 1971 for Best Contemporary Male Vocalist and in 1976.

What do you think about Ray Stevens’ net worth? Leave a comment below.