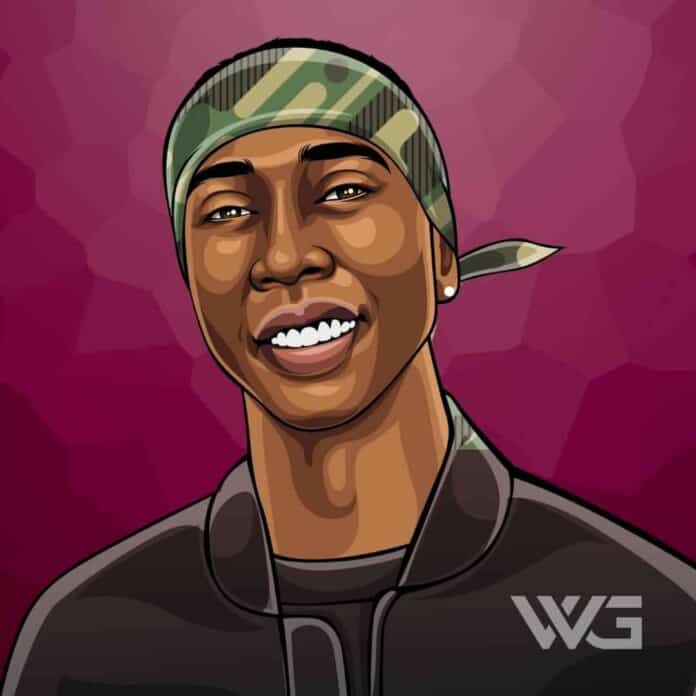 What is Tyga’s net worth?

Micheal Ray Stevenson, known by his stage name Tyga, is an American rapper from Compton. Tyga is best known for his singles ‘Rack City’, ‘Faded’, ‘Far Away’, ‘Still Got It’ and ‘Show You’.

Micheal Ray Stevenson “Tyga” was born in Compton, California on the 19th of November, 1989. Tyga was raised in Compton until he was 12 years old before moving to Gardena.

He is of Jamaican and Vietnamese descent. As a teenager, Tyga grew up having Lil Wayne and Eminem as role models.

Tyga has claimed that he grew up in the low socioeconomic area of Compton, but in leaked footage from the television show Bustas, he claimed he grew up in a “well-to-do” home in the Valley where his parents drove a Range Rover.

After the success of Tyga’s debut album ‘Young On Probation’, he signed a recording deal with Lil Wayne’s ‘Young Money Entertainment’.

Tyga’s cousin, MacCoy toured with Gym Class Heroes and made his first album ‘No Introduction’ in 2008. His track ‘Diamond Life’ featured in the movie ‘Fighting’ as well as the video games ‘Need for Speed: Undercover and ‘Madden NFL 2009’.

Tyga made a number of mixtapes before he made his first studio album. By then he had already established himself and was recording for Lil Wayne’s record label Young Money Entertainment and also Cash Money Records and Republic Records.

After his initial success with Lil Wayne’s record label, he began to work with big names like Chris Brown, Rick Ross and Bow Wow. Tyga signed up with Kanye West’s Good Music Imprint to start a new chapter of his music career.

He released ‘Careless World: Rise of the Last King’ in 2012 which peaked at number #4 on the US Billboard.

Since then, Tyga has made a name for himself in the hip-hop industry.
In 2016, Kanye West announced that Tyga had been signed up with Good Music. Some saw this as the only opportunity for Tyga to redeem himself in the world of music.
As of November 2022, Tyga’s net worth is $5 Million.

Here are some of the best highlights of Tyga’s career:

“A lot of people don’t know I’m from the West Coast. My swag is different. Me being from Young Money, affiliated with them, some people think I’m from down South. They think maybe I’m from New Orleans like them. It’s just good to show people and build outside of Young Money, build my brand outside of that.” – Tyga

“Sour Patch, Swedish Fish. I love candy, man. I can’t go without candy. And when I’m recording, I always have a TV on with cartoons – on mute, though. When I’m recording, I like to look at the TV now and then and see some crazy, wacky stuff. When you’re thinking creative, it just keeps you creative. Everybody got their way of making music.” – Tyga

“I don’t follow trends. I’m a trendsetter. I represent all the younger generations; fly kids, creative kids – they look up to me. I got a program that’s called ROAR. I go to all high schools everywhere we go, and I talk to all the kids, and I give away 30-35 tickets and passes to the kids doing good in school. Stuff like that means a lot to me.” – Tyga

“I’m definitely inspired by Michael Jackson. I watch all his videos all the time. And Busta Rhymes, early Busta Rhymes – I really was inspired by him. He’s really the reason why I started rapping. Because of all his visuals. I loved his videos when I was younger.” – Tyga

View our larger collection of the best Tyga quotes!

Now that you know all about Tyga’s net worth, and how he achieved success; let’s take a look at some of the lessons we can learn from him:

1. What We Truly Know

We can admire what we see, but we can only love what we truly know. Be careful about who opens up to you.

2. When Things Go Down

When shit goes down and sides get taken you will find out who was real and who was faking. Never trust anyone when things go down.

Instead of wiping away your tears wipe the people who make you cry. Stand up for yourself and stay strong. Your tears deserve the best people around you.

How much is Tyga worth?

Tyga’s net worth is estimated to be $5 Million.

How old is Tyga?

How tall is Tyga?

Tyga has definitely made a name for himself in the hip-hop industry. He has been working with some of the best producers and artists and his album and songs have been sold worldwide. It’s easy to say that there’s no doubt that Tyga’s net worth will keep rising.

What do you think about Tyga’s net worth? Leave a comment below.