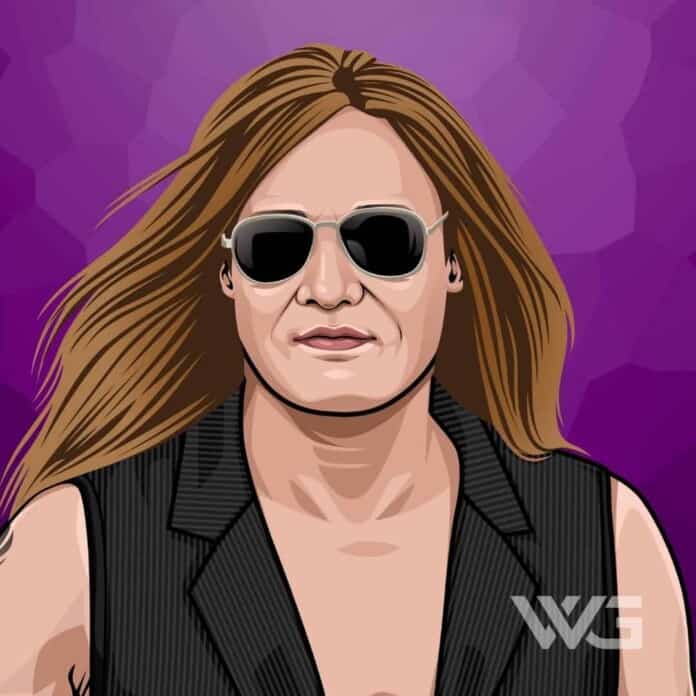 What is Sebastian Bach’s net worth?

Sebastian Bach is a well-known Canadian singer. Bach achieved mainstream success as the frontman of the band Skid Row from 1987 to 1996.

Bach continued as a solo career after ending his time with the band. Since then, he has made appearances in film and television such as *trailer Park Boys’ and ‘Gilmore Girls’.

Sebastian Philip Bierk was born on the 3rd of April, 1968, in the Bahamas.

Bierk is one of eight children. His brother Zac is an ice hockey player. His father was a well-known painter. He painted one of Skid Row’s album covers.

Bach was confident in his ability to sing since he listened to his mother and aunt sing at home. He also liked to join the church choir when he was 8 years old. He knew while singing the hymn that he would sing for the rest of his life.

The group members of Kid Wikkid were based in Ontario.

When Bach was 14 years old, he auditioned for the band and was hired by guitar player and bandleader Jason Delorme. The band moved back to Toronto, and his dad eventually allowed Bach to move in with an aunt.

Skid Row was formed in the mid-1980s with lead vocalist Matt Fallon fronting the group. They started to play in various clubs around the New Jersey area.

Fallon left the band in 1987, and Bach was later spotted singing at Mark Weiss’s wedding. In 1996, Bach formed The Last Hard Men with Jimmy Flemion. The group recorded a full self-titled album for Atlantic Records.

The musicians formed a band called Fist which later in the show was changed to Democracy for the reality show, during which they lived in a mansion in Las Vegas for 12 days and created different kinds of music.

Here are some of the best highlights of Sebastian Bach’s career:

“I’m always working on new songs. With the technology these days, any idiot can record on Pro Tools on your laptop. All you have to do is plug a microphone into the input jack and anybody can have their own recording studio. So I’m always down in my basement, singing along to riffs or whoever I’m collaborating with.” – Sebastian Bach

“I had to get out of my record deal that I signed with my previous band and get a full solo record deal going so, with all of the paperwork that, that entails it did take a while.” – Sebastian Bach

“Went to audition for an episode of ‘Law and Order,’ and they didn’t understand why I was talking so fast, and I was like, ‘No, you don’t understand. I was on a show called the ‘Gilmore Girls.’ We had to say everything like that.” – Sebastian Bach

“I would say a must-do in Canada would be to go skiing at Whistler in Vancouver. You could take a chair lift for, like, a half hour to the top of this mountain, and you ski down; it takes like so long to get to the bottom. You go past the clouds. It’s absolutely incredible.” – Sebastian Bach

“Well, let me give you the God’s honest truth. The one thing about this pandemic that I’ve realized is that alcohol produces a different buzz locked down in your house for five months than it does riding on your tour bus to your next sold-out gig. It’s a different buzz; actually, I’ve found.” – Sebastian Bach

Now that you know all about Sebastian Bach’s net worth and how he achieved success; let’s take a look at some of the best lessons we can learn from him:

What is music for? It’s to make you feel good.

If you want to be the best you better work hard.

Sometimes you can do things for people other than yourself.

How much is Sebastian Bach worth?

Sebastian Bach’s net worth is estimated to be $1.5 Million.

How old is Sebastian Bach?

How tall is Sebastian Bach?

Sebastian Bach is a singer and songwriter. Bach is also a well-known actor.

He is best known as the lead singer of the heavy metal band Ski Row. They were a successful band from 1987 to 1996. Since he left the band, he has toured with various musicals, acted in Broadway plays, and appeared on reality shows.

What do you think about Sebastian Bach’s net worth? Leave a comment below.