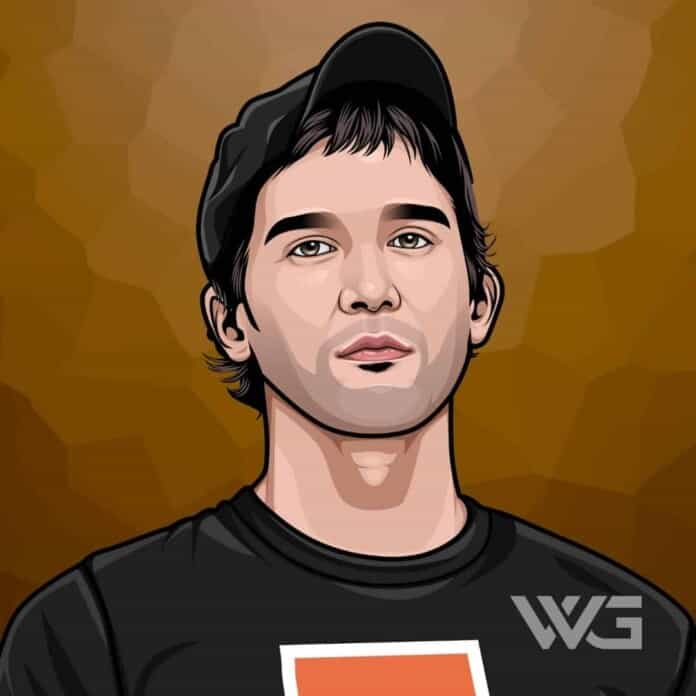 What is Sufjan Stevens’ net worth?

Sufjan Stevens is a singer and songwriter.

Stevens is best known for his work on the film ‘Call Me By Your Name.’ He has released nine albums and many collaborative albums with other artists. He has received Grammy and Academy Award nominations.

Steven’s debut album ‘A Sun Came’ was dropped in 2000. He then received wide recognition for his album ‘Illinois’ in 2005. He rose to fame when he featured on the soundtrack of the movie ‘Call Me by Your Name.’

Sufjan Stevens was born on the 1st of July, 1975, in Detroit, Michigan.

He lived in Michigan until he was 9 years old. He was raised by his father and stepmother.

Stevens went to visit his mother in Oregon after she married Lowell Brams. Brams later became the head of Sufjan’s record label, Asthmatic Kitty. Stevens is of Greek and Lithuanian descent.

Stevens started his career as a member of the band Marzuki. He was also a member of the garage band Con Los Dudes. He followed this up with the album ‘Michigan’, which is a collection of folk songs and instrumentals.

In 2006, Stevens came out with the news that 21 pieces of music he had got from the Illinois recording seasons would be put into a new album titled ‘The Avalanche,’ which was released in 2006. His sound has been associated with genres such as indie folk, indie rock, indie pop, chamber pop, and electronica.

The same year, he debuted a new composition titled ‘Majesty Snowbird’. Later that year, a CD box set ‘Song for Christmas’ was released. His tracks ‘The Tallest Man’, ‘The Broadest Shoulders’ and ‘All the Trees of the Field Will Clap Their Hands’ were featured in the comedy-drama ‘Driving Lessons.’

In 2020, Stevens dropped an album with his stepfather, Lowell Brams, titled ‘Aporia.’ Later that year, he announced his eighth studio album titled ‘The Ascension.’ The album’s second track, ‘Video Game,’ was released on the 13th of August.

The following year, Stevens announced the release of a collaborative album, titled ‘A Beginner’s Mind’ that he recorded with the singer and songwriter Angelo De Augustine.

Here are some of the best highlights of Sufjan Stevens’ career:

“Perhaps we have failed as human beings. Perhaps we have embarrassed ourselves to the natural world. We have been rigorous and willful in all the wrong ways. But it doesn’t have to be this way. Maybe you don’t want to deal with (marching), the permanent marker, and the poster board. But try something else.”– Sufjan Stevens

“The World’s Fair was the precursor to theme parks like Disneyworld, and the real sort of cheap, superficial promotional architecture that you see everywhere in the U.S. I think there’s a danger when you start creating a civilization that isn’t meant to last.” – Sufjan Stevens

“I remember Detroit feeling really unsafe, feeling scared a lot. Our house was broken into. Our car was stolen, we had to get a watchdog, we would get beat up in the street, I had my bike stolen. There was just a lot of real anarchy on the streets and sidewalks.” – Sufjan Stevens

“I’m a very self-conscious person, I think we all are, but I’m especially not very comfortable in my body. I always feel really weird and awkward on the street or on the stage. It has nothing to do with circumstances, it’s just an ongoing psychological state, like white noise.” – Sufjan Stevens

“I don’t really have a domestic inclination. Even my apartment has a semblance of a storage facility. It’s just stacked, there are no bookshelves, just books and piles of stamp collections and weird little sewing and knitting projects.” – Sufjan Stevens

Now that you know all about Sufjan Stevens’ net worth and how he achieved success; let’s take a look at some of the best lessons we can learn from him:

Stevens’s music is just about storytelling. He doesn’t have much to say, and he’s not trying to change anyone’s mind. Stevens just singing through conviction about what he loves and what he cares about.

A musician’s attempt to summarize his or her work leads to all this prescriptive chatter.

Musicians are often asked to answer for an entire culture, or for an entire movement. It’s a process of commodification. It becomes packaged and summarized in a word like ’emo’ or ‘grunge’… or ‘folk music.’

How much is Sufijan Stevens worth?

Sufijan Stevens’ net worth is estimated to be $4 Million.

How old is Sufijan Stevens?

How tall is Sufijan Stevens?

Sufjan Stevens was born in Detroit, and he earned a master’s degree in fine arts in New York. Stevens learned to play a variety of instruments, including the guitar, piano, drums, and banjo.

His musical career started with a folk-rock group that was called Marzuki. His debut album ‘A Sun Came’ was released during his college years. He then started to work on a Fifty States Project. He then released ‘Michigan,’ which he followed up with ‘Illinois’

What do you think about Sufjan Stevens’ net worth? Leave a comment below.