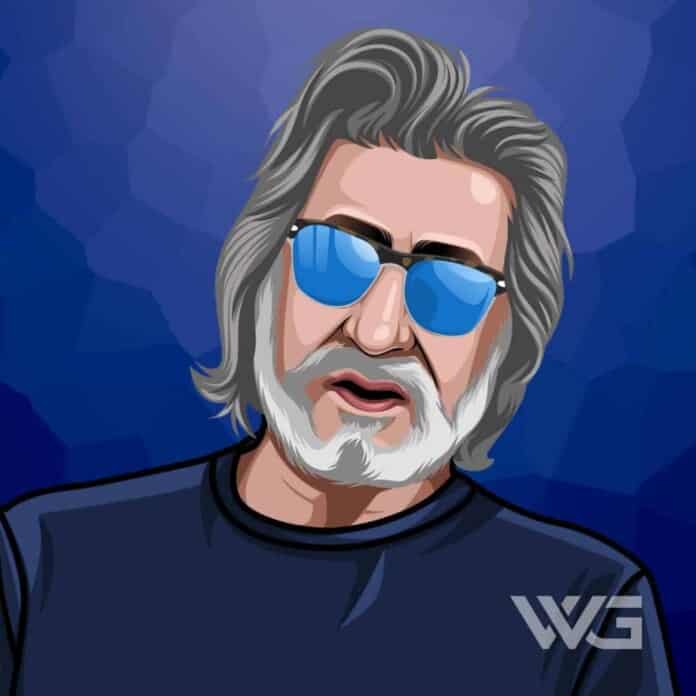 What is Shakti Kapoor’s net worth?

Shakti Kapoor is an Indian actor. He has appeared in numerous Bollywood films.

Kapoor is best known for his villainous and comic roles, and he had featured in over 700 films. In the 1980s and 1990s, he teamed up with Asrani and Kader Khan as the comical team in over 100 films.

Kapoor was a contestant in the Indian reality show ‘Bigg Boss’ in 2011.

Shakti Kapoor was born on the 3rd of September, 1952, in Delhi, India. His father ran a tailor shop in New Delhi, and after a long struggle in Bollywood, he was spotted by Sunil Dutt. Dutt saw him while he was making “Rocky” to launch his son Sanjay.

Kapoor was cast as the antagonist in the movie. Dutt quickly realized that Kapoor did not suit the villainous personality on screen. He ended up changing his screen name from Sunil Kapoor to Shakti Kapoor.

Kapoor did his best to find different movie roles. He started his Bollywood journey with the movie ‘Khel Khilari Ka’ in 1977. Between 1980 and 1981, he rose to fame with the movie ‘Himmatwala and the Subhash Ghai.’

During the 1990s, he was nominated for many different awards, such as Filmfare Award. Some of his comic roles have been as Inspector Bhinde in ‘Insaaf, Prasad in Baap Numbri Beta Dus Numbri,’ Crime Master Gogo in Andaz Apna Apna,’ Tohfa, as Batuknath in ‘ChaalBaaz,’ and as Goonga in ‘Bol Radha Bol.’

Kapoor has also starred in ‘Hungama,’ ‘Hulchul,’ ‘Chup Chup Ke,’ ‘Malamaal Weekly,’ and the ‘Malayalam remake Bhagam Bhag.’ In 2011, he starred in the reality show ‘Bogg Boss’ as one of the contestants.

How Does Shakti Kapoor Spend His Money?

Shakti Kapoor is one of India’s richest actors, and he has starred in many films. When it comes to his spending, he likes to spend his money on cars and real estate.

Kapoor has a massive collection of luxury cars in his garage. His collection includes an Audi Q3, a BMW X1, and a Mercedes-Benz GLS 350d.

Kapoor owns a home in Juhu beach, where he lives with his family. The furniture in his home is more than 30 years old. The house has a lot of beautiful paintings and pieces of architecture.

Here are some of the best highlights of Shakti Kapoor’s career:

“I have spent half my acting career with Kader Khan – we did over 100 films together, the maximum any two co-stars have done together. Now that he is gone, the film industry has been thinking about him. Why do people remember an actor when they are not alive? Why can’t they say something nice when the person is working or when they are sick or when they are struggling?” – Shakti Kapoor

“When Kader Khan was not working for the last decade and was suffering, nobody was very concerned about him. Why was he left so lonely? And why are actors left so alone when they are sick or not doing too well? – Shakti Kapoor

“I always believed he is going to stage a comeback because knowing such a strong man, I thought he could easily fight it out. I believed he would come back to Mumbai, and we will work together again. But it didn’t happen.” – Shakti Kapoor

“He only spoke of knowledge, of truth, of life and how to face sorrow. He wanted peace, happiness, family, and people to be good. I want the world to remember him as a good man, an educated man, a man who believed in hard work.” – Shakti Kapoor

“Nor will I allow my daughter Shraddha to resume work, and I don’t think the threat is gone. I feel the worst is yet to come. I won’t let my children out for now, and I know work is important but not at the cost of one’s life. It will be very chaotic if people start shooting now.” – Shakti Kapoor

Now that you know all about Shakti Kapoor’s net worth, and how he achieved success; let’s take a look at some of the lessons we can learn from him:

Mistakes are a part of being human. Appreciate your mistakes for what they are. Unless it’s a fatal mistake, others can learn from it.

Don’t aim for success if you want it; do what you love and believe in, and it will come naturally. It always does.

Success is not a good teacher. Failure makes you humble, stay strong, and be motivated.

How much is Shakti Kapoor worth?

Shakti Kapoor’s net worth is estimated to be $30 Million.

How old is Shakti Kapoor?

How tall is Shakti Kapoor?

Shakti Kapoor is an Indian actor who is best known for starring in more than 700 Hindi movies. Kapoor started his acting career in Bollywood where he had minor roles. He is known for his comic roles.

In the 1990s he teamed up with Asrani and Kader Khan as a comical or evil team and appeared in more than 100 movies. Throughout his career, he has starred in films such as ‘Qurbani and Rocky’, ‘Hero’, ‘Raja Babu’,’ Insaaf, Baap Numbri Beta Dus Numbri’, and ‘Marriage Da Garriage’, and more.

What do you think about Shakti Kapoor’s net worth? Leave a comment below.