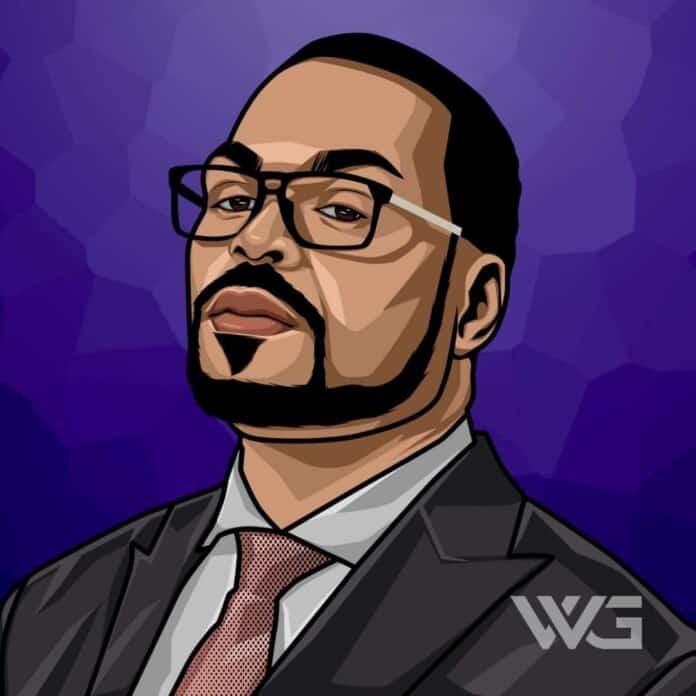 What is Method Man’s net worth?

As of December 2022, Method Man’s net worth is approximately $14 Million, making him one of the richest rappers of all time.

Clifford Smith, better known as “Method Man”, is an American rapper, producer, and actor from Hempstead. Method Man is mostly known for being one of the members of the East Coast hip-hop group ‘Wu-Tang Clan’.

He took his name from the 1979 film ‘Method Man’ and he has been nominated for several awards such as Grammy Awards.

Clifford Smith “Method Man” was born in Hempstead, Long Island on the 1st of April 1971.

He divided his childhood between his father’s Long Island residence and his mother’s home in Park Hill of Staten Island. His father was the one who showed him the world of music and poetry.

Smith has two sisters named Missy and Terri. He began his music career in 1992 when he and his friends formed the famous hip-hop group Wu-Tang Clan.

Method Man began his career by becoming one of the members of the ‘Wu-Tang Clan’. He also got a solo album in the group’s debut album ‘Enter the Wu-Tang: 36 Chambers’. Method Man later released his debut solo album in 1994 entitled ‘Tical’.

The album became a commercial success.

In 1995, Method Man came out with the Grammy Award-winning duet ‘I’ll Be There For You’ which was sung along with the R&B singer Mary J. Blige.

He began working with American rapper Redman for the song ‘How High’ which was a hit and laid the foundation for their future collaborations.

One year later, Method Man performed alongside Busta Rhymes, B-Real, Coolio and LL Cool J for the Space Jam Soundtrack ‘EmHigh’ and the same year he was seen as himself in the film ‘The Great White Hype’.

Method Man continued his work with Redman for the album titled ‘Blackout’ which was a success and peaked on the music charts. He also acted in the films ‘Black and White’ and ‘Big Daddy’. In 2000 he played himself in the documentary film ‘Backstage’.

Since then, Method Man is one of the best rappers of all time that has collaborated with stars from all over the world. His music has definitely influenced many.

Here are some of the best highlights of Method Man’s career:

“Now whoever read me wrong can start by reading my palm / Make me catch a flashback of my father beating my mom / Kiss the ring, ain’t easy being a don / So I gotta carry the heat, ain’t easy being LeBron.” – Method Man

“I don’t mind being an advocate for weed. It’s not as bad as tobacco, alcohol or firearms, for that matter. There’s no reason it shouldn’t be legalized. You can make all kinds of stuff out of hemp. I think the cure for cancer’s probably in cannabis-who knows?” – Method Man

“Regardless of how I or this man right here or anybody else in this business get, when we walk on an airplane in first-class looking like this, we’re gonna get searched.” – Method Man

“Valentine cards and birthday wishes? Please…be on another level of planning, of understanding. The bond between man and woman and child. The highest elevation, cause we above. All that romance crap, just show your love.” – Method Man

“I’m an entertainer, so in whatever form, I entertain… The thing about being a rapper is that you have more control over your form, whereas with acting you have to compromise a lot.” – Method Man

How much is Method Man worth?

Method Man’s net worth is estimated to be $14 Million.

How old is Method Man?

How tall is Method Man?

Method man is one of the most emerging and charismatic figures in the field of rap music. He is mostly known as a member of Wu-Tang Clan. Since then, he has worked with some of the best rappers in the world including the likes of GZA and Hue Hef.

As of December 2022, Method Man’s net worth is estimated to be roughly $14 Million.

What do you think about Method Man’s net worth? Leave a comment below.