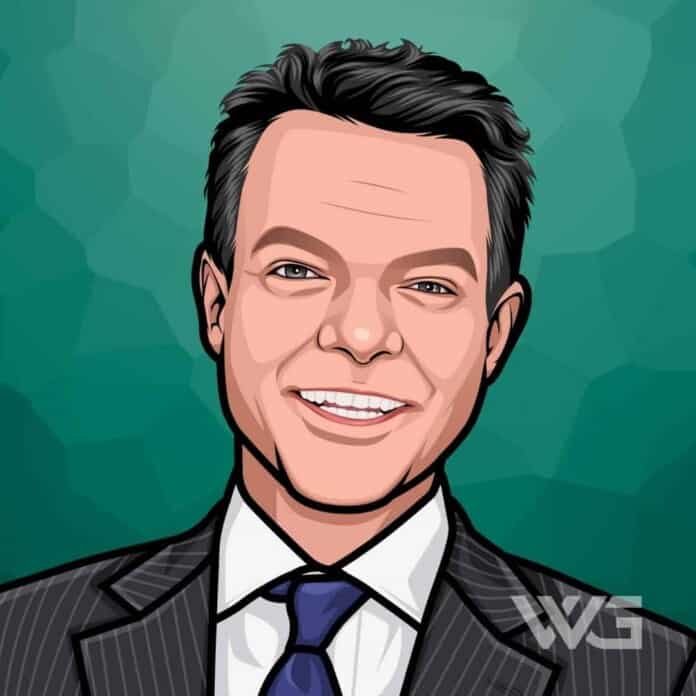 What is Shepard Smith’s net worth?

Shepard Smith is an American broadcast journalist for NBC News and CNBC.

Smith is best known for hosting ‘The News with Shepard Smith.’ He has had a 23-year career at Fox News Channel, and he joined at its inception in 1996. He hosted several programs in his tenure at Fox News, such as ‘Fox Report,’ ‘Studio B’ and ‘Shepard Smith Reporting.’ Smith left the station in 2019.

Smith Jr. attended Marshall Academy in Holly Springs, and after high school, his parents separated. He studied journalism at the University of Mississippi. In 2008, he delivered the university’s 155th commencement address.

After working as a correspondent for Fox affiliate service ‘News Edge,’ he joined Fox News Channel in 1996. He reported on the death of Princess Diana in 1997, President Bill Clinton’s impeachment trial in 1998, and the 1999 Columbine High School massacre.

In 2020, the business and economic news network CNBC announced that Smith would join the network as a chief general news anchor. He serves as the host of ‘The News with Shepard Smith,’ a primetime news program that airs weekdays.

Archive footage of him anchoring ‘Shepard Smith Reporting’ covering the 2016 US presidential election was used in the documentary drama ‘Bombshell’ in 2019.

Here are some of the best highlights of Shepard Smith’s career:

“The exact time of death, I think, is not something that matters so much at this moment for we will be reliving John Paul’s life for many days and weeks and even years and decades and centuries to come.” – Shepard Smith

“I slept very well. I don’t know how some people sleep at night because I know there are a lot of people who have propagated the lies and have pushed them forward over and over again, who are smart enough and educated enough to know better. And I hope that at some point, those who have done us harm as a nation.” – Shepard Smith

“I feel the same way about that now than I did then. My goal was to keep the blinders on and to do my job to the best of my ability. Opine all you like, but if you’re going to opine, begin with the truth and go from there. It’s that deviation from that that has caused me the greatest concern.” – Shepard Smith

“If you feel like the Fox viewers were getting his- or disinformation, I was there to make sure that they got it straight. There were a lot of others in there who were trying to do the same thing. But I thought to abandon it and to deprive those viewers to deny them that, with the thought that they might replace it with opinion instead. – Shepard Smith

“Opine all you like, but if you’re going to opine, begin with the truth and opine from there. And it’s that deviation from that that has caused me the greatest concern. I believe that when people begin with a false premise and lead people to astray, that’s injurious to society, and it’s the antithesis of what we should be doing.” – Shepard Smith

Now that you know all about Shepard Smith’s net worth and how he achieved success; let’s take a look at some of the lessons we can learn from him:

Success doesn’t come over a night it comes with hard work and getting outside the box.

You always have to stick to the correct facts, especially when you’re a journalist.

We don’t communicate in complete sentences. We don’t need all those words.

How much is Shepard Smith worth?

Shepard Smith’s net worth is estimated to be $25 Million.

How old is Shepard Smith?

How tall is Shepard Smith?

Shepard Smith is an American television news anchor who joined Fox News when the network was created in 1996.

He stayed with Fox News until 2019. Smith became one of the most recognizable faces on the channel access all news television. Throughout his career, he is also known for hosting shows such as ‘Fox Report, ‘Studio B,’ and ‘Shepard Smith Reporting.’

What do you think about Shepard Smith’s net worth? Leave a comment below.