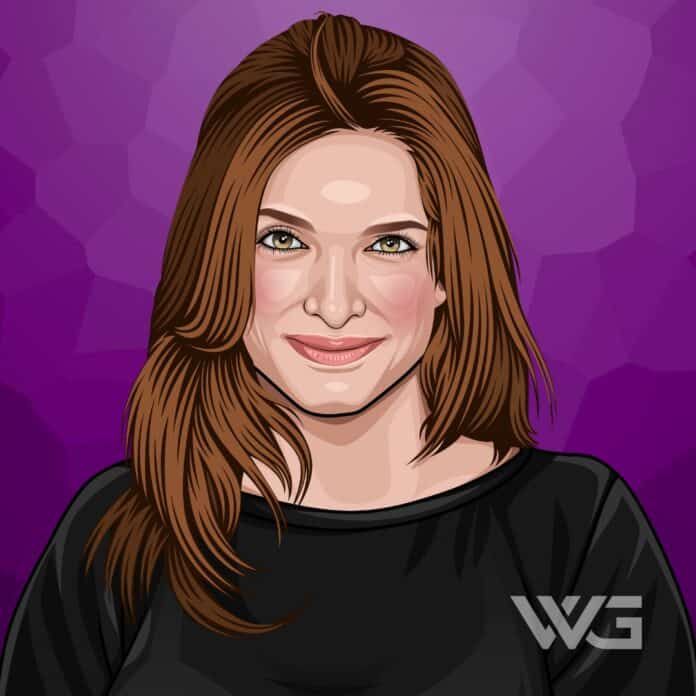 What is Stephanie Seymour’s net worth?

Stephanie Seymour is an American model and actress that has been active since the early 1980s.

She has been featured in several fashion magazines, including the famed Sports Illustrated Swimsuit Issue, and was selected as one of Victoria’s Secret Angels.

Seymour’s career reached new heights during the 90s thanks to these appearances while she also pursued both acting and writing.

As of January 2023, Stephanie Seymour’s net worth is estimated to be $100 Million.

Seymour was the middle child of Californian parents, with her father working in real estate development while her mother was a hairdresser.

Though she had a common upbringing, Seymour was pulled into the modeling world at a very young age. When she was just 14 years old, Seymour was dating John Casablancas, the head of Elite Model Management.

The relationship caused a lot of public concern. Casablancas was 42 years old and was married at the time. During their relationship, Seymour had become more involved in modeling and won the Look of the Year contest.

Seymour spent most of her teenage years modeling for department stores and local newspapers before starting to get national attention.

By the time she was 20, Seymour began appearing on national magazine covers, establishing her as one of the first ever supermodels.

Stephanie Seymour spent the rest of the 1980s appearing in globally popular magazines including Vogue, Playboy, and the Sports Illustrated Swimsuit Issue.

Seymour’s popularity skyrocketed during the 90s when she became a cover model for several magazines. She also started work as a hosiery model for Victoria’s Secret during its early years and would work on several of their Fashion Shows.

Named as one of the hottest women in the world by FHM, Seymour’s career continued into the 2000s. She modeled for the likes of Salvatore Ferragamo and Estee Lauder, becoming a spokesmodel for the latter.

Seymour branched out into acting, landing her first role in the 1994 video game “Hell: A Cyberpunk Thriller”. Her two other acting roles came in the 2000 film “Pollock” and a 2002 episode of “Law & Order: Criminal Intent”.

Stephanie Seymour is often cited alongside the likes of Cindy Crawford, Naomi Campbell, Kate Moss and Claudia Schiffer as being one of the original supermodels, many of whom Seymour has collaborated with.

Due to her work as a model and spokesperson, Stephanie Seymour continues to earn money despite not modeling on a full-time basis.

Seymour also has a lingerie line that launched in 2017 and is still in production, allowing her to collect royalties each year.

The figures listed are estimated based on Seymour’s sources of income and not guaranteed to be 100% accurate.

Stephanie Seymour has been able to enjoy retirement from modeling on a full-time basis, and is one of the richest models in the world thanks to her continued part-time work and her family’s wealth.

Seymour’s husband, Peter Brant, is the chairman of three companies, including White Birch Paper, while also making millions as an art dealer.

The figures listed are estimated based on Seymour and Brant’s career earnings and business valuations, which are not guaranteed to be 100% accurate.

Here’s a breakdown of Stephanie Seymour’s annual net worth:

In 1989, Stephanie Seymour married guitarist Tommy Andrews, who is mostly known for his cover songs of rock bands like Black Sabbath. The couple would split the following year after having one child together, Dylan Thomas Andrews.

Following her brief marriage, Seymour began a relationship with Guns N’ Roses frontman Axl Rose. It was a tumultuous time, however, as the two had accused each other of abuse. This led to their split and they ultimately settled their differences in court.

Not too long after her relationship with Rose ended, Stephanie Seymour began dating Peter Brant, a man with tremendous wealth from his father’s publishing company. Seymour and Brant make up one of the richest celebrity couples in the world after their marriage in 1995.

Throughout their marriage, Seymour and Brant have had three children. Peter II was born in 1993 and has gone on to become a model himself. Their son Harry was born in 1996, but sadly passed away at 24, and their daughter Lily Margaret was born in 2004.

If you want to see what she’s up to day to day, Stephanie Seymour is active on social media with an official Instagram account that has a large following.

With a modeling career spanning four decades, Seymour has accomplished more than most models could dream of.

Modeling may not have individual accolades like the worlds of acting or athletics, but Stephanie Seymour has plenty of achievements to her name.

Here are some of Stephanie Seymour’s career awards and achievements:

Stephanie Seymour is synonymous with the rise of supermodels in the 1980s and 1990s, becoming known for much more than just modeling.

How Does Stephanie Seymour Spend Her Money?

Stephanie Seymour doesn’t have a garage full of vehicles that she prefers, but rather just one brand: Land Rover. Seymour is typically spotted driving a Range Rover, which is one of the most expensive cars in the world currently.

Seymour and her husband Peter Brant are more interested in real estate than they are in vehicles. In 2022, the couple purchased a pair of adjacent town houses in New York’s Upper East Side for a combined $20 million.

The news of the couple moving into the city came shortly after it was announced that they sold their oceanfront property in Sagaponack, New York for $26 million. The couple has spent most of their time living in the northeastern part of the United States.

The former teenage model went on to become a global sensation, cementing her status as one of the greatest supermodels of all time.

What’s just as impressive for Seymour is that she was able to find her footing outside of the modeling world, as well. Because of this, Seymour has had a lot of great moments.

Here are some of the best highlights of Stephanie Seymour’s career:

Being versatile is one of the biggest aspects of staying relevant for decades and Stephanie Seymour has done just that throughout her illustrious career.

Stephanie Seymour has been in the public eye since her teenage years and has talked at length about her career and modeling in general.

Over the years, Seymour has given out life advice, fashion tips, and much more, as one of the leading experts in the modeling industry.

Here are our favorite quotes from Stephanie Seymour:

There is a lot that can be learned from one of the world’s first supermodels and Seymour is one of the best for aspiring models to learn from.

Seymour has a lot of business and life experience, whether it be relationships, beauty advice, or anything else, Seymour’s expertise should be taken to heart.

Here are some of the best success lessons to learn from Stephanie Seymour:

You may not be a natural at what you’re setting out to achieve, and that’s just fine.

Seymour said that in the first show she ever did, she was talking to herself while walking on the runway and was moving much too fast.

Shortly after that first show, Seymour found her footing and became successful in the modeling industry.

2. You Won’t Find Love Right Away

In terms of her personal life, Stephanie Seymour has had a lot of ups and downs. Before meeting her now husband Peter Brant, Seymour had rocky relationships.

This includes her relationship with Axl Rose, which Seymour said was clearly a mistake and that she learned a lot from the experience.

Seymour noted that the allure of some people can sometimes blind you into thinking a relationship is the right fit.

3. Step Away From Your Comfort Zone

It would have been easy for Stephanie Seymour to simply continue modeling and not pursue other career interests.

Instead, Seymour tried her hand at acting and writing during the height of her career in the mid 1990s. All in all, she was able to land a trio of acting roles and wrote her own best-seller.

Stephanie Seymour has seen and done it all in the modeling industry while also pursuing an acting and writing career.

Seymour began modeling when the industry was on the rise four decades ago and became an iconic figure throughout the 90s.

These days, Seymour is more focused on her family and her lingerie line, Raven and Sparrow, but still remains one of the most recognizable models in history.

As of January 2023, Stephanie Seymour’s net worth is estimated to be $100 Million.

What do you think about Stephanie Seymour’s net worth? Leave a comment below.