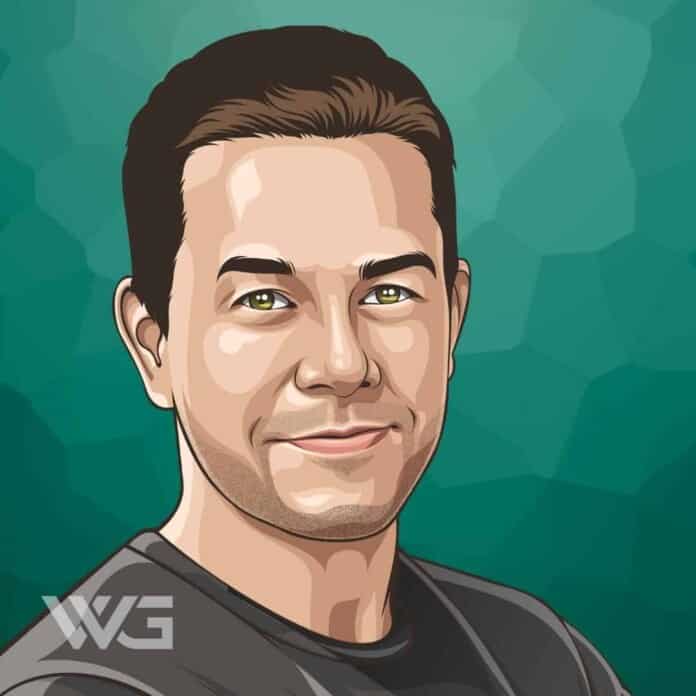 What is Mark Wahlberg’s net worth?

As of November 2022, Mark Wahlberg’s net worth is $400 Million, and he’s one of the richest actors in the world. Mark is an American actor, producer, businessman, former model, and former rapper. He went from a gang member, and drug dealer; to a famous, well-known actor.

Before Mark’s acting career took off, he was a rapper/model and would rap under the name: Marky Mark.

Mark Wahlberg was born on the 5th of July 1971, in Boston, Massachusetts; with a rather large family. Mark was actually the youngest of nine siblings, which can’t have made it easy for him growing up.

Wahlberg had quite a troubled childhood when he was growing up. His parents divorced, he never graduated from high school… he joined a gang and began selling cocaine on the streets of Boston.

When he was 17, Mark was arrested for attempted murder, and sentenced to two years in prison; but eventually only served 45 days of this sentence.

There were many separate incidents, but Mark was given a second chance, and he later said that he seriously regretted the actions he mad as a teenager.

As you probably know, Mark started out his career in the entertainment business as a rapper. As a teenager, he would rap with a group of his friends, including his brother: who became the star of the ‘New Kids on the Block’.

With the help of his brother Donnie, several of the records Mark helped produce reached the Billboard Top 100 Charts.

Alongside this, Wahlberg became a model for Calvin Klein and started making small appearances in TV shows.

Today, we’ve seen him take the lead role in some world-famous movies, including the likes of Max Payne, Ted, Lone Survivor, The Gambler, Daddy’s Home, Patriots Day and more.

Wahlberg has collaborated with the likes of Dwayne Johnson, Mila Kunis, Will Ferrell, Mel Gibson, John Cena, and many more.

Here are some of the best highlights from Mark Wahlberg’s career:

“If I succeed in business but fail as a father, then I’ve failed.” – Mark Wahlberg

“I have a lot of real-life experience with hustling.” – Mark Wahlberg

“There’s a storm inside of us. I’ve heard many team guys speak of this. A burning. A river. A drive. An unrelenting drive to push yourself further than anyone could ever think possible.” – Mark Wahlberg

“You got to have faith. Look at all the junk and see the treasure.” – Mark Wahlberg

“You know you have two choices in life, basically, to succeed or to fail.” – Mark Wahlberg

“I’ve always wanted to be in the health and wellness business. I try to encourage people to live a healthy lifestyle.” – Mark Wahlberg

View our larger collection of the best Mark Wahlberg quotes!

3 Keys to Success from Mark Wahlberg

Naturally, as with any other star and their past, there is a lot to be learned about how they achieved success. We’ve brought you 3 success lessons from Mark Wahlberg:

1. When You Get A Second Chance, Take it

Some of Mark Wahlberg’s crimes could have easily landed him in a position with no second chance available. However, he was given one; and he took advantage of it.

He regrets his earlier actions and made a huge effort to turn his life around. He left his gang, stopped selling cocaine, and started making a real life for himself.

2. Use Only Simple Math

Nowadays when it comes to opportunities and commitments, Wahlberg does very simple math. Questions such as:

3. Don’t Be Afraid to Mellow With Age

One of the biggest worries of any man is that he’ll stop being able to have fun when he ages. However, Mark says that the fun he has now is a different kind of fun, which he prefers now at this stage of his life.

How much is Mark Wahlberg worth?

Mark Wahlberg’s net worth is estimated to be $400 Million.

How old is Mark Wahlberg?

How tall is Mark Wahlberg?

Mark Wahlberg may have a dark past, but he was able to turn his life around and produce a very successful career out of it.

So successful, that Mark Wahlberg’s net worth is now $400 Million, and he’s one of the richest actors worldwide.

What do you think about Mark Wahlberg’s net worth? Leave a comment below.