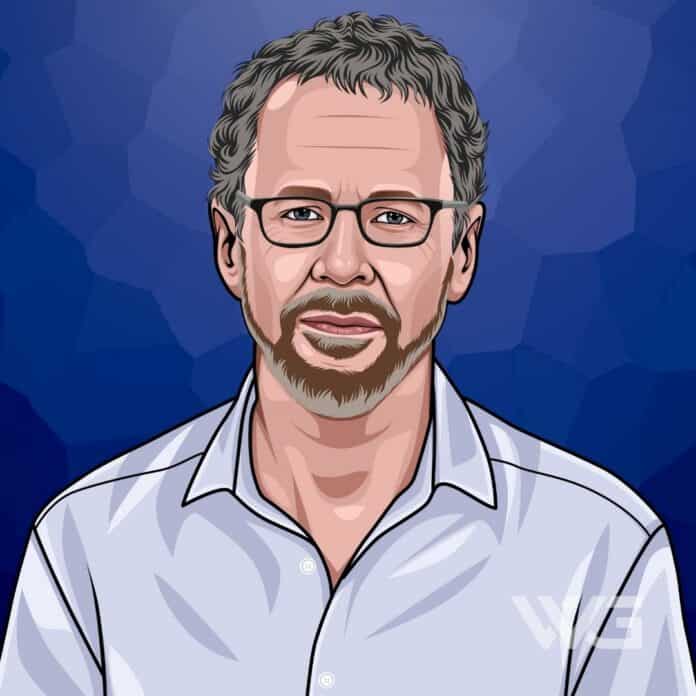 What is Ethan Coen’s net worth?

Ethan Coen is an American film director, writer, and producer known for his award-winning collaborations with his brother, Joel.

Their work is renowned for its genre-defying approach to cinema, with the duo effortlessly blending comedy and drama in many of their movies.

Ethan Jesse Coen was born September 21, 1957, in St. Louis Park, Minnesota, and was raised along with his brother Joel by his parents, Edward and Rena Coen.

He developed an interest in movies from an early age, with the Italian movies from Federico Fellini in particular becoming a huge influence on his developing style.

During the 1960s, Coen saved money to buy his first camera, a Vivitar Super 8, which he used with his brother to remake movies they saw on television.

Ethan Coen’s professional career in the film industry began in the 1980s, working as a production assistant after he graduated from New York University.

After producing and directing the low-budget thriller Blood Simple and the Sam Raimi-directed Crimewave, they worked with Nicolas Cage on the comedy, Raising Arizona.

Before long, Ethan Coen was working with some of the richest actors in the world, notably with George Clooney on O Brother, Where Art Thou?

He collaborated with Brad Pitt on the comedy Burn After Reading, then teamed up with Clooney and Catherine Zeta-Jones, one of the richest actresses in the world, for Intolerable Cruelty.

His biggest critical hit came in 2007 with the release of No Country For Old Men, winning four Academy Awards out of a total of eight nominations.

More recent projects such as The Ballad Of Buster Scruggs and Hail, Caesar! have continued to earn critical and commercial acclaim for Ethan Coen.

While the specific figures on Ethan Coen’s career earnings are not available, much of his income has come through his collaborations with his brother, Joel.

As such, their combined career earnings can be used as an approximation for Ethan’s individual salaries for his work on movies and other projects.

With Ethan and his brother Joel involved in numerous upcoming projects and ongoing royalties through their back catalog, Ethan’s earnings will continue to grow.

Ethan Coen’s impressive filmography and numerous awards have secured his reputation as one of the most important figures in Hollywood.

As one of the richest directors in the world, his net worth has been enhanced with several box office successes over the years, notably Fargo, The Big Lebowski, and No Country For Old Men.

Upcoming movie and television projects and his ongoing royalties for previous movies will ensure continual growth for Ethan Coen’s net worth.

In 1990, Ethan Coen married the film editor Patricia Cooke, with whom he has two children, a daughter Dusty and a son named Buster Jacob.

He lives with his family in New York, remaining close to his film industry ties while maintaining a private life away from media scrutiny.

Ethan Coen prefers to avoid social media, with no presence on the main platforms, although his official IMDB page offers regular updates on his career.

The recipient of dozens of awards and honors over the course of his career, Ethan Coen has been acknowledged for his talent by the most prestigious film industry institutions.

This includes everything from mainstream Academy Awards to honors from international institutions such as the Cannes Film Festival.

Here are some of the awards and accolades from Ethan Coen’s career:

We can expect many more awards and honors for Ethan Coen as he continues to release new and innovative movies and other projects.

How Does Ethan Coen Spend His Money?

Ethan Coen rarely discusses his personal financial activities and investments with the media, so little is known about how he spends his money.

In 2013, he listed a residence in Greenwich Village for sale along with his brother, putting the property on the market for $2.34 million.

The residence featured a mezzanine loft, a huge living room, and a series of custom-made bookshelves with a library ladder.

Ethan Coen’s impressive career as a filmmaker and writer has seen him experience many moments of success worth noting.

He’s worked with some of the leading lights in the industry, drawing inspiration from a broad range of classic literary sources.

Here are some of the best highlights of Ethan Coen’s career:

We can anticipate many more future highlights and notable successes for Ethan Coen with each new project he releases.

Ethan Coen’s experiences both in movies and as a television producer have been reflected in many interviews throughout his career.

He’s discussed his creative process for creating many of his iconic movies, from writing to choosing the best music for the soundtrack.

Here are our favorite quotes from Ethan Coen:

Now that you know all about Ethan Coen’s net worth, we’ll look at how his hugely successful film director career can help us improve our lives.

His high-quality screenwriting offers great insights into the creative process, which can be applied to other creative pursuits.

Here are some of the best success lessons to learn from Ethan Coen:

While many screenwriters prefer to stick to a tried-and-trusted template, you don’t have to do so to write a great screenplay.

Whether you’re writing fiction, movie scripts, or music, go with your gut instinct.

Relocating a contemporary-set story to the past is a great way to bring in more interesting elements and subtext, so if you’re a writer, add this rule of thumb to your style guide.

3. Take Elements From Real Life To Spice Up Your Fiction

Remember the old expression, truth is stranger than fiction, then take this principle to your desk the next time you sit down and research a project.

Crazy things always occur in the real world, so use them to inspire your stories to feel more real and relatable.

So there you have it, our comprehensive article exploring the life, career, and net worth of iconic American film director Ethan Coen.

His prolific career has resulted in many critically and commercially successful movies, with additional projects coming in the future.

Since these new movies will increase his net worth, be sure to check back on this article again, as we’ll be updating it with the most up-to-date facts and figures.

What do you think about Ethan Coen’s net worth? Leave a comment below.