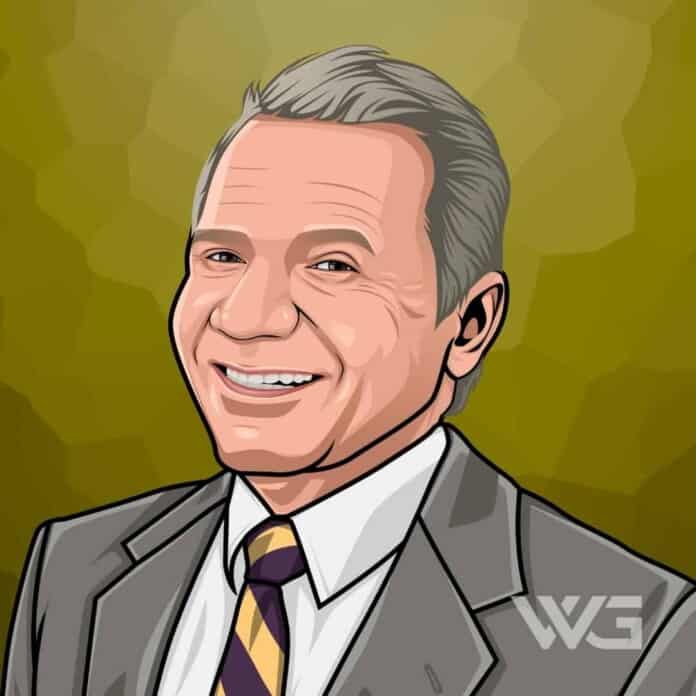 What is Thomas Peterffy’s net worth?

Peterffy is the founder, chairman, and largest shareholder of Interactive Brokers. He worked as an architectural draftsman after emigrating to the United States and later became a computer programmer.

As of November 2022, Thomas Peterffy’s net worth is estimated to be roughly $17 Billion.

Thomas Peterffy was born on the 30th of September, 1944, in Budapest, Hungary.

His father emigrated to the US after the failure of the Hungarian Revolution in 1956.

He left his engineering studies in Hungary and emigrated to the United States to rendezvous with his father in New York in 1965.

When he moved to New York City, he did not speak English. Peterffy began his career in the US as an architectural draftsman working on highway projects for an engineering firm.

Of his background in programming, Peterffy said, “I think the way a CEO runs his company is a reflection of his background. Business is a collection of processes, and my job is to automate those processes so that they can be done with the greatest amount of efficiency.”

Peterffy left his career designing financial modeling software and bought a seat on the American Stock Exchange to trade equity options. During his career in finance, he has consistently pushed to replace manual processes with more efficient automated ones.

He would write code in his head during the trading day and then apply his ideas to computerized trading models after hours. Peterffy created a major stir among traders by introducing handheld computers onto the trading floor in the early 1980s.

His business-related to his AMEX seat eventually developed into Interactive Brokers. He stepped down from the CEO role in 2019.

As of November 2022, Thomas Peterffy’s net worth is estimated to be $17 Billion.

How Does Thomas Petterffy Spend His Money?

Thomas Petterffy spends some of his money on real estate.

Here are some of the best highlights of Thomas Peterffy’s career:

“America’s wealth comes from the efforts of people striving for success. Take away their incentive with badmouthing success, and you take away the wealth that helps us take care of the needy.” – Thomas Peterffy

“I had an extremely boring time making 20 to 30 trades a day while everyone was talking about baseball or basketball. So I stood there fantasizing about a device that could do the same thing I was doing.” – Thomas Peterffy

“I see no point in exchanging something that I understand, know, love, and think will have a great future for something else that I know much less about.” – Thomas Peterffy

“I don’t think my basic business strategy is well known by the public, probably because people think it’s too simple. My strategy has always been to try to focus in on a product or service where you can create a dollar of value for 20 cents and sell it for 40 cents.” – Thomas Peterffy

“What I am objecting to is linking bitcoin and other cryptocurrencies by federal regulations to the real economy, which would happen if we were to clear bitcoin along with other products in the same trading house.” – Thomas Peterffy

Now that you know all about Thomas Peterffy’s net worth and how he achieved success; let’s take a look at some of the lessons we can learn from him:

1. Always Work On Yourself As A Person

There’s a reason why personal development and business development seem to go hand in hand – it’s because the health of a business owner is often reflected in the business.

Good leaders know that they can’t do everything themselves. As a result, they learn to bring people onto their team and delegate.

As a leader, you’re probably going to be asked to take on new projects or participate in other events.

While in the beginning, it makes sense to take every opportunity that comes your way, eventually, it becomes detrimental to your progress. That’s why learning how to say no is always one of the lessons on leadership business owners must learn.

How much is Thomas Peterffy worth?

Thomas Peterffy’s net worth is estimated to be $17 Billion.

How old is Thomas Peterffy?

How tall is Thomas Peterffy?

Thomas Peterffy is a Hungarian-born American billionaire who began his professional career as a computer programmer, designing trading software.

Soon after, he bought a seat on the American Stock Exchange and began doing his own trading.

In 1977, Peterffy purchased a seat on the American Stock Exchange and played a role in developing the first electronic trading platform for securities.

As of November 2022, Thomas Peterffy’s net worth is estimated to be $17 Billion.

What do you think about Thomas Peterffy’s net worth? Leave a comment below.