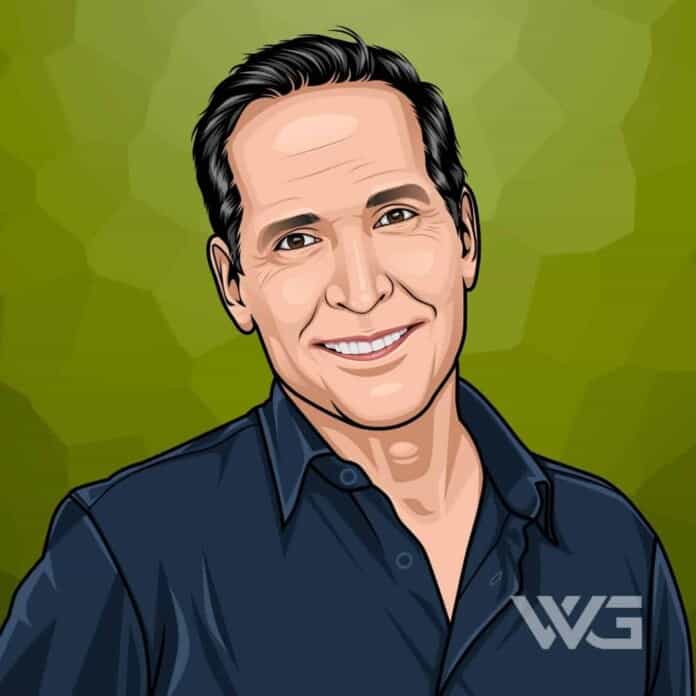 What is Todd McFarlane’s net worth?

Todd McFarlane is a comic book creator and artist.

McFarlane is best known for his work on the ‘Amazing Spider-Man.’ In the late 1980s, he was a comic book superstar due to his work on Marvel Comic’s ‘Spider-Man’ franchise.

McFarlane is the son of Bob and Sherlee McFarlane. He has two brothers. During his childhood, the family lived in 30 different places from Alberta to California.

McFarlane started drawing as a hobby when he was really young. He developed an interest in comics, and he started to learn how to draw them. He has always been a fan of comics creators such as John Byrne, Jack Kirby, and Frank Miller.

McFarlane rose to fame in 1988, when he joined writer David Michelinie to work on ‘The Amazing Spider-Man. He gained attention for his detailed illustrations of the superhero. He drew the first full appearance of the character Eddie Brock.

McFarlane was unhappy with the lack of control he had over his work when it pertained to the direction of the comics’ storylines. After doing the run of ‘The Amazing Spider-Man,’ McFarlane left in 1990.

Marvel gave him a new “Spider-Man” comic to draw. The first issue was released in 1990. He wrote and illustrated 14 more issues. However, fans were not happy with his writing. He released the final point in 1991.

After leaving Marvel, he teamed up with some other artists to establish Image Comics. He went on to publish his new comic creation, her Spawn. It broke sales records when it sold 1.7 million copies upon its release in 1992.

In 1994, McFarlane partnered up with DC Comics. Later that year, he stopped being the illustrator and writer of ‘Spawn.’ He would later hire writers such as David Hine and Angel Medina.

How Does Todd McFarlane Spend His Money?

McFarlane has helped different charities throughout his career. He has designed home plates for charity.

Here are some of the best highlights of Todd McFarlane’s career:

“I guess The Grudge made over $100 million, but none of them had long legs after they came out, but they all opened up and found an audience. If you could make those movies for a price, which is what I want to do with Spawn, then you could have some success.” – Todd McFarlane

“I’ve been fortunate to come on places where the question isn’t why did I do it? The question to me is always, why didn’t anybody else do it before me? Those are the ones that I scratch my head about.” – Todd McFarlane

“Given that I have to share my computer with my three children, it’s not usually a site that I get to spend that much time on. I’m usually on the Nickelodeon site, coloring with my little five year old or something.” – Todd McFarlane

“A lot was happening, plus there were an enormous number of people in the industry that we’re going to conventions, so it was a pretty fun time. Also, there was a lot of controversies and I was at the forefront of some of that.” – Todd McFarlane

“It can’t happen today the way it did back then, and part of that is because I think there’s a bit of a competitive scare over at Marvel and DC, so they lock guys up with exclusive contracts.” – Todd McFarlane

“To me, I was always just standing on the sidelines because up until issue 50. We were just doing Spawn. I wasn’t recruiting anybody because I didn’t have any books for people to work on.” – Todd McFarlane

Now that you know all about Todd McFarlane’s net worth and how he achieved success; let’s take a look at some of the best lessons we can learn from him:

Image has to be its own fortress, in spite of the owners. People can’t separate that, or they don’t comprehend that you can turn that on and off for each one of the different entities.

If your motives aren’t clean, money itself becomes evil. But when we don’t have enough money evil, the world tells us we’re losers.

Have fun with what you’re doing right now, because if you’re not enjoying it, what is the point?

How much is Todd McFarlane worth?

Todd McFarlane’s net worth is estimated to be $300 Million.

How old is Todd McFarlane?

How tall is Todd McFarlane?

McFarlane is best known for his work on the Marvel Comics series ‘The Amazing Spider-Man. McFarlane is the best example of someone who has been chasing his dream since he was very young. Growing up, he always was interested in comics, and today he is one of the most successful comic book creators.m

In the late 90s, he started to focus more on entrepreneurial efforts.

He created companies such as McFarlane Toys and Todd McFarlane Entertainment.

What do you think about Todd McFarlane’s net worth? Leave a comment below.

Discover the career highlights and tournament victories that helped Bastian Schweinsteiger earn his monumental net worth.