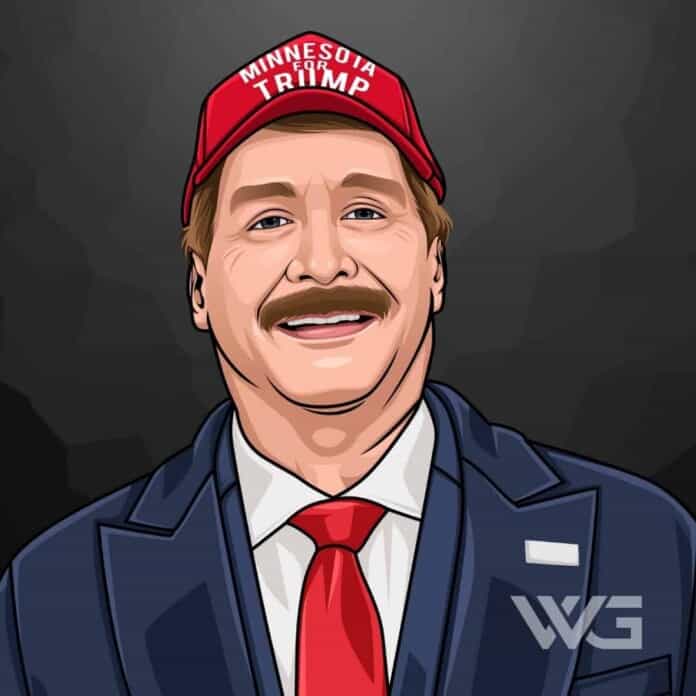 What is Mike Lindell’s net worth?

Mike Lindell “My Pillow Guy” is a businessman. Lindell is the founder of My Pillow.

He is a supporter of former President Donald Trump. After Trump’s defeat in the 2020 election, he spread false conspiracy theories about electoral fraud in that election. Since then, he has been an active promoter of the toxic plant extract oleandrin.

Michael James Lindell was born on the 28th of June, 1961, in Minnesota. Lindell was raised in Minnesota. He struggled with a gambling addiction growing up. He attended the University of Minnesota after high school. Lindell later dropped out a few months after his studies.

In his adult years, he was addicted to cocaine and was a frequent user of the drug. His addiction became more serious after he switched to crack in the 1990s.

In 2004, Lindell invented My Pillow, and he made the business grow into a major manufacturing company. The Better Business Bureau later revoked the accreditation of My Pillow.

Lindell started to make donations to the Salvation Army, Union Gospel, and other organizations. Growing up being an addict, he thought it would be a great idea to create his own non-profit organizations for former addicts. He formed the Lindell Foundation as a result.

In 2019, he launched the Lindell Recovery Network, which connects addicts that have been through drug addictions.

Major retailers stopped carrying My Pillow products as of this year. Lindell thought that was the result of his claims relating to the 2020 United States presidential election results. Lindell appointed his son the company’s CEO in 2020.

In March this year, media reported that Lindell was launching a social media platform, which he described to be a platform that looked like between Youtube and Twitter. It’s called “Vocl.”

Lindell later changed the name to Frank, because of a dispute with a company that had established a website called Vocal. It took him a total of four years to develop Frank.

Here are some of the best highlights of Mike Lindell’s career:

“We take such good care of our employees. What I do is think about what I would want my employer to be like. We started helping our employees with every facet of their lives, and our HR problems went from A to Z in reverse.” – Mike Lindell

“I first met Mr. Trump in August of 2016, during which we specifically spoke about everything made in America, bringing jobs back to the U.S. and strategies for reviving the inner cities. I realized right then he would be the best president ever.” – Mike Lindell

“I always had the dream of doing a ‘real’ infomercial because I had done smaller home shows and fairs. Everyone said it wasn’t going to work. ‘You need a movie star,’ they said. But I wanted to do it myself because I’m selling the passion – there is a problem, and I have a solution – that had resonated well with people.” – Mike Lindell

“I live in the same town I grew up in, and all my kids have worked for me, and now, I have grandkids, and now, it’s amazing. They came through. They all played a part in my business, and that’s pretty amazing.” – Mike Lindell

“I was 16 years old at the Supervalu Store in Chaska, Minnesota, working as a bag boy, and with one of my checks, I went out and bought a $70 pillow in 1977. Who does that as a teenager?” – Mike Lindell

“You got this guy out here. He’s claiming to be me. That’s an imposter. First, they went for our phones, and now they’re sending in clones.” – Mike Lindell

Now that you know all about Mike Lindell’s net worth and how he achieved success; let’s take a look at some of the best lessons we can learn from him:

God’s given me a gift to be able to put people in the right position, where their strengths are!

Addiction’s some kind of disease? No, it’s not. It’s a mask of pain that usually comes from childhood and fatherlessness.

There are bad people in all walks of life, including the police.

How much is Mike Lindell worth?

Mike Lindell’s net worth is estimated to be $50 Million.

How old is Mike Lindell?

How tall is Mike Lindell?

Mike Lindell rose to fame for being the founder and creator of My Pillow. Being a supporter of Donald Trump, he has been involved in Trump’s attempts to overturn the presidential elections.

Lindell is best known for providing financial supports and spreading conspiracy theories that have shocked many around the world. Lindell is the man behind the non-profit organization Lindell Foundation, which has helped drug addicts to obtain treatment. This is a perfect example of a struggling man who has turned his life for the better, and now he is helping others.

What do you think about Mike Lindell’s net worth? Leave a comment below.

What is Bob Weir's net worth?  Introduction    Bob Weir is...