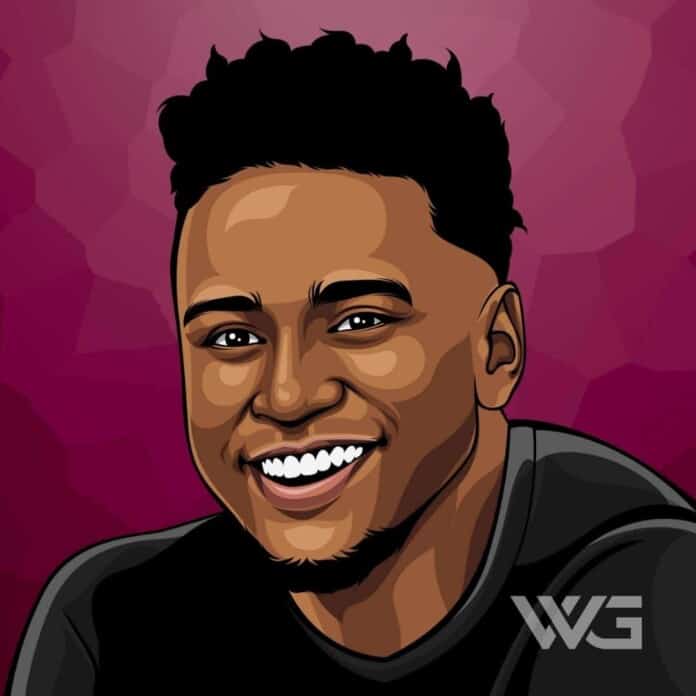 What is Trey Songz’s net worth?

Trey Songz, also known as Tremaine Aldon Neverson, is a well-known actor, singer, and songwriter; and has quickly become a sensation within the musical industry.

Since the beginning of his career, he has worked with some of the biggest names in the industry.

Trey was born in Petersburg, Virginia on November 28, 1984, to Claude Neverson and April Tucker. Trey’s mom was only 17 years old when he was born and later married a military man with whom she raised Trey.

Trey attended Petersburg High School and first debuted his musical talent in the 1998 talent show at his school. After this, he went on to take part in several other talent shows; one of which led to him being discovered by Troy Taylor, a record producer with Atlantic Records.

This led to him signing a contract with the label at the age of 15.

While in high school, Trey formed a musical group with a few of his friends from school and he would spend his summers in New Jersey with Troy Taylor learning more about his own talent and the industry.

After Trey graduated from high school in 2002, he moved to New Jersey to pursue his career.

He received $100,000 in advance in 2003 and began recording his music in 2004 and later released numerous mixtapes using the name ‘Prince of Virginia.’

In 2007 he released the album ‘Trey Day’ which featured other musicians like Danja, Terry Lewis, and many more, the album reached number 11 on the Billboard top 200 chart.

He released two more mixtapes, ‘Anticipation’ and ‘Genesis’ which contained vocal recordings of him at 15.

In 2009 his new album ‘Ready’ showed that he sort of reinvented himself and changed his look and style to more sensual and cool club-ready music. The album hit number 3 on the Billboard charts and had six hit singles.

His 2010 single ‘Bottoms Up’ with Nicki Minaj reached number six on the Billboard Hot 100 and was one of the greatest hits of his career.

In 2011 he released the album ‘Inevitable’ and made his a debut as an actor starring in the film ‘Texas Chainsaw 3D.’ In 2014 he debuted ‘Trigga’ and the album made number one on the Billboard 200 charts.

Here are some of the best highlights of Trey Songz’s career:

“Life in general you gotta believe in you…. you live your life for you, you do what you do for you because the moment you start to live your life for others you’ll lose yourself within that. Focus on what it is you want to have. Go get it.” – Trey Songz

“Change is a natural form of progression.” – Trey Songz

“Never forget the morals instilled in you and what really matters in Life. Never let other voices of other people drown out your inner voice.” – Trey Songz

“Count your blessings. Every time I am doing bad I count my blessings. And I always lose count. Try that sometime.” – Trey Songz

View our larger collection of the best Trey Songz quotes!

3 Rules for Success from Trey Songz

Now you know all about Trey Songz’s net worth and how he became successful, let’s take a look at some of the best success lessons we can learn from him:

1. You have to believe in yourself

Change is part of progression and progression means you’re doing something right and your life is headed in the right direction. More often than not making a change in your life will take you a step closer to where you want to be.

3. Stay true to your morals

Staying true to what you believe in and what you think is morally correct is crucial in life. And if you want to see change happen, you have to start somewhere, and by setting an example, you can have a tremendous impact on those around you.

How much is Trey Songz worth?

Trey Songz’s net worth is estimated to be $12 Million.

How old is Trey Songz?

How tall is Trey Songz?

Trey is currently one of the most well known and mainstream musicians and has gained a lot of well-deserved recognition for his talent.

He has had numerous top hits since the beginning of his career and will continue to put out more as he grows as a musician.

Trey Songz’s net worth is about $12 Million and he will earn more in the years to come.

What do you think about Trey Songz’s net worth? Leave a comment below.