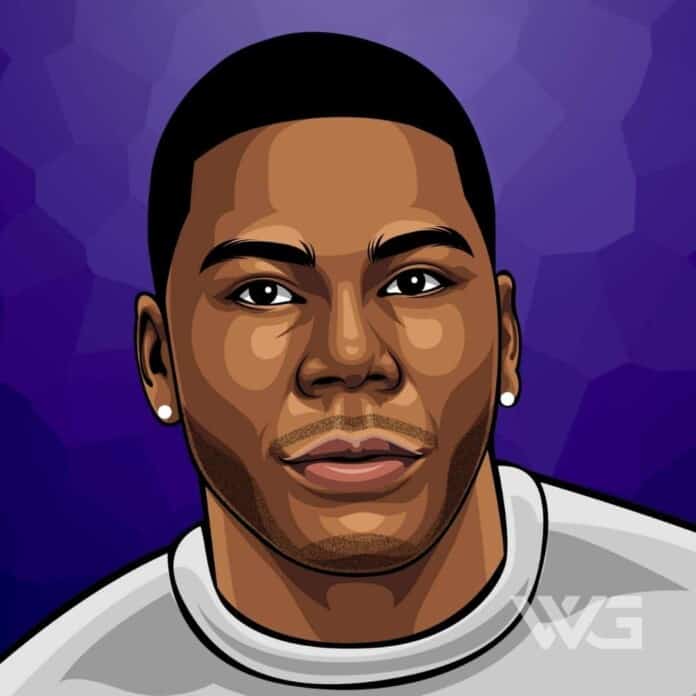 What is Nelly’s net worth?

Cornell Iral Haynes Jr., known professionally as Nelly, is an American rapper, singer, songwriter, and entrepreneur from Texas. He embarked on his music career with Midwest hip hop group St. Lunatics in 1993.

His album ‘Country Grammar’ is his best-selling album to date, selling over 8.4 million copies in the US.

Cornell Iral Haynes Jr. was born on the 2nd of November, 1974, in Austin, Texas. He is the son to Cornell Haynes Sr. and Rhonda Mack, where his father served in the armed forces. His parents divorced when he was 7 years old, he lived with his mother in St. Louis.

In 1995, Haynes Jr. became a part of the hip hop group, ‘St Lunatics’. The group became popular and their single, ‘Gimme What Ya Got’ was a smash hit.

Two years later, Nelly dropped his second studio album ‘Nellyville’ which was one of his most successful and acclaimed albums. The album topped the music charts and sold millions of copies all across the globe.

In 2004, Nelly dropped his third studio album, ‘Sweat’. The album received positive reviews from music critics and it peaked on the music charts, in the U.S and internationally.

The following year, he played the role of ‘Earl Megget’ in the comedy film ‘The Longest Yard’. The film was a huge success at the box office. The same year he released his fifth studio album ‘Brass Knuckles’ which again was an incredible success for him.

In 2010, he came out with his sixth studio album, ‘5.0’, which was released under the Universal Motown and the Derrty Ent label. The single, ‘Just a Dream’, from this album, was a massive hit.

A year later, he made several cameo appearances on various television shows. The shows include the reality show, ‘T.I. and Tiny: The Family Hustle’, and some episodes of ‘90210’.

He came out with the mixed tape titled, ‘Scorpio Season’, in 2012 which was his second mixed tape. The same year, he played himself on the reality television show, ‘The Next: Fame Is at Your Doorstep’.

In 2013, he came out with the single, ‘Hey Porsche’, which was a part of his album titled ‘M.O’. He also announced that the album would feature singer Chris Brown in the song, ‘Marry Go Round’.

Here are some of the best highlights of Nelly’s  career:

“Sometimes I would ride with my daughter in the car to go make transactions. A couple of times me, her and my baby mother would be in the car and you know we would kind of be riding dirty. So like I said, again man, I was very naïve.” – Nelly

“My father lead by fear. I did what my father said ‘cause I was scared of getting my ass beat. His voice rang so vividly in my head. That it was just…a fear.” – Nelly

“So many people appreciate what you’ve done, the doors you’ve opened, but some people realize they’re not going to be able to make as much money as they thought possible when you first started.” – Nelly

“You always get that energy, you just want to be heard, to go out, do your thing and show people that we have just as much talent here as everywhere else.” – Nelly

“Lifes strange, times change, but karma always finds the way. Stay strong, hold on. Don’t let all your dreams fade away. Yeah life can beat you down, what goes it comes around It’s not how you hit the ground, it’s how fast you get back up. And go, keep going, till it feels like I’m giving my life away Gets hard, and harder, happiness is worth the wait.” – Nelly

“I like my body so much more now since having my baby. It”s just kind of empowering when you become a mother. You just get overwhelmed with this new confidence and you feel really in control of your life. It”s been beautiful.” – Nelly

Now that you know all about Nelly’s net worth, and how he achieved success; let’s take a look at some of the best lessons we can learn from him:

As you become a legend in the game, you build more doubters than you build supporters. And that’s fine. Nelly think that it comes with anything that’s challenging. He also thinks it even comes with sports. The older that Michael Jordan got, he thinks the more doubted he became.

2. Never Give Up On Your Dreams

So many people appreciate what you’ve done, the doors you’ve opened, but some people realize they’re not going to be able to make as much money as they thought possible when you first started.

You always get that energy, you just want to be heard, to go out, do your thing and show people that we have just as much talent here as everywhere else.

How much is Nelly worth?

Nelly’s net worth is estimated to be $8 Million.

How old is Nelly?

How tall is Nelly?

Nelly is one of the biggest stars of the new millennium and a four-time Grammy Award-winning rapper. He made his debut with the album, ‘Country Grammar’, which catapulted his career to great heights.

After the release of his first album, he gained unprecedented popularity and began to enjoy the fruits of success with his following albums as well.

As of February 2023, Nelly’s net worth is approximately $8 Million.

What do you think about Nelly’s net worth? Leave a comment below.