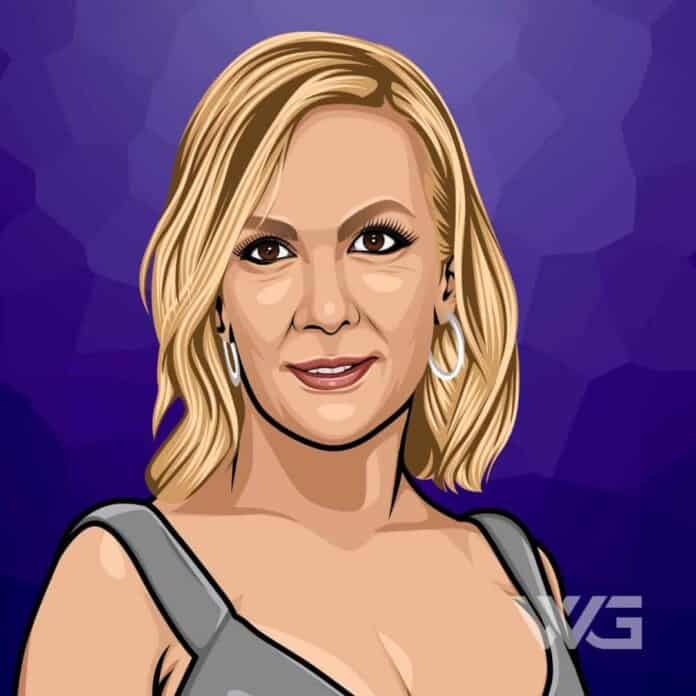 What is Ramona Singer’s net worth?

Singer was the only cast member to have appeared on all seasons of ‘RHONY.’ She is a businesswoman, and she has also been cast from Bravo’s hit show ‘The Real Housewives of NYC.’ She has taken the beauty and accessory industries by storm with her Tru Renewal skincare line, True Faith. Singer has her Amazon store, Ramona Singer Collections.

Ramona Singer was born on the 17th of November, 1956, in South Hampton, New York. Singer is the one of three siblings born to her mother Veronika and father Bohdan.

Singer’s mother was born in Budapest, making Ramona half Hungarian. Her father was Ukrainian American. Her brother, Bohdan Mazur Jr., died in 2006.

Singer attended the Fashion Institute of Technology after she graduated with honors with her B.S in marketing. She became employed as a buyer for Macy’s. After that, she worked with The French Connection and Calvin Klein. She went on the launch an anti-aging skincare line called, Ageless by Ramona.

In 1992, she got married to Mario Singer, and they met in the same gym. Their marriage was good for many years but hit a bit of a brought patch in recent years. They eventually separated, and Singer filed for divorce. Mario and Singer were married from 1992 until 2015.

She joined the cast of the ‘Real Housewives of New York’ in 2008. She made $500 thousand per episode of the show. Singer is the only cast member who has appeared on all 12 seasons of the reality show.

When it comes to her other work, she has been noticed by Women’s Wear Daily, People Magazine, and more. She has also created her own wine, which is a 100 % Pinot Grigio wine from Italy, called Ramona Pinot Grigio. In 2015, she released her first book ‘Life on the Ramona Coaster.’

How Does Ramona Singer Spend Her Money?

Singer has donated a portion of her proceeds from her wine business to help provide shelters for domestic violence victims. She has been involved in the charity Africa Foundation and Beyond which helps build schools for children in Africa.

Singer owns a beautiful apartment in New York City. It has a nice view over the city.

Here are some of the best highlights of Ramona Singer’s career:

“There’s a Chicness about us that you don’t find anywhere else in the country. And everyone aspires to be like New Yorkers. There’s a savviness that comes with New York City.” – Ramona Singer

“It is a mixed bag. I am constantly being approached by strangers who think they know me which can be very disarming. Then again, I am lucky to be invited to red carpet events and meet amazing people.” – Ramona Singer

“Organized chaos, I am always multi tasking. The first thing I do when I wake up is check my blackberry. I am answering emails from bed, as I am applying my makeup and even while eating breakfast. I make every space my office space whether I am working in my actual office, on the street or in a car service I am always working.” – Ramona Singer

“You know what? It’s good. There’s always a silver lining in everything. There’s a reason why we were married for 20 years, and basically I’ve always stayed friends with him for the sake of our daughter.” – Ramona Singer

“My new thing is chilled jazz, because I do like that now and then. I also play the top hits, like the top 50 on Spotify. The jazz is pretty good though. I like it because sometimes you don’t want to hear the crazy music that much. Listen, I’m home here now 24/7 so I’d rather listen to chill jazz a lot.” – Ramona Singer

“I get it. It’s a good thing I’m the one interviewing you. I’d like you to explain, and I know the whole world wants to know this: what do you mean by your tagline, “I may float like a butterfly, but I sting like a bitch.” – Ramona Singer

Now that you know all about Ramona Singer’s net worth and how she achieved success; let’s take a look at some of the lessons we can learn from her:

You may not be there yet. But you’re closer than yesterday!

The body achieves what the mind believes.

Love yourself enough to live a healthy lifestyle.

How much is Ramona Singer worth?

Ramona Singer’s net worth is estimated to be $16 Million.

How old is Ramona Singer?

How tall is Ramona Singer?

Ramona Singer is an entrepreneur and reality television star who has gained her net worth through her career as the owner of RMS Fashions.

Singer is the creator of the skincare line, Tru Renewal. She is also known for her line Ramona Singer Jewelry for the Home Shopping Network.

Singer has always had a passion for fashion, and when she was 30 years old, her entrepreneurial spirit arose. After she launched her own company, she began working with some of the largest retailers.

What do you think about Ramona Singer’s net worth? Leave a comment below.