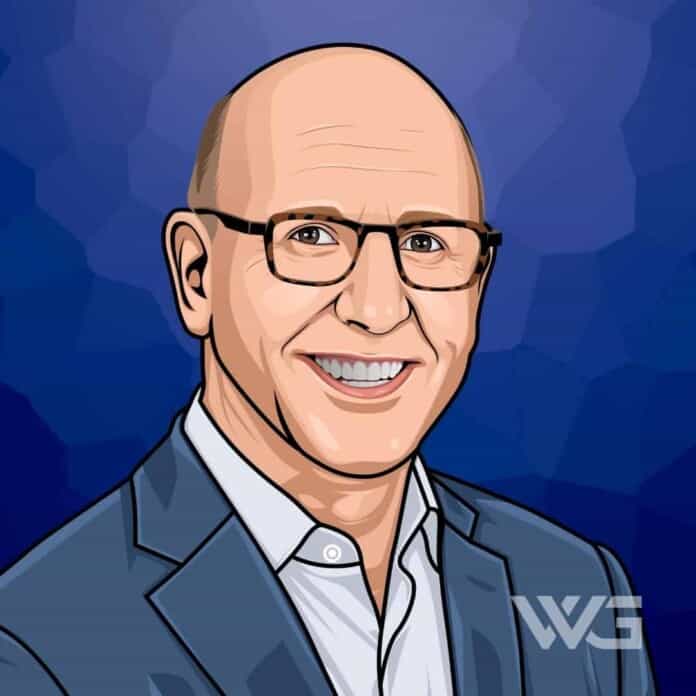 What is Joel Glazer’s net worth?

Joel Glazer is a part of the Glazer family.

The family controls First Allied Corporation and the Zapata Corporation, the Tampa Bay Buccaneers of the NFL, and England’s Manchester United Football Club. Glazer was born in Rochester, New York.

He is one of six children, and he was a college dropout.

He grew up in Rochester, New York. He attended the American University in Washington D.C receiving a degree in Interdisciplinary Studies while a member of the Phi Sigma Kappa fraternity.

Glazer’s career started when he began working alongside his father to successfully acquire the Tampa Bay Buccaneers in 1995. He worked in conjunction with his brother to build a community for local approval.

In 2002, he helped lead the Tampa Bay Buccaneers to the franchise’s first Super Bowl victory vs. the Oakland Raiders.

Glazer also serves as co-chairman of Manchester United Football Club, which has captured five Premier League titles. His work with the club led to his naming as one of the Top 10 most influential Americans in the United Kingdom.

He has been very active in the Tampa Bay community through the Glazer Family Foundation. The foundation is dedicated to helping children in the Tampa Bay area through charity. It has donated $5 million toward the construction of the Glazer Children’s Museum in downtown Tampa.

In 2021, the Buccaneers became the first team to play in a Super Bowl. They would go on to win Super Bowl, giving the Glazer family their second title.

How Does Joel Glazer Spend His Money?

Here are some of the best highlights of Joel Glazer’s career:

“The one thing we always say about the club in Tampa is while we may be the owners, no one really owns the club. The fans, the supporters are the owners of the club, and we are the stewards of the club.” – Joel Glazer

“I think the supporters appreciate it if you’re doing everything you can to put a successful team on the pitch, I think people are forgiving if they know you are doing that. You’re letting people know what they’re doing, whether it be the football manager making those decisions, or the Chief Executive making his decisions.” – Joel Glazer

“The thing I emphasize is this: it’s going to be a long-term situation, and nothing I can say today or could have said yesterday is going to completely change people’s views. The only thing that’s going to change views is things that happen over time, so I caution people that this is a marathon and not a sprint.” – Joel Glazer

“No, actually, we’ve been here before. I haven’t been in the past year or so, but over the last several years, I’ve been here and, as I’ve said, every time you walk in that great stadium, you get that same feeling, and that’s part of the beauty of Man United and what sets Man United apart from other football clubs.” – Joel Glazer

“I had a roommate in college from London and who to this day is still my best friend. Every Saturday morning, he’d be there with his little radio trying to pick up the Tottenham games.” – Joel Glazer

Now that you know all about Joel Glazer’s net worth and how he achieved success; let’s take a look at some of the lessons we can learn from him:

You never think it’s going to happen, but things happen.

It takes time to get certain things in place, especially when you’re in transition from one era to another era.

3. Go In the Right Direction

Like every team, you go through transitions. The key is coming out of it and going in the right direction.

How much is Joel Glazer worth?

Joel Glazer’s net worth is estimated to be $1 Billion.

How old is Joel Glazer?

How tall is Joel Glazer?

Joel Glazer is an American businessman who is a member of the Glazer family, which owns the Tampa Bay Buccaneers and Manchester United.

Glazer was born in Rochester, New York. He is one of six children who was a college dropout who parlayed a small fortune earned owning trailer parks into a global investment empire.

After his father’s death, the rest of the family-controlled the family businesses, including the sports team empires.

What do you think about Joel Glazer’s net worth? Leave a comment below.