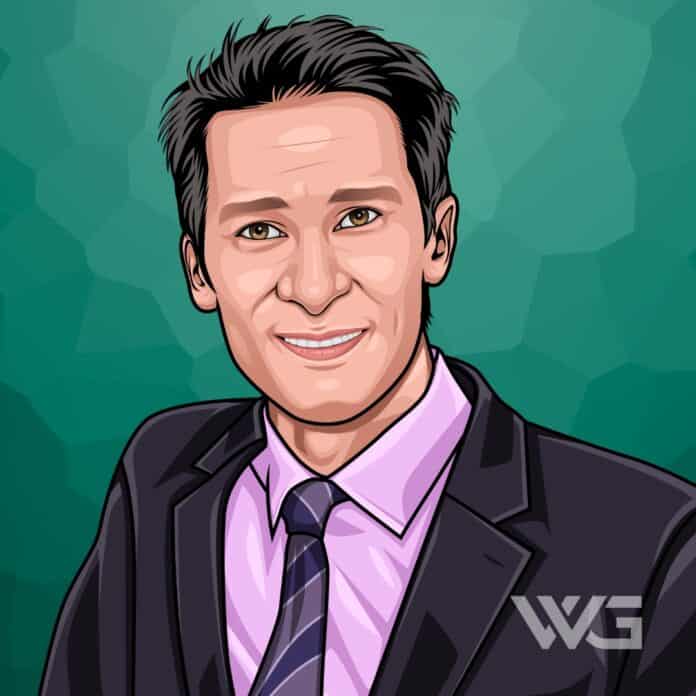 What is Paul Kariya’s net worth?

Paul Tetsuhiko Kariya played 15 seasons in the NHL and, during that time, became known for his offensive skills and his speed.

While with the NHL, Kariya was a member of the Mighty Ducks of Anaheim, the Colorado Avalanche, the Nashville Predators, and the St. Louis Blues.

Although he retired in 2010, his legacy in the sport remains, and it is unlikely to be forgotten anytime soon.

As a teenager, Paul started playing Junior A hockey in Penticton, British Columbia, spending two seasons with the Penticton Panthers.

In 1991, he committed to joining the Maine Black Bears in the NCAA, and with them, he played until 1993.

While playing with the Black Bears, Kariya also played with the Canadian team in the 1994 Winter Olympics, where he won silver.

Paul Kariya was drafted by the Mighty Ducks of Anaheim in the 1993 NHL draft, and he played with them for 15 seasons until 2003.

During his first season with the Mighty Ducks, Kariya was appointed to the NHL All-Rookie Team and later was selected to play in three NHL First All-Star Games.

In his final seven seasons with the Ducks, he served as the team’s captain, a record amount of time that has since been surpassed by Ryan Getzlaf, who was captain from 2010 to 2022.

In 2003, Kariya joined the Colorado Avalanche, where he scored 11 goals over 51 games.

After a single season, Kariya left Colorado to join the Nashville Predators, where injuries he acquired during his previous seasons started to catch up to him.

In training camp with the Predators, he suffered more injuries, including separate groin and ankle injuries that limited his participation.

Kariya signed with the St. Louis Blues in 2007, but the following season suffered from a hip injury that caused him to miss a number of games.

While he recovered for the 2009-10 season, he soon received his sixth career concussion, which exacerbated his problems.

After experiencing post-concussion syndrome, he retired in 2010 after doctors refused to clear him to play.

Paul Kariya has become one of the richest hockey players in the world, thanks to his skills on the ice.

While he wasn’t the highest-paid player in the rink, he still enjoyed some substantial paydays.

Although he hasn’t become as wealthy as Wayne Gretzky, Kariya has earned a substantial fortune that most people could only dream of.

Paul Kariya has remained in a relationship with his long-time girlfriend Valerie since high school, and it is rumored the couple lives in California.

Since retiring, Paul has stayed out of the limelight, preferring to keep his personal life private from his fans.

While his official NHL page is updated with relevant news about the former hockey star, Paul himself is not active on any social media.

If any more information becomes available, or if Kariya appears on social media, we will be sure to keep you updated!

Paul Kariya has earned numerous awards during his time as a star player in the NHL.

While all of his achievements have been noteworthy, some stand out more than others due to their overall importance.

Here are some of Paul Kariya’s career awards and honors:

Like Daniel Alfredsson, Paul Kariya has won many impressive awards throughout his professional hockey career.

If he had been able to continue playing, it is likely we would have seen him win even more awards for his exceptional skills.

How Does Paul Kariya Spend His Money?

Unfortunately, not much is known about how Paul Kariya spends his money, as he’s lived a very private life since leaving the ice.

While we know he formerly lived in a large house in Franklin, Tennessee, there have been no updates as to where he lives now.

However, with his impressive net worth, he could easily afford to live in any of the most expensive cities in the world comfortably.

If any information about his spending habits becomes available, we will be the first to keep you updated!

Paul Kariya’s career has been filled with memorable moments and impressive records.

However, some of his greatest milestones stand out over the rest for their impact on his fame and fortune.

Here are some of the best highlights of Paul Kariya’s career:

Paul Kariya has achieved a lot, and while he isn’t as renowned as Pavel Bure, he has certainly enjoyed a wholly successful career.

While these are only a few of his most important highlights, they are the ones that have effected his career the most.

Thanks to his long career in the NHL, Paul Kariya has perfected his skills and learned how to do his best on the ice.

In numerous interviews, he has talked about his career and how he approaches the games he plays.

Here are our favorite quotes from Paul Kariya:

There is a lot that we can learn from Paul Kariya and his impressive career as an ice hockey player.

Now that you know all about Paul Kariya’s net worth, we can take a closer look at what he can teach us about reaching our own goals.

Here are some of the best success lessons to learn from Paul Kariya:

Teamwork is essential in hockey, and it can also be vital in many other careers as well.

If you want to be as successful as possible, you will have to learn how to work with your team and trust them to help you get the job done.

To be successful, you have to be competitive to an extent so that you can consistently be motivated to keep achieving.

A competitive mindset can help you push yourself to achieve your full potential and reach your goals much more easily.

There is always something new to learn, which can be essential for teaching yourself new skills and keeping your abilities sharp.

Although not everyone finds learning fun, it is essential if you want to be able to find success.

Paul Kariya has made a name for himself as one of the best offensive players in the NHL.

Although he has been retired since 2010, his legacy in the sport remains, as has the wealth he has earned.

Make sure to check back regularly so that you won’t miss any updates impacting Kariya’s fortune and future career ventures.

What do you think about Paul Kariya’s net worth? Leave a comment below.