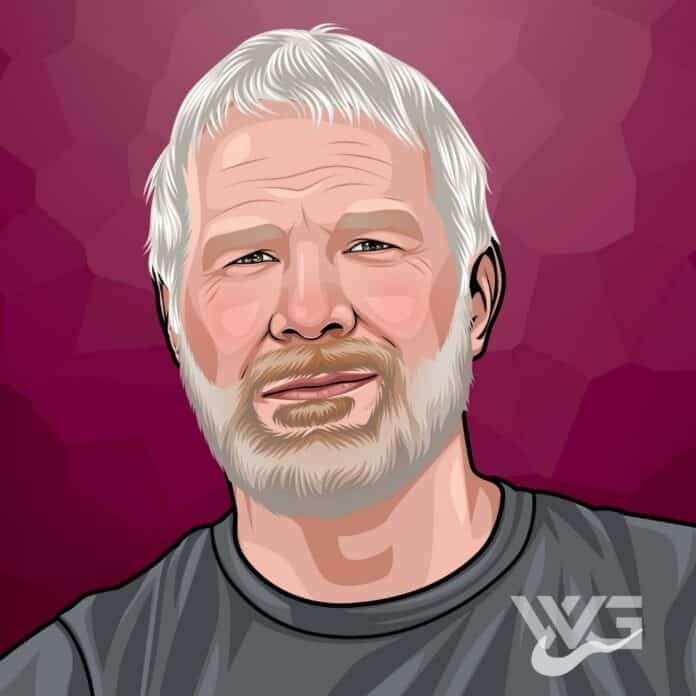 What is Brett Favre’s net worth?

Brett Favre is one of the most famous players in NFL history, and he’s made millions using his unparalleled skills on the field.

While he has since retired, his impressive net worth is still growing, thanks to endorsements and television appearances.

Brett Lorenzo Favre was born October 10, 1969, in Gulfport, Mississippi, and Bonita Ann and Irvin Ernest Favre raised him in the small town of Kiln.

Brett was the second of four children, and he attended Hancock North Central High School, where he joined the football and baseball teams.

On the field, Brett caught the eye of Southern Mississippi assistant coach Mark McHale, who was scouting for football recruits, and McHale was so impressed by how Favre threw that he offered him a football scholarship.

While playing in college, Favre gained more recognition as a quarterback, and during this time, he held several Southern Mississippi football records that lasted until 2011, when Austin Davis surpassed several of them.

The Atlanta Falcons drafted Favre in 1991, and he signed a three-year contract with a reported sign-on bonus of $350k.

While his time with the Atlanta Falcons was less than remarkable, he was traded as a first-round pick to the Green Bay Packers in 1992, which is when his career really took off.

From 1992 to 2008, Brett Favre was the starting quarterback for every game, amounting to an incredible 297-game streak that made him a household name.

While he initially announced his retirement in 2008, he ultimately joined the Jets in August of 2008, though his performance was far from his best at the time.

In 2009, Favre signed with the Minnesota Vikings and surpassed the passing yards record set by Joe Montana.

However, during his second season with the team, he suffered from numerous injuries and finally served his retirement papers in 2011.

Brett Favre may not be among the highest paid athletes in the world, but he has made millions as a football legend.

With all of his income, Brett Favre has easily become one of the richest NFL players in the world, though he still falls just short of John Madden and Roger Staubach.

Brett Favre married Deanna Tynes in 1996, and together they have two daughters, Brittany and Breleigh, who were born in 1989 and 1999, respectively.

Farve’s mother, Bonita, helps to manage all of his real estate, endorsements, and charity projects, and together they released a book called Favre in 2004 that details their family and the Green Bay Packers.

In 1996, Favre founded the Brett Favre Fourward Foundation, which has donated over $2 million to charities in Mississippi and Wisconsin.

Favre also coached the Oak Grove High School football team from 2012 to 2014 and still helps out when he has time.

Brett Favre has won many awards throughout his career, which stands out as one of the longest in the sport.

However, some of these achievements are more significant than others.

Here are some highlights from Brett Favre’s career:

How Does Brett Favre Spend His Money?

Brett Favre owns an impressive home in Sumrall, Mississippi, which is estimated to be worth $17 million.

This mansion sits on 465 acres and has a large terrace, a pool, a hot tub, and plenty of yard space.

Inside, the home boasts over five bedrooms, three bathrooms, a large kitchen, and a huge family room.

While fans have never gotten a proper inside look at the mansion, glimpses can sometimes be found on his Instagram.

Brett Favre has reached many impressive milestones throughout his career.

However, some have excelled his career further and helped him stand out more from other players.

Here are some of the best highlights of Brett Favre’s career:

While Brett may be best known for his prowess on the field, he has said many notable things during interviews.

As one of the longest-serving players in football, Favre has a lot of great wisdom to share.

Here are our favorite quotes from Brett Favre:

Now that you know all about Brett Favre’s net worth, we can look more closely at what we can learn from his successful career about achieving our own goals.

Here are some of the best success lessons to learn from Brett Favre:

1. Don’t Let Your Failures Define You

Everyone falls short and fails sometimes, but it’s how you move on after these setbacks that make or break you.

If you dwell too much on what could have been, you’ll only fail to see what could be in the future.

2. Roll With The Punches

Life has a lot of ups and downs, and if you don’t learn to roll with the punches, you’ll put yourself at risk of falling behind.

Face every day with an open mind and be ready to embrace the unexpected.

No matter how hard we work, things aren’t always going to turn out perfectly, which is okay.

Sometimes your best is better than perfect, and so long as you stay dedicated, there will always be opportunities to improve.

Brett Favre is a legend in the NFL, and he’s earned millions throughout his incredibly long career on the field.

While he is officially retired now, we certainly haven’t seen the last of him, as he continues to pop up as an analyst and commentator from time to time.

If you’re interested in staying up-to-date with how much Brett Favre is making every year, be sure to check back regularly!

What do you think about Brett Favre’s net worth? Leave a comment below.

With a decades-long career and an iconic voice, John Laws has done well for himself, and his net worth will make your jaw drop!