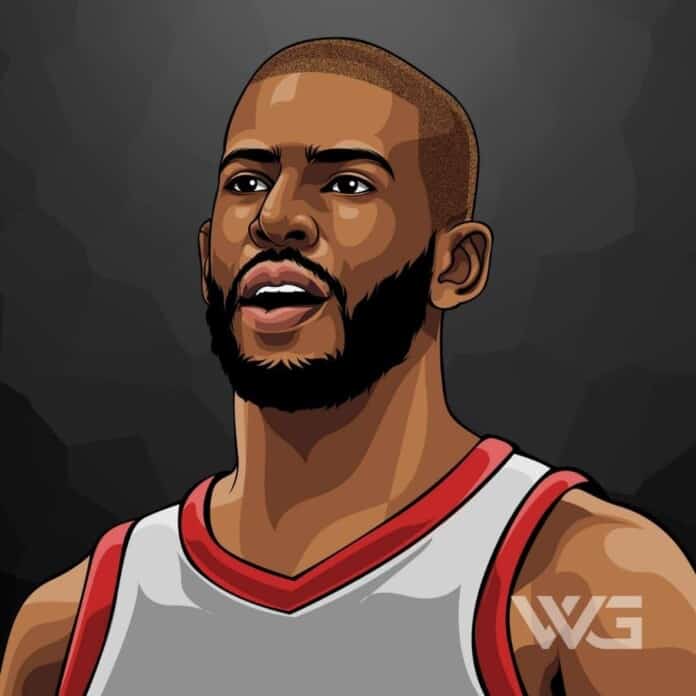 What is Chris Paul’s net worth?

Chris Paul is an American professional basketball player for the Oklahoma City Thunder of the NBA.

As of November 2022, Chris Paul’s net worth is approximately $160 Million.

Christopher Emmanuel Paul was born on the 6th of May, 1985 in Winston-Salem, North Carolina. His parents are Charles Edward Paul and Robin Jones.

Paul attended West Forsyth High School where he excelled at playing basketball. During his spare time, young Paul also worked at a service station which was owned by his grandfather, with whom he shared a very close bonding.

Paul began his career after he lost his grandfather who was killed during a robbery in his home. Soon after, he was recruited by the Demon Deacons of Wake Forest, in which he was a team leader from his first game itself.

Because of his brilliant skills, he soon earned honors such as ‘Atlantic Coast Conference Rookie of the Year’, and he successfully broke five freshman records as well: for assists, steals, free throws, three-point percentages, as well as free throws.

He was also named the nation’s best player by several reputed publications.

In 2005, he appeared for the NBA draft after his sophomore season. He was soon picked by the New Orleans Hornets in the first round. During his first year, the team won a total of thirty-eight games.

Paul was selected for the US national team for the 2006 FIBA World Championship which was to be held in Japan. He helped his team finish the tournament with a bronze medal.

Chris also performed brilliantly during the 2013 All-Star game, where he also earned his first NBA All-star Game Most Valuable Player Award. Despite facing several injuries, his performance has remained excellent throughout the seasons.

Here are some of the best highlights of Chris Paul’s career:

“The least amount of buttons [in suit], the better. If you have to go with three, you can go three. But all that eight-button stuff? Nuh-uh, not a fan.” – Chris Paul

“That’s the great thing about big cities: Nobody is judging. You really get a chance to show who you are with your style.” – Chris Paul

“I need energy every day. Whether I’m leaving home and going to practice or getting in the car with my two kids to take my son to school – I need all the energy I can get.” – Chris Paul

“Obviously I want the fragrance to smell good. I tell people all the time that when you see someone there can obviously be a physical attraction, but the scent is something that stays with you. It’s something that you remember about a person.” – Chris Paul

“I play basketball to win a championship. That championship is everything to me. And that’s what gets people to buy into your brand – is a winner.” – Chris Paul

Now that you know all about Chris Paul’s net worth, and how he achieved success; let’s take a look at some of the best lessons we can learn from him:

Things are challenging now, but it does not mean that this will be the norm. Take heart. Carry your enthusiasm in all the work that you do.

2. Most of the World is Mediocre

Do not allow yourself to be sucked into mediocrity. Rise above it.

3. Always Do Your Best

In anything you do, make sure to pour your heart and soul into it. Give everything your best shot.

How much is Chris Paul worth?

Chris Paul’s net worth is estimated to be $160 Million.

How old is Chris Paul?

How tall is Chris Paul?

Chris Paul is a popular American basketball player who currently plays for the Houston Rockets of the National Basketball Association.

Despite being one of the most successful and highly paid basketball players, Paul is of humble nature and has stated that he is grateful to God for all his achievements.

What do you think about Chris Paul’s net worth? Leave a comment below.