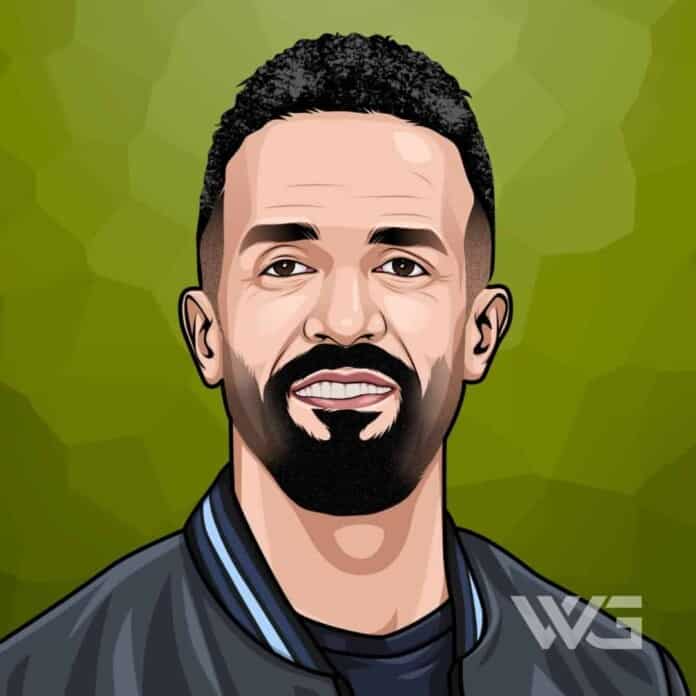 What is Craig David’s net worth?

Craig David is a British singer, songwriter, and rapper.

David rose to fame in 1999, featuring on the single ‘Re-Rewind’ by Artful Dodger. His debut studio album ‘Born to Do It’ was released the following year. He has released a further five studio albums and worked with a variety of artists such as Sting, Tinchy Stryder, Big Narstie, Kano, and Jay Sean.

David is the son of Tina and George David. His father, Afro-Grenadian, and David’s mother is Anglo-Jewish and related to the founders of the Accurist watch-making company.

His parents separated when he was 8 years old, and his mother brought him up. He attended Bellemoor School and Southampton City College. He was bullied growing up, and he wrote and released the song ‘Johnny’ in 2005 about his sad memories of being bullied.

David was born in Hampshire, England. He would often attend dance clubs with his father, and the DJs would let him get on the microphone.

He then worked a B-side for the group Damage and provided vocals for Artful Dodger, whose song ‘Re-Rewind (The Crowd Say Bo Selecta)’ hit the second spot on the UK charts.

David signed with Wildstar Records and reached the first spot with his first solo single ‘Fill Me In, off his debut album ‘Born to Do It.’

His album has sold more than 8 million copies worldwide and went multi-Platinum in over 20 countries. The album was released in the United States in 2001 and made it to #11 on the Billboard 200.

He has dropped five studio albums and has been nominated for two Grammy Awards and 12 Brit Awards. His other hits include ‘7 Days’,’Walking Away,’ ‘What’s Your Flava?’, ‘Hidden Agenda,’ and ‘Rise & Fall’.

In 2010, he was appointed by the World Health Organization as a Goodwill Ambassador against tuberculosis. In 2016, his album ‘Following My Intuition’ reached the first spot in the UK.

How Does Craig David Spend His Money?

Craig David spends some of his money on charity work.

Some of the charities David has supported include Comic Relief and Elton John AIDS Foundation.

Here are some of the best highlights of Craig David’s career:

“Perfect my beard every morning, and it takes a long time. I think a lot of musicians are into graphic design and art. I decided to be a little bit of an artist on my face.” – Craig David

“Once you’ve been overweight, you never want to be overweight again, so you keep going, keep going, like for any addiction. Health can be an addiction. It doesn’t have to be drugs or alcohol.” – Craig David

“I’ve realized that as long as the youth has the ability to use social media and their voice is there, people can actually cut through the nonsense and see what’s really going on. People are live streaming from the ground, so everyone’s starting to become more aware. When you pull back from this playground of duality.” – Craig David

“The Bridge had a lot of long, soft profiles about the administration… In contrast, BU Today has shorter, hard pieces – more consistent with online journalism – which people can read every morning when they log on.” – Craig David

Now that you know all about Craig David’s net worth and how he achieved success; let’s take a look at some of the lessons we can learn from him:

We need to stop thinking the grass is greener on the other side and be happy with the love we have.

People use the ‘love’ word too early. When you’ve got that trust thing locked down, when you’ve lived together, and you know each other’s good and bad qualities inside out, at that moment, you know if you truly love someone.

How much is Craig David worth?

Craig David’s net worth is estimated to be $18 Million.

How old is Craig David?

How tall is Craig David?

Craig David is an English singer and songwriter.

David became an instant success after releasing his debut album ‘Born To Do It’ in 2000. He has since then released more successful albums, and he has won numerous awards.

In 2009, his debut album was chosen as the 2nd Greatest Album Ever behind Michael Jackson’s ‘Thriller’.

What do you think about Craig David’s net worth? Leave a comment below.