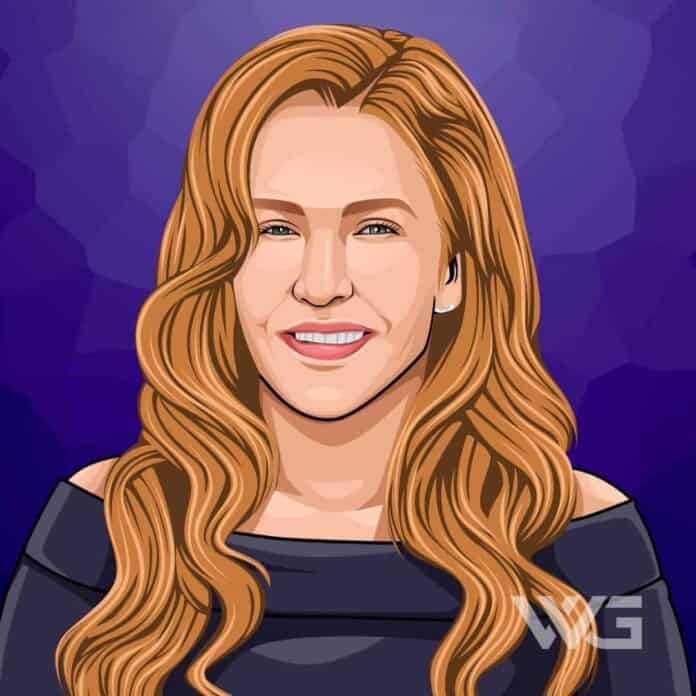 What is Lisa Marie Presley’s net worth?

As of December 2022, Lisa Marie Presley’s net worth is estimated to be -$16 Million.

Lisa Marie Presley is an American singer and songwriter who is the only child of Pricilla and Elvis Presley.

She has risen to fame through her career in the music business and has released a total of three albums. Presley has been married four times, including Nicolas Cage and Michael Jackson.

Lisa Marie Presley was born on the 1st of February, 1968, in Memphis, Tennessee. After her parents separated, she lived with her mother, Pricilla Presley.

After Elvis Presley’s death, she attended her first rock concert when she saw Queen in California. Lisa Marie gave Freddie Mercury a scarf of her father’s after the concert.

On Elvis Presley’s 20th death anniversary, Lisa-Marie sang for the first time. She mixed her vocals with her father’s on his song ‘Don’t Cry Daddy.’

In 2003, Presley dropped her debut album, ‘The Whom It May Concern.’ The album received great reviews, and it debuted at the 5th spot on the Billboard 200 chart.

After she released her first album, she began working on her next album. In 2005, she dropped her second album titled, ‘Now What.’

A few years later, she dropped her next album, ‘Storm & Grace.’ This album turned out to be one of her best albums, and it sold more than 9000 copies in its first week. The album featured 11 tracks, and it debuted at the 21st spot on the US Billboard Rock chart.

Here are the best highlights of Lisa Marie Presley’s career:

“I’m more of a tomboy than anything, and then you see your name on these Top 50 Most Beautiful People lists, and you’re like, ‘What?’” – Lisa Marie Presley

“I had loved music so much from when I was little, and I don’t know whether it was because I saw my dad doing it and then I got the idea; I don’t know what came first… But I always had a hairbrush in the mirror singing.” – Lisa Marie Presley

“I think having kids just makes you want to do things to help people. You have children, and you see how fragile and innocent and helpless they are when they first start out. If they are going to be a victim of whatever they are surrounded by, I just do everything I can to try to make whatever change I can.” – Lisa Marie Presley

“Always loved singing and writing poetry. I always loved music, and I’ve loved writing my whole life. When I put them together, it was probably in my early 20s, where I put words to music for the first time.” – Lisa Marie Presley

“Most artists start off playing in front of people and are used to doing it before they go out. I kind of did the opposite. The thing got blown sky high, and I’m on TV on “Good Morning America” doing my first performance in front of everybody.” – Lisa Marie Presley

Now that you know all about Lisa Marie Presley’s net worth and how she achieved success; let’s take a look at some of his best lessons that we can learn from her:

It’s normal to lose yourself in the spotlight, be careful, and make sure you get your own time outside the spotlight.

How much is Lisa Marie Presley worth?

Lisa Marie Presley’s net worth is estimated to be -$16 Million.

How old is Lisa Marie Presley?

How tall is Lisa Marie Presley?

Lisa Marie Presley is the daughter of the legendary icon Elvis Presley. She did, however, not have a great childhood, and she witnessed her parent’s divorce and drug use.

What do you think about Lisa Marie Presley’s net worth? Leave a comment below.