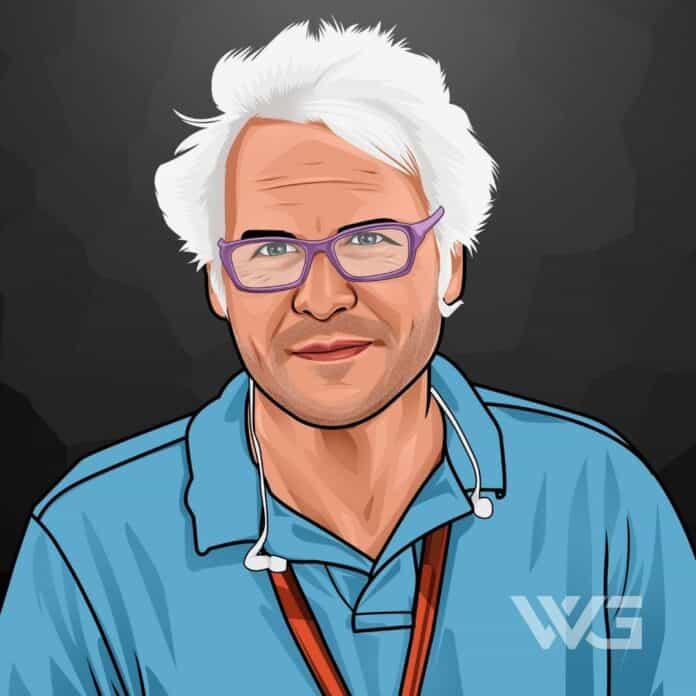 What is Jacques Villeneuve’s net worth?

Jacques Villeneuve is a former professional racing driver who raced in Formula One in 1997 and won four Grand Prix victories.

As well as racing in various other forms of motorsports, he’s worked as an amateur musician since retiring from professional racing.

As of February 2023, Jacques Villeneuve’s net worth is estimated to be $50 Million.

His father was a Ferrari racer along with his uncle, Jacques Sr, who also competed in motor racing, both of whom introduced him to the profession from an early age.

After relocating to Monaco in the French Riviera at the age of seven, he attended the private boarding Collège Alpin International Beau Soleil.

During his youth, Villeneuve excelled in various sports, including motocross, water-skiing, ice hockey, and base jumping.

Villeneuve raced go-karts as a child with his uncle and remained interested in professional racing following the death of his father in 1982.

Jacques Villeneuve’s professional career took off following his 1995 victory at the CART Championship and Indianapolis 500.

He was soon racing in the Formula One championships, replacing David Coultard in 1995 with the Williams team.

He won the World Championship in 1997, beating Michael Schumacher for the title, in a year that saw the young racer win seven victories in total.

After leaving Williams after the 1998 season, Villeneuve joined the British American Racing team, continuing to race in Grand Prix events.

Outside of racing, he has made many media appearances, including a guest appearance with one of the richest comedians in the world on the David Letterman late-night chat show.

He has also worked as a voice actor alongside Owen Wilson on the popular Pixar animated movie, Cars 2, released in 2011.

At the height of his career, Jacques Villeneuve was one of the richest racing drivers in the world, with considerable annual career earnings.

Together with income from his sponsorship deals, his Formula One career saw him earning several million dollars each year.

While his income decreased following his career peak in the late 1990s, he continued to take home up to $100,000 annually with several NASCAR Sprint Cup wins between 2007 and 2013.

As Jacques Villeneuve rose through the ranks to become one of the world’s best racers in Formula One, his net worth continued to grow.

During his career peak, he was earning many millions each year, most notably during his time spent with the Williams team.

While his net worth today falls short or contemporary drivers such as Fernando Alonso, his ongoing participation in NASCAR means it will still continue to increase.

He married the Brazilian Camila Andrea López Lillo in 2012 and has two children with her, as well as a son through his current girlfriend Giulia Marra.

Jacques Villeneuve was once classed among the richest athletes in the world, with an appropriately impressive list of accomplishments to his credit.

In addition to winning one world championship, he’s been nominated for many prizes and honors for his dedication to motorsports.

Here are some highlights from Jacques Villeneuve’s career:

It’s a list of awards few professional race drivers have achieved, standing as a testament to Villeneuve’s lasting legacy.

His ongoing involvement in NASCAR and other sporting pursuits means we can expect more honors and awards in the years to come.

How Does Jacques Villeneuve Spend His Money?

With his impressive wealth and close ties to the automobile industry, Jacques Villeneuve can afford to include some of the most expensive cars in the world in his collection.

He has also invested in an impressive real estate collection and in 2021 put his home in Montreal on the market for $7.2 million.

The property includes multiple bedrooms and bathrooms, a wine cellar, and a panoramic view of the city from the rooftop terrace.

Jacques Villeneuve has enjoyed many high points and successes over the decades he’s worked as a professional motorsports racer.

These successes cross multiple motorsports disciplines, from Formula One and karting to NASCAR racing and beyond.

Here are some of the best highlights of Jacques Villeneuve’s career:

Villeneuve’s dedication to mastering motorsport across various classes and vehicles makes him a truly diverse talent.

With more racing in the pipeline on top of his musical career, we can anticipate many more highlights for Villeneuve in the future.

Over the course of his career, Jacques Villeneuve has frequently spoken to the sporting media about his professional activities.

This includes reflecting on his victories and losses and sharing his thoughts on the next generation of professional racers.

Here are our favorite quotes from Jacques Villeneuve:

Now that you know all about Jacques Villeneuve’s net worth let’s take a look at some of the valuable life lessons we can learn from his success.

He’s dominated his field and demonstrated a commitment to developing and fostering his skills to become a world-class racing driver.

Here are some of the best success lessons to learn from Jacques Villeneuve:

1. Be Prepared For Tragedy

When Jacques Villeneuve’s father died when he was young, he didn’t allow the tragedy to deter him from pursuing his dream of becoming a champion driver.

2. Don’t Be Afraid To Step Outside Your Comfort Zone

While many racing drivers go on to work as designers and trainers in their field, Villeneuve surprised fans by choosing to branch out as a musician.

Stepping outside your comfort zone and trying something new is a great way to expand your personality and improve your talent stack.

3. Stand By Your Opinions

Jacques Villeneuve is known for courting controversy by standing by his convictions and speaking his mind.

If you feel strongly about a topic, don’t be afraid to share your thoughts with the world.

That wraps up this article exploring into the personal life, professional victories, income, and net worth of iconic Canadian racing driver Jacques Villeneuve.

An icon of motorsports with a lasting legacy, he continues to race to this day and pursue his passion for music.

Since his net worth is likely to change, we’ll update this article in the future to ensure it covers everything you need to know about his career and fortune.

As of February 2023, Jacques Villeneuve’s net worth is estimated to be $50 Million.

What do you think about Jacques Villeneuve’s net worth? Leave a comment below.