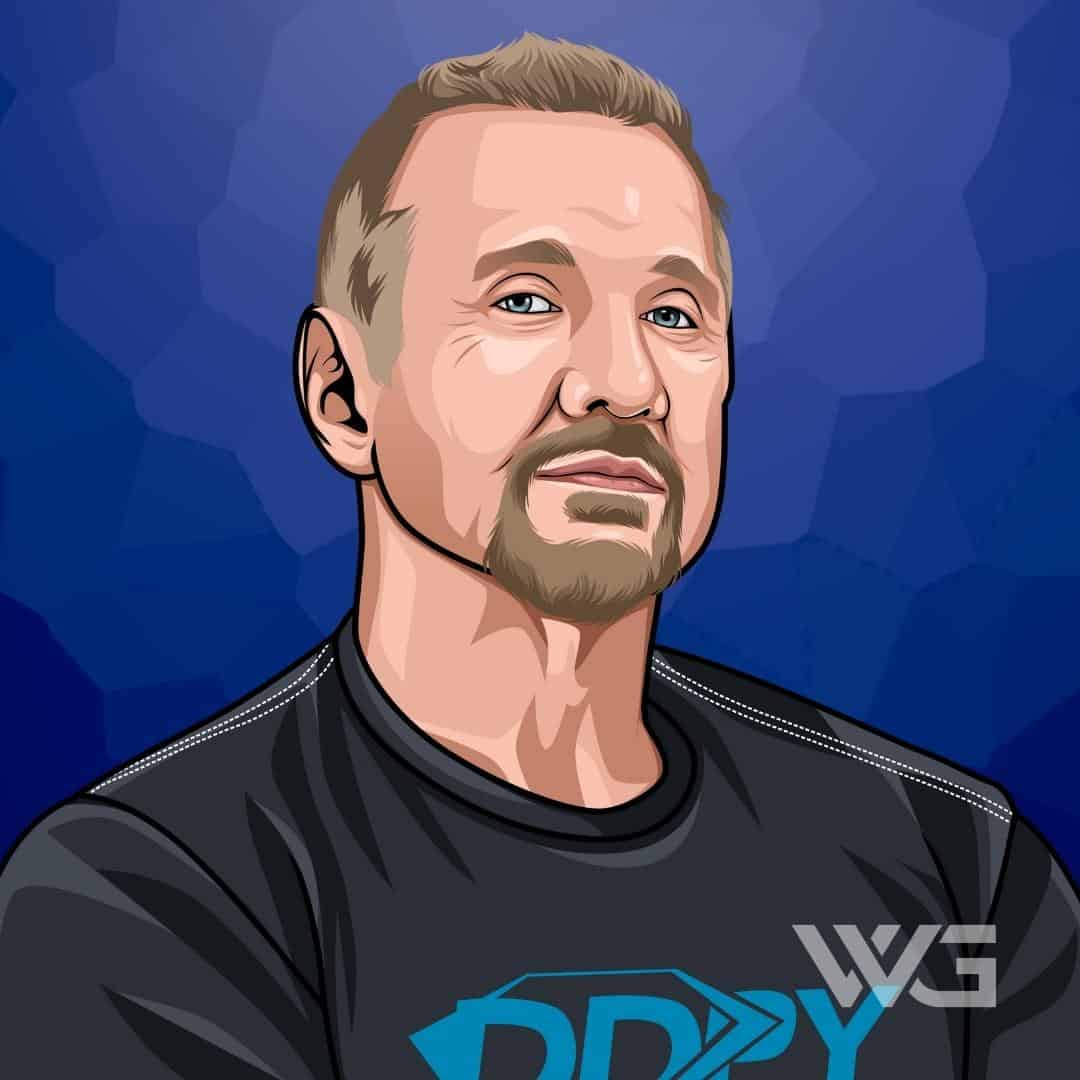 What is Diamond Dallas Page’s net worth?

Page Falkinburg, known by his ring name Diamond Dallas Page, is a world-renowned wrestler and actor. He has appeared in many documentaries and movies, including Ready to Rumble and Gallowwalkers.

Before his career as a pro wrestler, Dallas was a manager for the American Wrestling Association. He went on to join WWE, providing entertaining and masterful performances despite his age.

As of December 2022, Diamond Dallas Page’s net worth is estimated to be $10 Million.

He has two younger siblings and, due to his parents divorcing when he was very young, was brought up by his father.

But, once Diamond turned 8, his father took him to live with his grandmother, who then raised him. He went to St. Joseph’s High School in New Jersey, where he excelled in sports, particularly basketball.

Diamond Dallas changed schools and attended Point Pleasant Borough High School, where he was recognized for his basketball talent.

Coastal Carolina University was Dallas’ next stop after finishing school, before dropping out to start work.

Diamond’s wrestling career commenced as a manager for the American Wrestling Association and, while managing the wrestlers, he ran a nightclub, Norma Jeans. His reputation stemmed from managing the wrestling team, Badd Company, as well as wrestlers such as Colonel Debeers, and Madusa Miceli.

In addition, he worked as a color commentator for Florida Championship Wrestling.

Dallas decided to step into the ring at the ripe old age of 35 and, in 1991, started his wrestling career in the World Championship Wrestling stable. His first appearance was in a tag team match where he competed against Kevin Sullivan.

He won the WCW World Television Championship before losing multiple matches. He made a comeback in 1996, winning a match against Billy Kidman in WCW.

In 1997, he claimed the United States Heavyweight Championship title.

Diamond Dallas debuted in the World Wrestling Federation in 2001. He made an appearance in the WWF Tag Team Championship alongside Chris Kanyon, which they won. He continued to be associated with WWE up until 2017.

After appearing in the NWA Worlds Heavyweight Championship in 2018 and the All-Elite Wrestling team in 2019 and 2020, he became a fitness instructor. It was here that he developed a power yoga fitness program called “Yoga for Regular Guys” which has helped many people overcome injuries, changing their lives for the better.

Dallas tried acting in 2015, with an appearance in the documentary, The Resurrection of Jake the Snake.

He’s been cast as a character in various video games and acted in several films. He currently hosts a radio show called “DDP Radio” and is acting in the film, The Guardian of Justice, due out in 2022.

Daimond Dallas has had an impressive career. Starting late in wrestling, he succeeded spectacularly, earning himself huge respect from the fans and buckets full of cash.

He earns fees from his fitness program as well as acting and royalties on his computer game characters, but is very reticent to reveal his actual income.

With his various sources of income, Diamond Dallas lives a lavish lifestyle befitting a champion.

Diamond Dallas is tight-lipped about what he owns and where he invests his money.

But one thing is certain, he’s done very well for himself, having been a championship wrestler and rubbed shoulders with the likes of the Undertaker, Hulk Hogan, Randy Savage, Scott Hall and Sting.

Here’s a breakdown of Diamond Dallas’s annual net worth:

Diamond and Kimberly Page married on 1 December 1991, but unfortunately got divorced in 2005.

In 2021, Diamond met his current wife, Payge McMahon, whom he married in 2021. Diamond has two daughters named Brittany Page and Kimberley Page. Payge is not related in any way to Vince McMahon, the WWE chairman and CEO.

Dallas also has two stepdaughters, Alexandra “Lexy” Nair and Rachel Nair. His stepdaughter is currently walking in her stepfather’s footsteps, working as a backstage interviewer for All Elite Wrestling.

Diamond legally changed his name to Dallas Page in 2003.

He has released a book, Positively Unstoppable: The Art of Owning It, as well as his Yoga Program book. His autobiography, Positively Page: Diamond Dallas Page Journey, was released on the 1st of February 2000.

After more than 30 years in the world of wrestling, Diamond Dallas has acquired many awards and personal bests.

Here are some of the most memorable moments in Diamond Dallas Page’s career:

Diamond has now retired from competitive wrestling, but he remains a true champion for his contribution to the world of wrestling.

How Does Diamond Dallas Spend His Money?

Diamond is not one to let on about his personal finances.

He had planned to appear on SharkTank to raise enough money to develop a mobile app, but turned down the investment offers.

He’s been seen driving some of the most expensive cars in the world, but is also known for his contributions and appearances at charity functions. He has a big heart, and the word is that he’s quite happy to put his hand in his pocket to help those in need.

There have been many highs and lows in Diamond Dallas Page’s career. However, throughout it all, he’s maintained the heart of a champion, always coming back to reclaim his place in wrestling history.

Here are some of the best highlights of Diamond Dallas Page’s career:

Whether he is fighting in the ring or the boardroom, Diamond Dallas is always the consummate professional. He knows what he wants and goes after it with passion, which is why he has enjoyed so much success in his life.

As a manager and as a wrestler, Diamond Dallas has faced his fair share of challenges. But as a true champion, he’s risen above his trials and tribulations to come out on top.

Here are our favorite quotes from Diamond Dallas:

Throughout his life, Diamond Dallas has been an inspiration to those around him. The lessons he’s learned and the advice he’s given has helped many people to achieve their goals.

No matter the bumps you hit in the road, keep pushing on forwards.

2. Mental Strength is Everything

Nothing can stop you if you set your goals and put your mind to it.

To achieve anything, you must put the work in. No one else will work as hard as you to achieve your dreams.

Diamond Dallas is living proof that nothing can stop you, especially not your age or any other obstacle. In the final analysis, it is how you handle situations and how you act on them that counts.

He started out managing wrestlers in the industry and, against the odds, became not only a professional wrestler himself, but also a champion.

Diamond Dallas is currently working on his acting career and hosting a radio show. He no longer works in professional wrestling, but his reputation and legacy live on.

As of December 2022, Diamond Dallas Page’s net worth is estimated to be $10 Million.

What do you think about Diamond Dallas Page’s net worth? Leave a comment below.