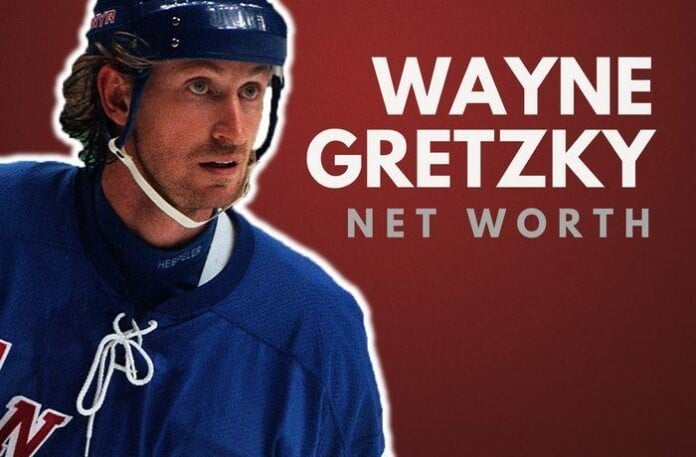 What is Wayne Gretzky’s net worth?

As of December 2022, Wayne Gretzky’s net worth is estimated to be roughly $250 Million.

Wayne Douglas Gretzky is a Canadian former professional hockey player and former head coach from Brantford. He is widely known for being one of hockey’s greatest players of all time and has broken more than 60 records in the NHL.

Wayne has played for the best NHL teams during his hockey career including the Los Angeles Kings, St. Louis Blues, Edmonton Oilers and New York Rangers.

Wayne Gretzky was born on the 26th of January, 1961, in Brantford, Ontario. He is one of the best hockey players of all time and has influenced many. Gretzky was only 2 years old when he first started skating. He grew up with his parents and his four siblings.

His grandparents had a hockey rink in their backyard which made it easy for Gretzky and his siblings to learn how to skate.

When he was a teenager he was making waves across Canada. He was selected third in the 1977 Ontario Major Junior Hockey League. His future as an NHL player began when Gretzky played for his home country and led the entire tournament in scoring.

Gretzky signed with the Indianapolis Racers in 1978. The franchise closed its doors and sold its young asset to the NHL’s Edmonton Oilers.

The following year he embarked on his first full NHL season. His performance was a big success, and he went on to win the league’s Hart Memorial Trophy. The award recognized its most valuable player.

Wayne Gretzky got nicknamed The Great One because of his big numbers and scores in his hockey games. In 1988 the Oilers traded Gretzky to Los Angeles for a slew of players. In the fall of 1988, he donned a Kings jersey for the first time.

In 1996 Wayne started to play for the St. Louis Blues. After just one season he was on the move again to the New York Rangers.

He played for the New York Rangers for three more years and finished his career in 1999. Gretzky is one of the most dominant scorers and the greatest hockey players of all time. He holds 61 NHL records.

Currently, Gretzky works in the restaurant business and the wine business with his family and he lives in California.

Here are some of the best highlights of Wayne Gretzky’s career:

“There’s no perfect coach in the world. Coaches are human, too. Mistakes are made. But, fundamentally, if you’re sound, you eliminate as many mistakes as possible.” – Wayne Gretzky

“I knew at a young age, whether I was playing baseball or hockey or lacrosse, that my teammates were counting on me, whether it be to strike the last batter out in a baseball game or score a big goal in a hockey game.” – Wayne Gretzky

“I think that from the time you start playing sports as a child you see that your responsibility to your team is to play the best that you can play as an individual… and yet, not take anything away from being part of a team.” – Wayne Gretzky

“Listen, everything I have in my life is because of the NHL and because of hockey, and I love the game and I loved every minute of being a player, I loved coaching, I loved being involved in the NHL.” – Wayne Gretzky

Now that you know all about Wayne Gretzky’s net worth, and how he achieved success; let’s take a look at some of the lessons we can learn from him:

No matter who you are we’re creatures of habit. The better your habits are the better they will be in pressure situations.

2. No Perfect Coaches in The World

There no perfect coach in the world, coaches are humans too. Mistakes will always be made and if you’re sound you eliminate as many mistakes as possible.

Procrastination is one of the most common and deadliest of diseases and its toll on success and happiness is heavy.

How much is Wayne Gretzky worth?

Wayne Gretzky’s net worth is estimated to be $250 Million.

How old is Wayne Gretzky?

How tall is Wayne Gretzky?

Wayne Gretzky is one of the best hockey players in the world and has received many prestigious awards for all of his achievements. He has accomplished a lot in his career and influenced many.

What do you think about Wayne Gretzky’s net worth? Leave a comment below.