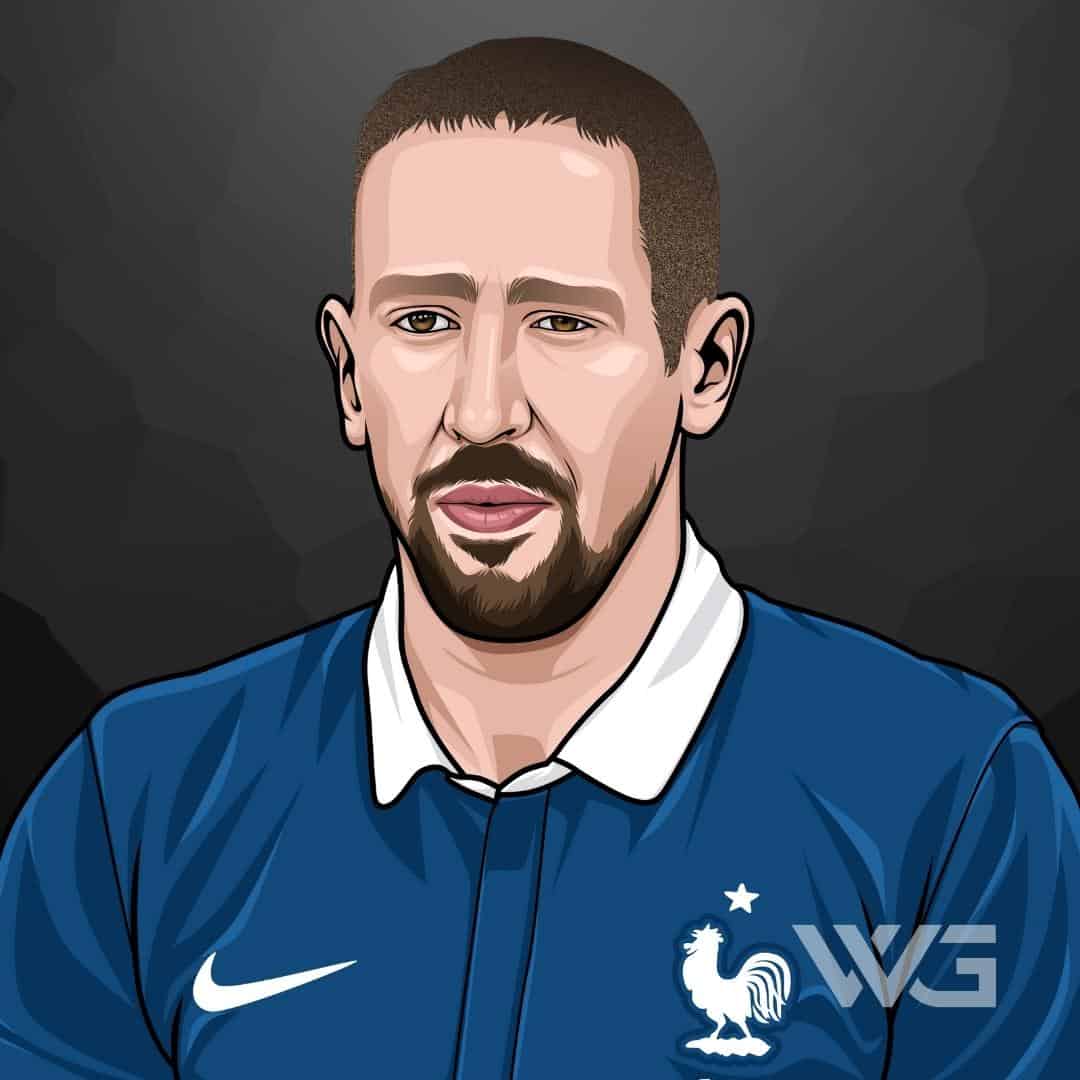 What is Franck Ribéry’s net worth?

Franck Ribery is originally from France and has been playing in the professional leagues since the early 2000s.

He is known as one of the best players in the whole of Europe, having started his career playing for four top-flight clubs while still in France.

Most of his wealth comes from his soccer skills, but he also earns additional income through his endorsements for Nike.

Based on the reported earnings of the top European players, Ribéry is estimated to be one of the 20 highest-paid soccer stars worldwide.

As of November 2022, Franck Ribéry’s net worth is estimated to be $70 Million.

He was born into a low-income family who lived on the outskirts of the city. At a young age, he was involved in an accident involving a lorry and the car his family was driving in. He was lucky to survive the accident but suffered from facial wounds and would be teased by other kids at school for it.

He started his football career at the young age of six, in 1989. While pursuing his dream, he previously worked as a construction worker for his father. He left his club after seven years and decided to join LOSC.

He played for LOSC for three years before moving on to US Boulogne in 1999. He played there for two years and shortly after moved to Turkey to join Galatasaray, where he won his first Turkish Cup.

Things went sour with Galatasaray and Franck. Franck decided to invoke a FIFA ruling which would allow him to withdraw from his contract. He left due to not being paid for four months and only played 15 matches while in Turkey.

He joined a club called Marseille on his arrival back in France and played for two seasons. During those two seasons, he was able to help his team reach the final of the Coupe de France.

Franck joined the German club, Bayern München on a transfer fee of $25 million, for four years. Bayern was one of the best times of his career with four Bundesliga titles, one UEFA Champions League, four DFB-Pokal, and a FIFA Club World Cup.

He won German Footballer of the Year and French Player of the year (which he went on to win three times), making him the first player to achieve both honors. After many successful seasons, Franck decided to extend his contract till 2019.

In 2019, Franck concluded his career with the German club with 24 titles. He shortly thereafter signed a deal with the Italian club, Fiorentina. Later in the same year, he was given a three-match ban after an argument with a match official.

Franck signed with Salernitana in 2021 and was ranked by The Guardian newspaper as one of the best players in the world. He is also affectionately known as the “jewel” of French football.

Franck has always been an asset to every side he’s played for, with this being reflected in his impressive salary packages.

With many seasons still left in him, we’re sure to enjoy Franck’s brand of speedy play for a long time to come.

Franck has always been careful with his finances, most probably due to his poor upbringing.

Here’s a breakdown of Franck Ribéry’s annual net worth:

Upon marrying his wife, he converted to Islam and adopted the name, Bilal Yusuf Mohammed.

Franck is known to be involved in many promotional campaigns and is sponsored by the well-known company, Nike.

He has also appeared in a music video for Magic System, with the song reaching number one in the French charts, staying there for seven weeks. You can follow his official Instagram account for more about his private life and soccer career.

Franck Ribéry is ranked as one of the world’s best soccer players, in line with Messi, Bastian Schweinsteiger, and Antoine Griezmann, which is reflected in his awards and amazing international achievements.

His skill and speed down the wing are legendary, wrong-footing his opponents and beating them with his breathtaking technique are what his fans expect in every game.

Here are some of the more memorable moments from Franck Ribéry’s career:

Franck is reaching the end of his career and we only have a few more seasons to enjoy his incredibly quick play before he reaches retirement age.

How Does Franck Ribéry Spend His Money?

Franck has an impressive car collection that includes some of the most expensive cars in the world, a Lamborghini Aventador, Lamborghini Gallardo, BMW X6M, Audi S8, and Porsche 918 Spyder. This collection has a total worth of more than $1.1 million.

Franck is also known for his auctions to help support charities worldwide. He announced that he could spend his money however he likes after critics pointed out the amount of money he spends daily.

Ribery has provided fans with some of the most exciting soccer over the past 2 decades.

With his lightening quick pace and incredible dribbling skills, he’s as agile as Cristiano Ronaldo and can take on the best players in the world with ease.

Here are some of the best highlights of Franck Ribéry’s career:

In an era when so many top soccer players vie for the limelight, Franck more than holds his own and can beat them at their best.

Franck is an outspoken individual who never backs down from a verbal skirmish. However, he has dealt with a lot of negative talk from both fans and opponents and is committed to succeeding, no matter what.

Here are our favorite quotes from Franck Ribéry:

With his fanatical approach to football and long training hours, Franck is adamant that hard work is what he has to thank for his amazing career.

Now that you know all about Franck Ribéry’s net worth, here are some of the best success lessons to learn from Franck Ribéry:

1. Always Treat Others The Way You Would Want To Be Treated

Franck had difficult social moments due to his scar but would still treat others with respect.

He had many tough times during his childhood, but this helped create a stronger person. It stood him in good stead for the difficulties he faced throughout his soccer career.

He feels that once you have achieved mastery on the field, the money will come. But you have to want to be out there and not just because you can make a lot of money.

Starting with very little, to become one of the highest-paid soccer players in the entire world is a dream come true for Franck.

He is an inspiration to everyone, showing that, no matter your background, you too can follow your dream.

He suffered difficult moments, most of them revolving around the way he looked because of his scars, but never let that stop him.

Frank Ribery is a fast, strong player to have in a team and will continue to fight to stay at the top and pursue his dream until the age of 40.

As of November 2022, Franck Ribery’s net worth is estimated to be $70 Million.

What do you think about Franck Ribéry’s net worth? Leave a comment below.