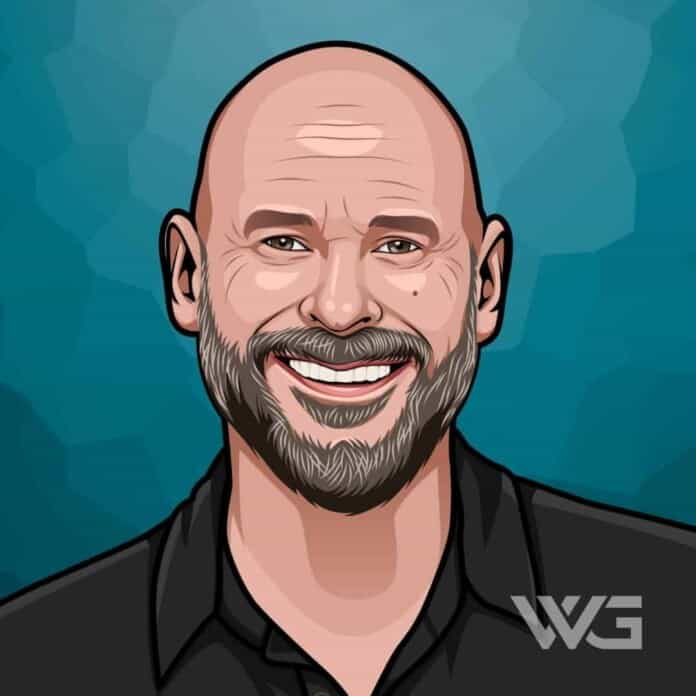 What is Guy Laliberte’s net worth?

Guy Laliberte is a Canadian billionaire businessman and poker player.

Laliberte is the co-founder of Cirque du Soleil. In 2018, he was ranked by Forbes as the 11th wealthiest Canadian.

Guy Laliberte was born on the 2nd of September, 1959, in Quebec City, Quebec, Canada.

His parents took him to watch the Ringling Brothers and Barnum & Bailey Circus. While he was in school, he produced many performing arts events.

After school, he left Canada to hitchhike around Europe at the age of 18. He made his money by playing the accordion.

Laliberte joined a performing troupe called Les Échassiers, which included fire-breathers, jugglers, and acrobats who hitchhiked around the country to shows.

In 1982, Laliberte organized his first event La Fête foraine de Baie-Saint-Paul, which attracted street performers from across Canada and the US.

It was presented for three years, and it usually ended with a large-scale show that gathered all the best acts together on one stage.

These final shows were so popular and spectacular that the idea of a touring “circus without animals” arose.

In 1984, he founded Cirque du Soleil. It toured Québec, and its big top had a capacity of 800 seats. The following year, the tour included stops in Ottawa, Toronto, and Niagara Falls.

In 2007, Laliberte announced the official launch of the One Drop Foundation, which was an organization whose goal is to make water accessible to everyone in the world.

How Does Guy Laliberte Spend His Money?

Guy Laliberte spends his money on real estate and cars.

Laliberte loves cars, and one of his most notable car purchases is a McLaren P1.

Here are some of the best highlights of Guy Laliberte’s career:

“Cirque du Soleil means Circus of the Sun. When I need to reenergize, I go somewhere by the ocean to sit back and watch the sunsets. That is where the idea of ‘Soleil’ came from, on a beach in Hawaii, and because the sun is the symbol of youth and energy.” – Guy Laliberte

“I’m a humanist. I always believed, even with Cirque du Soliel, that this is my way to contribute to a better world. I believe I’m very privileged, but many people face reality when they wake up in the morning of not having food or a glass of water. Life’s been good to me, and I believe you have to feed the circle of life.” – Guy Laliberte

“We are in a position of financial and social power, and we could be agents of change in our society. Without pretension, I believe we could be a nice little gardener who takes care of the garden, and hopefully, our neighbor will do the same. Then, maybe we’ll achieve a better world.” – Guy Laliberte

“Ironically, the opportunity to go into space brings you back down to Earth big time! My decision must also take into account my children, my family, and my friends. I must be at peace with this decision. And I was. I weighed the risks without letting fear feed on fear. There is no room for fear in my life.” – Guy Laliberte

“Sometimes just being on a beach with my loved ones is all the adventure I need. Happy camper and continue to be a citizen of the world. I have yet to discover other cultures, other peoples’ dreams, and treasures. I will always be a traveler who is discovering beautiful Gaia.” – Guy Laliberte

Now that you know all about Guy Laliberte’s net worth and how he achieved success; let’s take a look at some of the lessons we can learn from him:

Along the way, let’s never forget that once we were children and that we were all playing together without distinction of skin color, society level, or where people come from.

Adults need to remember to play and to be more childlike in their behavior. We’ve forgotten what that childlike experience was like.

Inside every adult, there’s still a child that lingers. We’re happiness merchants – giving people the opportunity to dream like children.

Life is full of adventure. There’s no such thing as a clear pathway.

How much is Guy Laliberte worth?

Guy Laliberte’s net worth is estimated to be $1.6 Billion.

How old is Guy Laliberte?

How tall is Guy Laliberte?

Guy Laliberte is a Canadian circus performer. Laliberte is best known for being a successful entrepreneur and poker player.

He is currently the CEO of Cirque Du Soleil. At a younger age, he became an accomplished accordionist, fire eater, and stilt walker.

In 1984, he created Cirque Du Soleil after recognizing the talents of his local neighbors. Since then, he has helped guide the creative team through every aspect of the show.

What do you think about Guy Laliberte’s net worth? Leave a comment below.