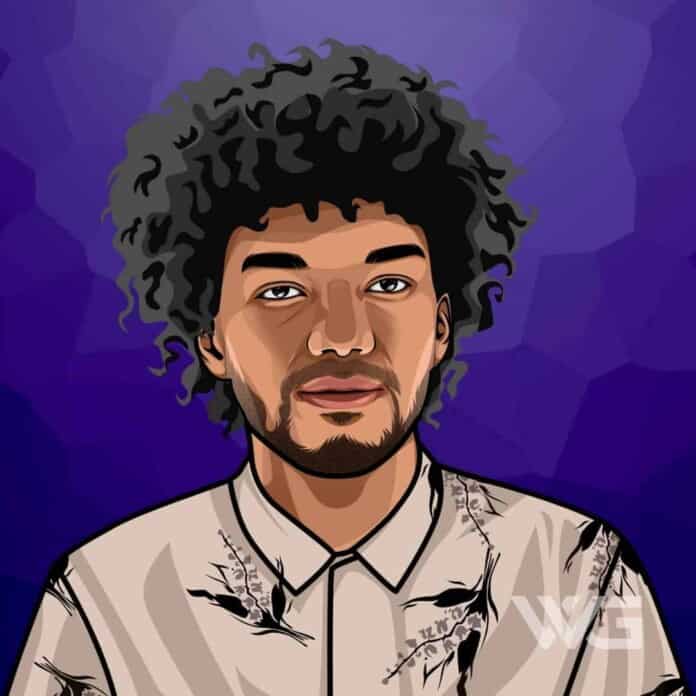 What is Justice Smith’s net worth?

Justice Smith is an American actor. Smith is best known for his performance in the films ‘Jurassic World: Fallen Kingdom’ and ‘Detective Pikachu’.

He grew up learning to sing and went on to become more interested in acting. When he was a teenager, Smith had been a part of a commercial and a TV-show.

Smith rose to fame with the Nickelodeon show ‘The Thundermans’.

Justice Elio Smith was born on the 9th of August, 1995, in Los Angeles. Smith is the son of Wayne Smith and Dulilia Setacci. He grew up with his three brothers and his four sisters. Smith attended the Orange Country School of the Arts, where he graduated in 2013.

Smith’s parents are singers, and he grew up learning singing. However, he struggles to showcase his skills, and he was more drawn to acting. His first acting project was a kindergarten play titled ‘Three Billy Goats Gruff’. When he was 15 years old, he did an Apple commercial. He played a middle-school news reporter discussing the advantages of wind turbines.

In 2014, Smith starred in the superhero comedy series ‘The Thundermans’. He also starred in the HBO documentary series ‘Masterclass’. The following year, he had a supporting role as Marcus Lincoln in ‘Paper Towns’ alongside Nat Wolff and Cara Delvingne.

Smith had the lead role of Ezekiel Figuero in the Netflix drama series ‘The Get Down’ in 2016. The following year, he was on Forbes 30 under 30 List. Smith co-starred in ‘Every Day’ as Justin in 2018. He had a major role in the science-fiction sequel ‘Jurassic World: Fallen Kingdom’.

Smith rose to fame when he starred in the blockbuster ‘Pokemon Detective Pikachu’, a live-action film based on the same name’s video game. He starred alongside Elle Fanning in the movie ‘All the Bright Places’.

Smith participated in a live adaptation of ‘The Importance of Being Earnest’ by Oscar Wilde and ‘This Is Our Youth’ by Kenneth Lonergan with Acting for a Cause.

How Does Justice Smith Spend His Money?

Justice Smith loves fashion, and some of his fashion influences include Frank Ocean and Kevin Abstract. Smith owns several Prada outfits in his wardrobe.

Smith loves to dress fancy and he owns many expensive outfits. Some of his fashion icons include Ashton Sanders, Frank Ocean, and Kevin Abstract. He likes to wear mature clothing and he owns many outfits from Prada.

Here are some of the best highlights of Justice Smith’s career:

“I’ll be in ‘The Get Down’ from the creator Baz Luhrmann, and it takes place in the ’70s with South Bronx kids growing up at the rise of hip-hop and really when the city was at its financial worst. It’s about teens struggling with violence, drugs and gangs and trying to find solace in music and all that good stuff.” – Justice Smith

“My guilty pleasure is competitive cooking reality shows. I don’t like cooking shows when it’s just about cooking. It has to be competitive – they’re fighting and yelling at each other. I am obsessed with those shows, and I have no idea why.” – Justice Smith

“In high school for prom, I asked my girlfriend – we were both into horror movies – by dressing up as a zombie. I had a bloody t-shirt and I spray-painted a giant question mark on my t-shirt and had people hold bloody sings saying, ‘Dying to go to prom with you.” – Justice Smith

“At a very young age I was writing stories and scripts. I was always artistic and I was always encouraged to be artistic because my parents are artists, and I loved making people laugh. I remember watching this thing on HBO Kids — kids shooting short films and then acting in them.” – Justice Smith

Now that you know all about Justice Smith’s net worth, and how he achieved success; let’s take a look at some of the lessons we can learn from him:

Stay focused and stay determined. Don’t look to anyone else to be your determination – have self-determination. It will take you very far.

We’re not here forever, so you better stay present and avoid living in the past and the future.

Good things take time, be grateful when you finally reach your goals.

How much is Justice Smith worth?

Justice Smith’s net worth is estimated to be $1 Million.

How old is Justice Smith?

How tall is Justice Smith?

Justice Smith is an American actor best known for starring in the movies Jurassic World: the Fallen Kingdom’, ‘Detective Pikachu,’ and ‘All the Bright Places.’

He made his acting debut in 2012 and has since then established become an incredible actor. Smith has also starred in movies such as Paper Towns’ and ‘Every Day.’ He was nominated for a Drama Desk Award for “Outstanding Featured Actor” in 2017.

What do you think about Justice Smith’s net worth? Leave a comment below.

Duchess of Cambridge, Kate Middleton, made history when she married Prince William, but before becoming a royal, she had a surprisingly substantial net worth!