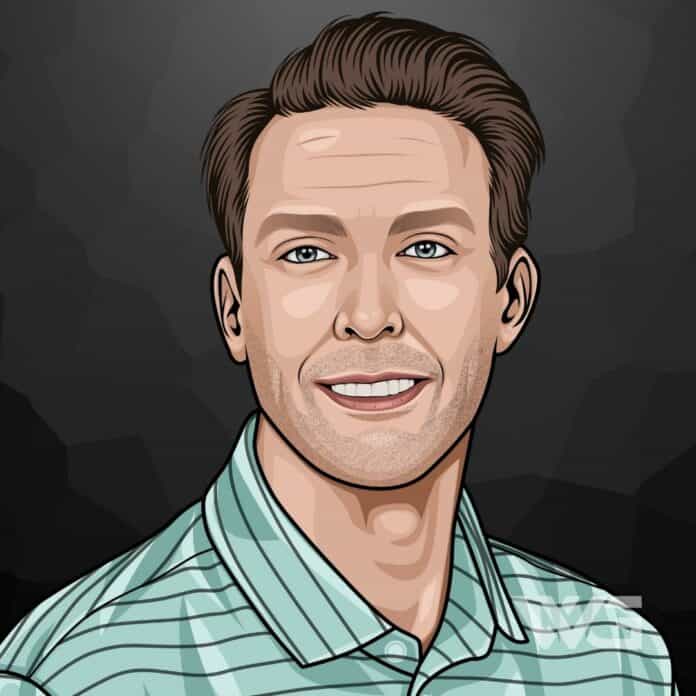 What is Hunter Mahan’s net worth?

Hunter Mahan is an American professional golfer who plays on the PGA Tour and has won two World Golf Championships.

With a career-high of fourth place on the World Golf Rankings, he’s enjoyed additional success outside the PGA Tour.

As of November 2022, Hunter Mahan’s net worth is estimated to be $30 Million.

Hunter Myles Mahan was born May 17, 1982, in Orange, California, where he played golf at an amateur level from an early age.

At the University of Southern California, he played for one year at USC before transferring to Oklahoma State University, becoming a two-time Big 12 Conference Player of the Year.

In 2003, Hunter Mahan began his career as a professional golfer, qualifying for the PGA Tour card for the 2004 season.

He won his first championship in 2007, taking home the Travelers Championship and making the list of the top 100 Official World Golf Rankings.

His following performances at the FedEx and Presidents Cup drew the attention of Jack Nicklaus, who selected him as one of the captains for the U.S. team.

In 2010, Mahan went on to bear Rory McIlroy to win the WGC-Accenture Match Play Championship, increasing his bankability and popularity.

In addition to his golfing activities, he’s worked with Bubba Watson, Ben Crane, and Nick Fowler as part of the Golf Boys boy band, donating proceeds from video views to charity.

His many brand endorsements include the makers of some of the most expensive golf balls in the world, Titleist, Under Armor, and Ace Hardware.

While Hunter Mahan’s career earnings fall short of iconic players such as Tiger Woods, he’s nevertheless taken home large sums of money over the course of his career.

While Mahan continues to play golf professionally, his slide down the world rankings and recent performances indicate a decline in his status as a high-earner.

Hunter Mahan saw a significant increase in his net worth and assets at the peak of his career, spanning between his two world championship wins in 2010 and 2012.

This growth saw his most lucrative brand endorsements coming into play, further enhancing his earning capacity at the time.

While his net worth growth is likely to slow down due to his recent drop in performance, Mahan’s investments should ensure it remains steady.

In 2011, Hunter Mahan married Kandi Harris, a cheerleader for one of the richest NFL teams in the world, the Dallas Cowboys.

Mahan withdrew from the RBC Canadian Open in 2013, so he could attend the birth of his daughter, Zoe.

He uses his official Instagram account to update his fans on his latest activities as part of the Hunter Mahan Foundation.

While Mahan hasn’t quite reached the ranks of the richest golfers in the world, he’s still accomplished a great deal worthy of note.

A two-time world championship winner, he’s also picked up trophies at other PGA Tour contests and other non-PGA Tour events..

Here are some awards and accolades from Hunter Mahan’s career:

Mahan’s form might have declined in recent years, but he can’t be ruled out as a potential winner capable of more success in the event of a comeback.

How Does Hunter Mahan Spend His Money?

With an income of several million dollars spanning several years, Hunter Mahan has been able to afford a high standard of living.

While some pro golfers buy the most expensive cars in the world, Mahan prefers to spend his money on customized trucks.

In 2015, he sold his home, which featured a golf simulator, indoor basketball court, and several swimming pools, for $1.68 million.

His mansion in Texas, another sprawling property with pools, cinema rooms, and other amazing features, sold for $9.5 million in 2014.

Over the course of his career, Hunter Mahan has accomplished a great deal, both in championships and tournaments and away from the golf course.

His many brand endorsements have raised his public profile and overall earning capacity.

Here are some of the best highlights of Hunter Mahan’s career:

Hunter Mahan has failed to perform to his previous high standards in recent years, but his continued involvement could throw up a few more surprises in the future.

Hunter Mahan isn’t known for conducting lengthy interviews with the media, but he has shared some insights from time to time.

He’s happy to reflect on his performances and victories, and the challenges he’s faced as a professional golfer.

Here are our favorite quotes from Hunter Mahan:

Now that you know all about Hunter Mahan’s net worth let’s see how his life and experiences can bring valuable lessons to the table.

His world championship wins and extensive charitable work inspire anyone looking to succeed in life.

Here are some of the best success lessons to learn from Hunter Mahan:

1. Take Care Of Your Nutrition

Hunter Mahan has shared his insights into nutrition, citing smoothies as his secret to good health.

He encourages a plant-based diet in order to maintain a healthy weight and stay on top of your game.

When discussing his upbringing, Hunter Mahan is grateful for his family for letting them follow his dreams and become a golfer.

3. Healthy Competition Is A Good Thing

While competitiveness can be counter-productive, it can lead to great things when channeled correctly.

So there you have it, our complete guide to the professional career and championship victories that helped Hunter Mahan earn his net worth.

He continues to play golf professionally, with potential earnings from future prize money and sponsorships likely to increase his wealth.

To ensure this article covers the latest information, we’ll update it in the future, so check back again for the details.

As of November 2022, Hunter Mahan’s net worth is estimated to be $30 Million.

What do you think about Hunter Mahan’s net worth? Leave a comment below.