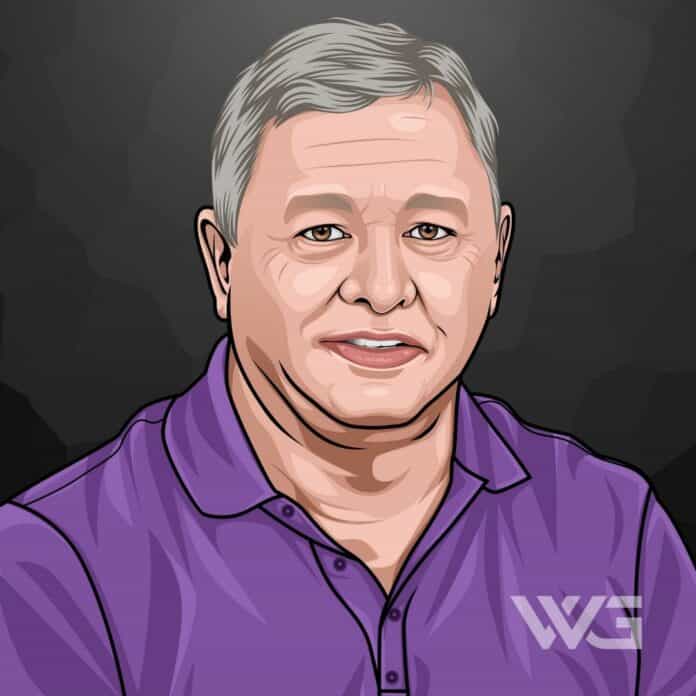 What is Ian Woosnam’s net worth?

Ian Woosnam is a Welsh professional golfer known as one of the “Big Five” golfers who enjoyed major success during the 1980s and 1990s.

Ian Harold Woosnam was born 2 March, 1958, in Oswestry, England, and he was raised in the nearby village of St Martin’s in Shropshire.

He began playing golf at the Llanymynech Golf Club, which straddles the Wales-England border, playing as an amateur for several years.

Woosnam participated in many amateur championships before turning pro, often playing in the Shropshire countryside along with Sandy Lyle.

In 1976, Ian Woosnam began his career as a professional golfer, participating in his first European Tour competition in 1979.

His career took off following his win at the Swiss Open in 1982, where he came in eighth place on the Order of Merit list of prize money winners.

He placed in the top ten of the Order of Merit list for each consecutive year between 1983 and 1991, earning a place several more times in the following years.

His success led him to be categorized as one of the “Big Five”, along with some of the richest golfers in the world, such as Nick Faldo, Seve Ballesteros, and Bernhard Langer.

Woosnam has defeated some of the world’s leading golfers, including Greg Norman, whom he beat in the 1997 Dubai Desert Classic tournament.

The same year, he beat Darren Clarke to win the Volvo PGA Championship, also knocking Ernie Els and Nick Faldo out of the race.

At the peak of his career, Ian Woosnam took home millions of dollars each year in prize money and fees for his lucrative brand endorsement deals.

His earnings from golf since the 1990s have dropped significantly, although details about his business ventures and other investments are unknown.

While Woosnam continues to play golf professionally, he’s unlikely to match the peak income he made during his career based on his recent earnings.

Ian Woosnam’s impressive net worth is primarily a result of his successful winning streak beginning in the 1980s and continuing throughout the next decade.

During this era, he became one of the richest athletes in the world, often winning multiple golfing open championships in a single year.

Woosnam’s net worth growth may have slowed down in recent years, but his ongoing presence in many championships means it may still increase in the future.

Ian Woosnam married his wife, Glendryth Woosnam, in 1983, with whom he has three children, Daniel, Rebecca, and Ami.

He suffers from ankylosing spondylitis, a type of arthritis that he was diagnosed in 1987.

Through his official Twitter account, Woosnam regularly updates fans on his professional golfing activities and other sporting news.

Few professional golfers can claim the same high degree of success as Ian Woosnam, who has over 50 professional wins to his credit.

These include many European Tour wins, alongside team appearances in the World Cup on over a dozen occasions.

Here are some notable awards and achievements from Ian Woosnam’s career:

It’s a truly impressive list of achievements that Woosnam has earned through hard work and dedication to his sport.

How Does Ian Woosnam Spend His Money?

With more than enough money to invest in the world’s most expensive golf clubs, Ian Woosnam is accustomed to a life of luxury.

He has been seen driving high-end BMW cars, a brand-new Mercedes-Benz, and was even spotted driving a Batmobile on Magnolia Lane.

Woosnam’s properties have included La Hougue in St Peter, Jersey, which was put on the market for several million dollars in 2010.

Ian Woosnam has enjoyed many career high points with his dozens of tour championships and other non-PGA victories to his name.

His career is notable for his many sponsorship deals, ranging from the Golf Academy sponsorship to serving as ambassador to Glenmuir.

Here are some of the best highlights of Ian Woosnam’s career:

Woosnam’s ongoing presence in professional golfing tournaments means we can expect more future highlights and success from the veteran player.

Throughout his career, Ian Woosnam has been happy to speak at length to the media about his approach to golfing and the challenges he’s faced.

This includes his thoughts on becoming a team member for the Ryder Cup and his attitude toward spending time in the gym.

Here are our favorite quotes from Ian Woosnam:

Now that you know all about Ian Woosnam’s net worth let’s take a closer look at the important life lessons we can learn from his experiences.

As one of the most successful golfers of all time, his work ethic is something we can take inspiration from in our endeavors.

Here are some of the best success lessons to learn from Ian Woosnam:

1. Don’t Be Afraid Of Hard Work

As a young boy, Ian Woosnam spent a lot of time working on a farm, starting the working day at 6am and working through many hours.

This experience taught him the importance of hard work, which he applied to his golfing practice.

2. Illness Shouldn’t Deter You From Success

Woosnam’s diagnosis with arthritis didn’t stop him from training hard to become the best golfer he could be.

Since the diagnosis, he’s won many tournaments, proving illness shouldn’t be a barrier to success.

Many of Woosnam’s successes have come while playing as a team, for instance, at the Ryder Cup.

Honing your teamwork skills is a great way to expand your potential horizons for future success.

That concludes this complete overview of the professional life, career, and net worth of Welsh professional golfer Ian Woosnam.

With multiple tournaments, trophies, and cup victories to his name, he’s earned his place in golf’s hall of fame.

Since his career is far from over and his net worth is likely to change, we’ll be updating this article in the future to make sure it covers everything you need to know.

What do you think about Ian Woosnam’s net worth? Leave a comment below.