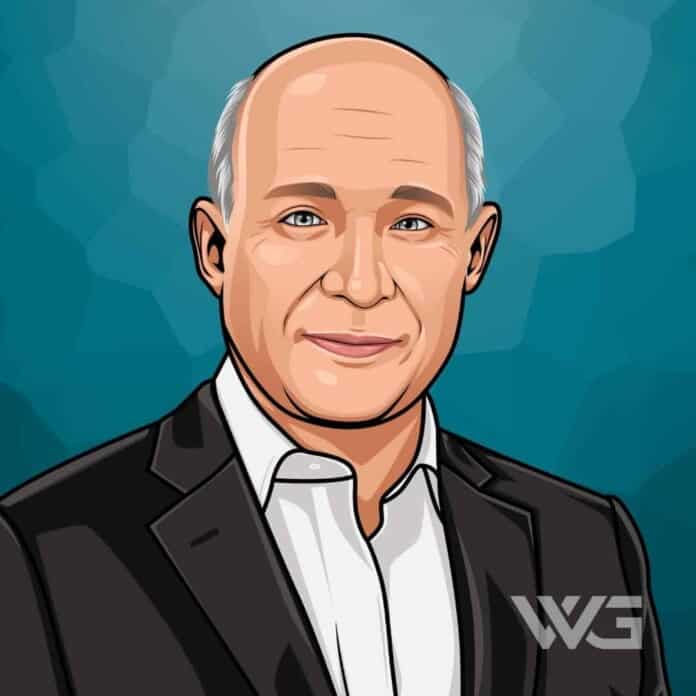 What is James Balsillie’s net worth?

James Balsillie is a businessman and philanthropist. Balsillie is the former and co-CEO of the company Research In Motion.

Since he left Blackberry in 2012, he has taken up a number of roles in Canadian business and society. He is the founder of the Balsillie School of International Affairs.

James Laurence Balsillie was born on the 3rd of February, 1961, in Seaforth, Ontario.

Balsillie received a Bachelor of Commerce degree from Trinity College in 1984.

During his college years, he was a member of the elite Zeta Psi fraternity. In 1989, he earned an MBA from Harvard Business School.

In 2007, Apple brought to market the first touchscreen smartphone. Steve Ballmer discarded the idea. while the former president Barack Obama showed his love for his BlackBerry. BlackBerry would not have a touch screen smartphone until after Balsillie’s departure from the executive suite.

The same year, Balsillie resigned his role as chairman of RIM. He retained his roles as co-chief executive and director. On the 17th of May, the same year, RIM announced that “Consistent with current best practices in corporate governance, the roles of Chairman and CEO have been separated.”.

In 2012, RIM announced that Balsillie would step down from the Board of Directors. He then resigned from the Board due to strategic differences with RIM’s new leader and CEO, Thorsten Heins.

One publication blamed “managerial gridlock” and deteriorating product quality BlackBerry’s fall from grace in the years from 2010 to 2013.

How Does James Balsillie Spend His Money?

In 2007, he donated $50 million to the University of Waterloo, Wilfrid Laurier University, and the Centre for International Governance Innovation.

Here are some of the best highlights of James Balsillie’s career:

“There may be 300,000 apps for the iPhone and iPad, but the only app you really need is the browser. You don’t need an app for the web … You don’t need to go through some kind of SDK and you can use your web tools … And you can publish your apps to the BlackBerry without writing any native code.” – Jim Balsillie

“No other technology company other than Apple has successfully transitioned their platform. It’s almost never done, and it’s way harder than you realise. This transition is where tech companies go to die.” – James Balsillie

“Innovation is a very specific thing: the commercialization of ideas across all industries and sectors. It’s a technical, specific, agreed-upon economic definition. And we’ve had so much punditry and posturing by people in this country that they’ve taken what is a very specific, technical and surgical concept and made it broad and general.” – James Balsillie

“Sure. In the United States, there are 1,100 standards for silicon. Now each standard embodies IP. If your IP is picked as a standard, you have a lottery ticket. Your competitors have to pay you. Well, Canada has not really participated in these forums, that I know of, in the past 10 years.” – James Balsillie

“Yes, and the people who say that are the keepers of the 19th- and 20th-century orthodoxies. When RIM was part of the Rockstar Consortium to buy Nortel’s patents, there were three o’clock in the morning phone calls to the U.S. Department of Justice, which was setting the rules for how the buyer had to avail those patents to the rest of the market.” – James Balsillie

Now that you know all about James Balsillie’s net worth and how he achieved success; let’s take a look at some of the best lessons we can learn from him:

You have to pay a lot of attention to what’s important, what’s permanent, what’s real.

Balsillie doesn’t think people buy technology products because of the people’s personalities behind them.

3. Get Your Facts Right

Always be sure what you’re talking about. Have the right facts.

How much is James Balsillie worth?

James Balsillie’s net worth is estimated to be $800 Million.

How old is James Balsillie?

How tall is James Balsillie?

James Balsillie is a Canadian businessman who has earned most of his net worth being the co-CEO of the Canadian Company Research In Motion.

He was born in Ontario and raised in Peterborough. Balsillie has impressed many with his work, and he is regarded as an athlete and passionate fitness advocate.

What do you think about James Balsillie’s net worth? Leave a comment below.