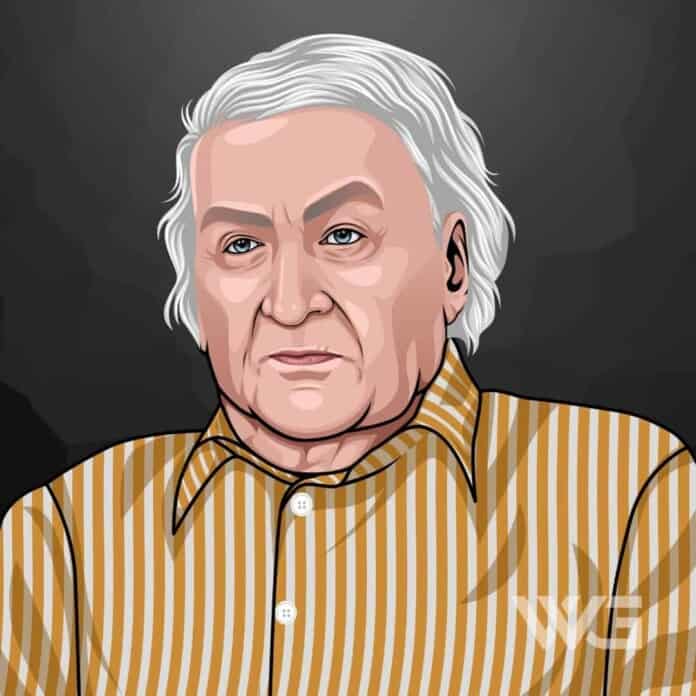 What is John Laws’ net worth?

This Australian radio personality has been a successful morning radio talk show host for over 60 years, and his lengthy career has led to him cultivating a hearty net worth.

Although he is best known to audiences in Australia, Laws and his smooth radio voice, have made a lasting impact in the industry, and he stands out as one of the richest and most legendary hosts to ever be broadcast.

Richard John Sinclair Laws was born in Wau, Papua New Guinea, to Australian parents in 1935, and he was educated at Mosman Preparatory School and Knox Grammar School in Sydney.

As a child, he contracted polio and would later contract it again as a young man.

When he turned 18, he wasted no time using his smooth radio voice to break into the broadcasting industry, taking a job as an announcer on 3BO in Bendigo, Australia, in 1953.

He shortened his name from Richard John Sinclair Laws to John Laws and was nicknamed Long John Laws because of his height and slim build.

John Laws worked at a number of small rural stations after leaving 3BO before joining 2UE in 1957 for the first of four tenures at the station.

During his time at 2UE, he became one of the first disk jockeys to play rock and roll, and he pioneered the practice of using airline connections to access international pop music before other commercial stations.

In 1979, he once again moved back to 2UE for another five years on the air before a highly publicized bid for his talents drew him over to 2GB.

Eventually, when 2UE ended up falling to number eight in station rankings, Laws returned once more, causing the station to bounce back and become the number one station in Sydney for many years until Laws’ rival, Alan Jones, joined 2GB, and it took the title of the top ranking Sydney radio station.

After 55 years in broadcasting, in 2007, John Law announced he would retire at the end of the year while he was on-air, though his retirement only lasted until 2010 when Laws’ management confirmed his return to radio.

However, his return to radio wasn’t as smooth as John Laws fans would have liked, and controversy soon followed after the host ended up making some unsavory comments.

In 2013, when interviewing a female listener about her sexual assault between the ages of six and 16, he asked if she had been provocative. He then stated the following day that women dressed provocatively were once known as “rape bait.”

Similarly, in 2015, Laws referred to a male victim of child sexual assault as a “wet blanket,” telling him that he should “brighten up.”

One particular comment that came while he was reading a critical email on-air ended up getting him investigated by the Australian Communications and Media Authority, who found he had violated two provisions in the Commercial Radio Code of Practice.

Despite these incidents, Laws hasn’t re-retired, and today can be found hosting the John Laws Morning Show on 2SM and the Super Radio Network.

John Laws has made a lot of money throughout his career in broadcasting and through sales of his albums and books.

However, he has also made quite a bit of money from business arrangements with significant companies in the 1990s.

Some of his most notable contracts include:

Contracts like this, which Alan Jones was also known to take, caused quite a stir when they were discovered, leading to a cash-for-comment scandal, though Laws denied any wrongdoing.

In 1976, John Laws married Caroline Laws, whom he remained with until her death in 2020.

While little else is known about his private life, we do know that he is an avid fan of motorsports and is often seen driving some of the most expensive cars in the world, including a Rolls Royce Phantom.

Throughout his long career, John Laws has reached many milestones and received prestigious awards for his work in radio and music.

Here are some highlights from John Laws’ career:

How Does John Laws Spend His Money?

With John Laws’ net worth being so high, it’s no surprise that he enjoys flying with the most expensive airlines in the world and collecting cars that cost more than most people’s houses.

Speaking of houses, he has sold two properties in recent years, a luxury apartment for $2.9 million in Woolloomooloo and a three-bedroom cottage for $3.42 million in Woollahra.

However, while these properties are impressive, his collection of cars is, by far, the most outstanding.

With a vast collection that includes a Rolls Royce, Bentley Continental GT, and Aston Martin DB9, Laws spares no expense when it comes to buying the cars he wants.

His collection even includes a red Ferrari Fiat 500, and we wouldn’t be surprised to find some of the most expensive Ferraris in the world tucked away in his garage alongside it.

While he did sell 17 of his cars at auction in 2016, he still has a collection of around 20 vehicles, which is wholly impressive.

John Law has reached many milestones in his career, but some are more significant than others.

Here are some of the best highlights of John Law’s career:

With such a long career in broadcasting, it should come as no surprise that John Laws has a lot of notable quotes.

While we can’t possibly cover all the great things he’s said during his time on the air, fortunately, some things stand out more than others.

Here are our favorite quotes from John Laws:

Now that you know all about John Laws’s net worth and how he spends his incredible wealth, we can look at what he can teach us about being successful!

Here are some of the best success lessons to learn from John Laws:

1. Always Look For Ways To Innovate

As a broadcaster, John Laws always looks for ways to get ahead of the competition, and it has served him extraordinarily well throughout his career and made him an invaluable asset to stations.

No matter what industry you’re in, staying ahead of the curve is essential, and it can help set you apart from everyone else.

You never know when you’ll come up with something that ends up being a game changer, so keep an open mind and think critically about how your goals can be most effectively reached.

2. Don’t Shy Away From Hard Work

On the radio, John Laws is a powerhouse who seems to never stop working.

This impressive work ethic is something that anyone looking to be successful should strive to emulate since you can’t just wait around for your goals to achieve themselves.

Communication can be vital for achieving success, and while working hard is half the battle, sometimes speaking up is the best course of action.

To find success for yourself, you need to be confident enough to speak your mind and advocate for your ideas so that they can have the opportunity to come to fruition.

John Laws is a titan of broadcasting and a legendary radio host with a net worth to make anyone jealous.

With over 60 years on the air, this successful morning radio talk broadcaster has more than earned his fame and wealth.

What do you think about John Laws’ net worth? Leave a comment below.