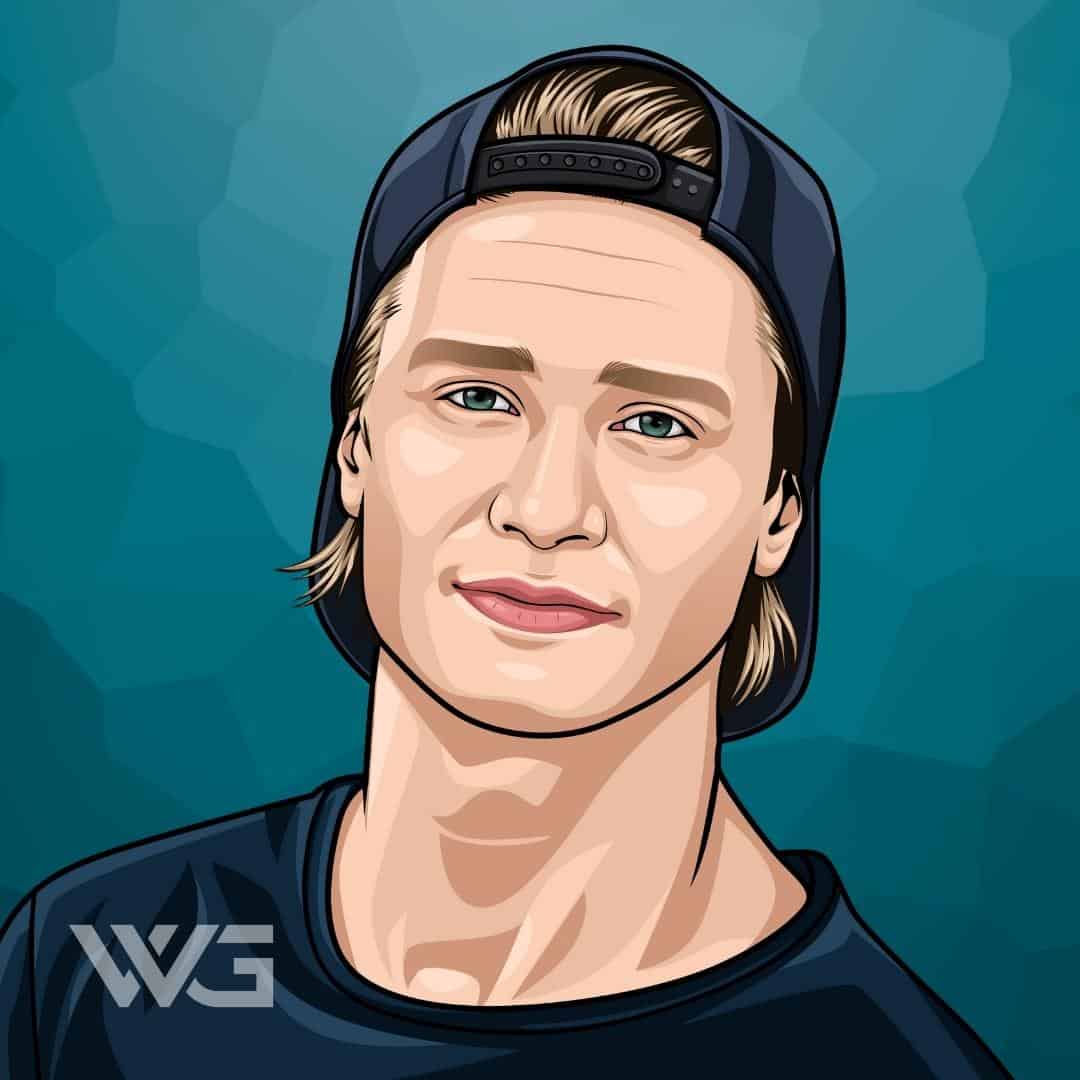 What is Kygo’s net worth?

Kyree Gorvell-Gahll, better known by his stage name Kygo, is a Norwegian DJ and record producer who rose to fame remixing songs.

He has since worked with some of the biggest artists in the music industry and earned a small fortune using his musical talents.

Kyrre Gorvell-Dahll was born on September 11, 1991, in Singapore to Norwegian parents Kjersti Gjerde, a dentist, and Lars Gorvell-Dahll, a worker in the maritime industry.

Kygo grew up in Tonsberg, Norway, with his older step-brother Mads, his two older sisters, Johanne and Jenny, and his younger half-brother Sondre.

As a child, his family traveled often to Brazil, Japan, Kenya, and Egypt, with Kygo stating that these trips influenced his music in a huge way.

When he was six, Kygo started taking piano lessons, and he still considers himself more of a pianist than a DJ, despite DJing being his original claim to fame.

Kygo made the decision to pursue music full-time when he was halfway through a business degree at Heriot-Watt University in Edinburgh, Scotland, and he’s said that Avicci was his biggest inspiration.

After making a name for himself on SoundCloud and YouTube, Kygo released his first single, “Epsilon,” with the Romanian record label Ensis Records in 2013.

After catching the attention of Avicii and remixing the song “Midnight,” Kygo was asked to be Avicii’s supporting act at the Findings Festival in Oslo in 2014.

In September of the same year, Kygo ended up replacing Avicii on the main stage of the TomorrowWorld concert due to the latter having health issues that prevented him from performing.

Kygo continued making waves until 2015, when he became the fastest artist to hit one billion streams on Spotify, after which he released his debut studio album Cloud Nine.

In 2017, Kygo had one of his biggest hits to date when he collaborated with Selena Gomez on the song “It Aint Me,” which topped charts in multiple countries and surpassed one billion streams on Spotify.

Kygo released his third studio album in 2020, titled Golden Hour, and in July of the same year, released a remix of Tina Turner’s “What’s Love Got to Do With It?” which earned him a lot of critical praise.

While he may not be one of the richest DJs in the world yet, Kygo’s net worth is steadily growing via a few significant income sources.

While these are only estimates, Kygo’s exact yearly earnings can vary depending on the projects he’s working on and how many tours he is involved with.

That said, his large income ensures that his net worth will continue increasing as he continues his career.

Kygo was previously known to be in a relationship with Maren Platou, though the pair have since broken up, and Kygo remains single.

He is noted to be a fan of Manchester United, one of the richest soccer teams in the world, and of Formula 1 racing, having performed a concert at the 2019 Bahrain Grand Prix, the 2021 Mexican Grand Prix, and the 2022 Miami Grand Prix.

Kygo has received numerous awards and nominations throughout his career for his musical talents.

Here are some highlights from Kygo’s career:

How Does Kygo Spend His Money?

Kygo is pretty low-key with how he spends his money, preferring to write music in peace instead of flaunting his wealth with fancy cars.

However, we do know that he lives in Bergen, Norway, when he’s not touring and that his house appears very bright and large in the glimpses he’s given fans in interviews and on social media.

While he may keep his spending habits under wraps, in 2016, the Norwegian Broadcasting Corporation announced that he gave $50,000 in profits from his concert to Frank Mugisha, an LGBT advocate in Uganda, to support his activism.

Kygo has reached many milestones throughout his career, some of which have set him apart from all other artists.

Here are some of the best highlights of Kygo’s career:

Kygo may be best known for his music, but he has also said numerous significant quotes that have stood out to fans.

Here are our favorite quotes from Kygo:

Now that you know all about Kygo’s net worth, we can look at what his impressive career can teach us about reaching our own goals.

Here are some of the best success lessons to learn from Kygo:

If you’re constantly doing the same thing the same way, you could fail to hone other important skills, which is why changing things up and challenging yourself is so important.

If you feel yourself getting stuck in a rut, make a change to how your doing something and see where it will lead you!

2. Incorporate All Of Your Skills

When trying to build yourself up, it is vital that you’re able to make use of all your skills.

Even if you’re just using a particular talent as a side hustle, it’s essential to keep going so that you continue to build yourself and not risk becoming a one-trick pony.

It’s easy to get bogged down with getting ahead, but even taking a half hour out of your day to laugh, listen to music, or work on a hobby you enjoy can be magical.

If you’re unhappy, your performance will suffer, and you’ll be much less likely to achieve your goals.

Kygo has built his career working with some of the biggest names in the music industry, and his remixes and songs have earned him loads of fans and money.

While he may not be the richest DJ in the business currently, if he keeps working as hard as he has been, he may very well take that title.

Make sure to check back often so that you don’t miss any changes in Kygo’s net worth.

What do you think about Kygo’s net worth? Leave a comment below.