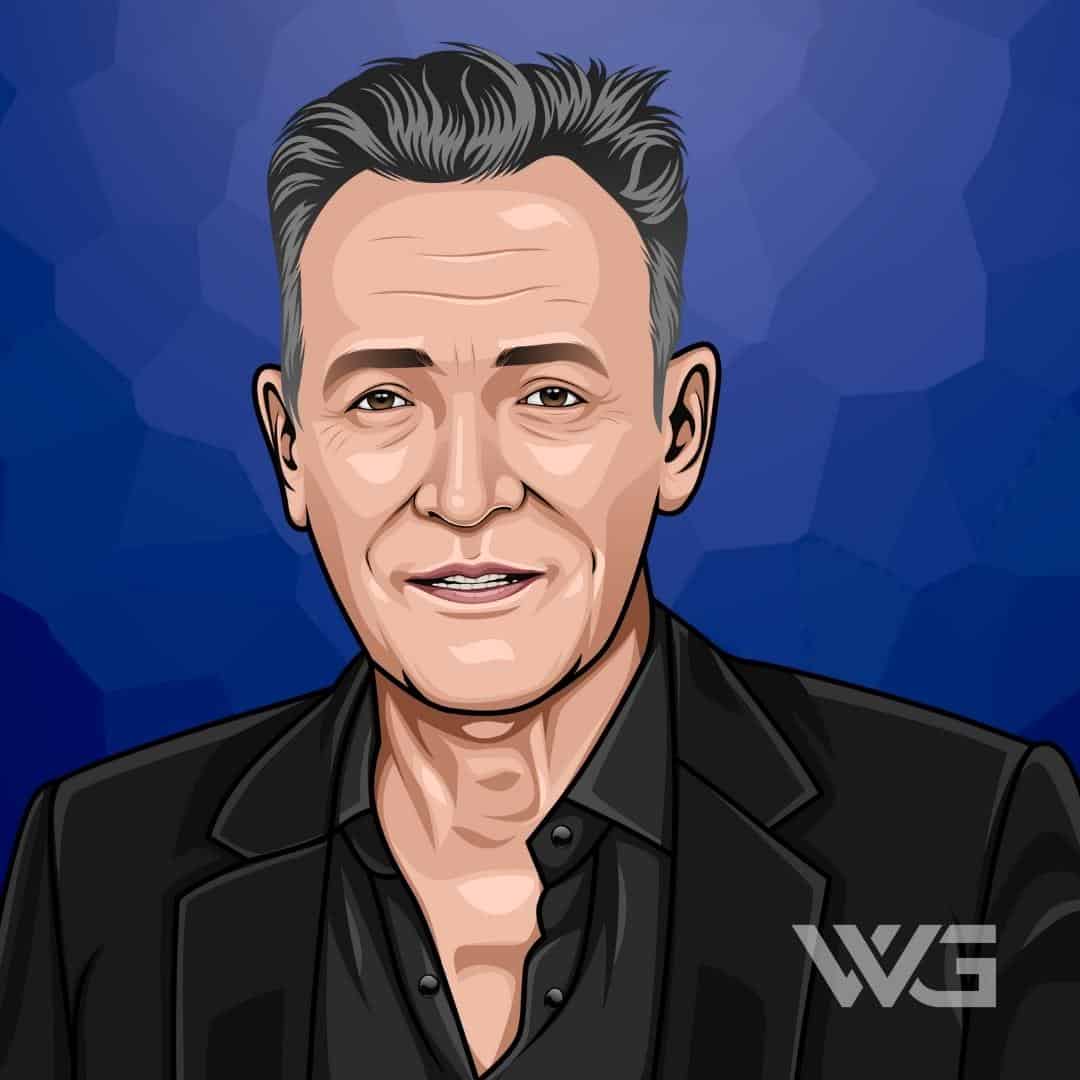 What is Bruce Springsteen’s net worth?

Bruce Springsteen is an American singer-songwriter and musician who has sold over 135 million albums over the course of his career.

In addition to his many record sales, Springsteen frequently tours, selling out stadiums and bringing in annual earnings that can reach $80 million.

As of February 2023, Bruce Springsteen’s net worth is estimated to be $650 Million.

Bruce Frederick Joseph Springsteen was born on September 23rd, 1949, in Long Branch, New Jersey, growing up in the Freehold district.

Brought up in a religious household, he attended the St. Rose of Lima Catholic School, taking early inspiration from Elvis Presley, whom he first saw on the Ed Sullivan Show when he was seven years old.

Concussion caused by a motorbike accident prevented Springsteen from serving in the military during the Vietnam war, and in 1964 he purchased his first guitar and began playing with a band called the Rogues.

Bruce Springsteen’s early career saw him play guitar for a variety of bands, including the Castiles, Earth, Steel Mill, and the Sundance Blues Band, forming the E Street Band in 1972 and releasing his debut album, Greetings from Asbury Park.

He found commercial success with his third album, Born to Run, reaching number 3 on the Billboard 100 and sparking a hugely popular tour.

His 1984 album, Born in the U.S.A, has become one of the best-selling albums of all time, and has been certified platinum by the RIAA fifteen times.

Throughout the 1980s and 1990s, Springsteen released several consecutive hit albums, including Tunnel of Love, The Ghost of Tom Joad, and Human Touch, reuniting with the E Street Band in the 2000s.

His music has been featured in many hit Hollywood movies, beginning with the Tom Cruise comedy Risky Business, released in 1983.

Bruce Springsteen has consistently ranked as one of the richest rockstars in the world, with annual career earnings frequently running into the tens of millions.

As his career earnings indicate, Bruce Springsteen’s net worth has had plenty of room to grow over the years.

Best-selling records, combined with many sell-out tours, have seen his net worth increase by huge sums since his career began.

Perhaps the largest increase yet came in 2021, when Springsteen sold his music catalog to Sony Music for a whopping $550 million.

Bruce Springsteen has been involved in several relationships over his life, notably with his relationship to Julianne Phillips, whom he married in 1985.

He also had a relationship with actress Joyce Hyser in the early 1980s, and has dated the model Karen Darvin and photographer Lynn Goldsmith.

Known for his struggles with depression, he has spoken of his addiction to fast food, overcoming it by running several miles a day to lose weight.

He maintains the official Bruce Springsteen website, through which he keeps his fans up to date on the latest tours and releases.

A prolific performer and musician with a lengthy discography, Bruce Springsteen has been widely recognized by some of the biggest industry awards ceremonies.

Here are some highlights from Bruce Springsteen’s career:

How Does Bruce Springsteen Spend His Money?

With his vast net worth and continuous income stream, Bruce Springsteen can afford to invest in some of the most expensive houses in the world, and owns multiple properties.

He owns a 384-acre horse farm in Colts Neck, and a compound in Beverly Hills worth over $13 million, sometimes referred to as Springsteen Manor

He also owns a large house in Wellington, Florida, close to Bill Gates and Mike Bloomberg, located close to an equestrian community.

Springsteen’s hugely successful career as a singer-songwriter and performer has seen him enjoy many high points, from best-selling albums to award-winning music for movies.

Here are some of the best highlights of Bruce Springsteen’s career:

Bruce Springsteen has conducted hundreds of interviews over the course of his lengthy career, sharing his thoughts and insights on everything from creativity to how to lead a good life.

Here are our favorite quotes from Bruce Springsteen:

Now that you know all about Bruce Springsteen’s net worth, we’ll take a look at some of the insights into life and music his experiences can teach us all.

Here are some of the best success lessons to learn from Bruce Springsteen:

Springsteen is noted for not taking his public image too seriously, insisting the denim and boots style isn’t really him.

In reality, he’s quite happy to laugh at this image and freely admits he’s never had a blue collar job in his life, having worked as a musician from a young age.

2. If You Have A Talent, Take It Seriously

Dedication to delivering the best possible music is something that defines Springsteen’s approach to his craft.

If you’re talented in a given field, work hard to develop it to its fullest potential.

3. Take The Time To Be Kind To The Little People

While some famous people are renowned for treating members of the public badly, Springsteen prefers to act decently towards his fans.

He’s known for being incredibly generous with his time, listening to what people have to say with genuine interest.

That concludes this overview of Bruce Springsteen’s net worth, covering his many career highlights and the hit singles and albums that made him an international star.

His international tours have seen him amass a fanbase of millions, while his work in movies has shown him to be a versatile composer.

With more albums and other music projects in the pipeline, his prolific output shows no signs of slowing down, so we’ll be updating this article to include the latest information.

As of February 2023, Bruce Springsteen’s net worth is estimated to be $650 Million.

What do you think about Bruce Springsteen’s net worth? Leave a comment below.