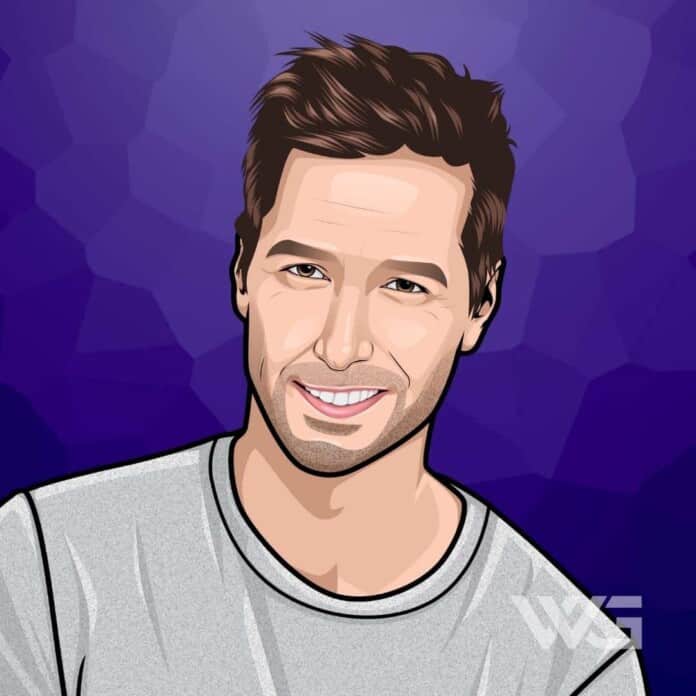 What is Jonny Moseley’s net worth?

Jonna Moseley is an American freestyle skier. Moseley is the first person born in Puerto Rico to become a member of the U.S. Ski Team.

He is best known for hosting three seasons of MTV’s ‘The Challange.’ He has also hosted a few reunion specials for ‘Battle of the Sexes,’ the sequel of ‘Battle of the Seasons,’ ‘Rivals II’ and ‘Free Agents.’

As of November 2022, Jonna Moseley’s net worth is estimated to be roughly $5 Million.

Jonathan William Moseley was born on the 27th of August in San Juan, Puerto Rico.

In 1978, Moseley saw snow first the first time when he went on a trip to California.

His family moved to Tiburon, California. He attended The Branson School in California. His family would go to the Sierra Nevada every weekend. This, and the fact that he was a better skier than his brothers.

In 1994, Moseley tried to qualify for the Winter Olympics. The following year, he enrolled at UC Davis, but his education was interrupted by his intense training.

Moseley participated in and won the first two World Cup events in 1998. Later that year, he secured the 1998 World Cup Mogul Skiing title with nine wins that season. He also won the U.S. National title. The same year, he was named “Sportsman of the Year” by the U.S Olympic Committee.

He challenged the International Skiing federation to change its policy to allow its athletes to participate in professional events. Moseley was the first skier to medal in both the X-Games and the Olympics.

In 2000, Moseley won the U.S. Freeskiing Open. He regained a spot in the U.S Ski Team in 2001. The following year, Moseley gave the commencement convocation address at UC Berkeley. The choice by the senior class committee was controversial at the time because Moseley had dropped out of college.

Among the honors, he has received a parade in his honor in which San Francisco Mayor Willie Brown declared a “Jonny Moseley Day” and handed him the “key” to the city.

As of November 2022, Jonny Moseley’s net worth is estimated to be roughly $5 Million.

Here are some of the best highlights of Jonny Moseley’s career:

“Freestyle skiing is a judged sport built on progression and iteration. I learned that being a judge can be hard, especially when asked to decipher between similar performances. I found joy in trying to make it easy for the judges to pick me by having a distinguishing feature.” – Jonny Moseley

“My background in hosting TV shows proved to be valuable as I helped transition my partners’ marketing efforts to Zoom. For example, I helped produce a virtual ski show for my retail partner Peter Glenn and a virtual red carpet for Warren Miller.” – Jonny Moseley

“I believe they call this a unique selling proposition in business. Your customers are like judges, and you want to make it easy for them to choose you. The best way to do this is to create something clearly better. This can be challenging, and I messed up trying a couple of times.” – Jonny Moseley

“We’re gratified that we’re going forward, … I think we came to a reasonable agreement with the neighbors about their concerns. A lot of the concerns were legitimate, but some were way out there.” – Jonny Moseley

“Now he’s got it even worse because everybody wants a piece of him. But I think he should block everything out, show up and finally win that thing.” – Jonny Moseley

“It’s about 14,000 cubic feet. That’s my number. We’ve got plenty. We’re good. Some of the riders were definitely sketched out. But some of them handled it like champs.” – Jonny Moseley

Now that you know all about Jonny Moseley’s net worth and how he achieved success; let’s take a look at some of the lessons we can learn from him:

The dream is free. The hustle is sold separately.

If you lose your ambition, you’ve lost the drive to succeed.

How much is Jonny Moseley worth?

Jonny Moseley’s net worth is estimated to be $5 Million.

How old is Jonny Moseley?

How tall is Jonny Moseley?

Jonny Moseley is an Olympic skier and TV host. Moseley acquired his net worth as a successful winning skier and also through endorsement and television appearances. Moseley was born in Puerto Rico.

He was interested in skiing at a young age. He made a name for himself for being the first Puerto Rican-born athlete to become a member of the US Ski Team.

As of November 2022, Jonny Moseley’s net worth is estimated to be roughly $5 Million.

What do you think about Jonny Moseley’s net worth? Leave a comment below.