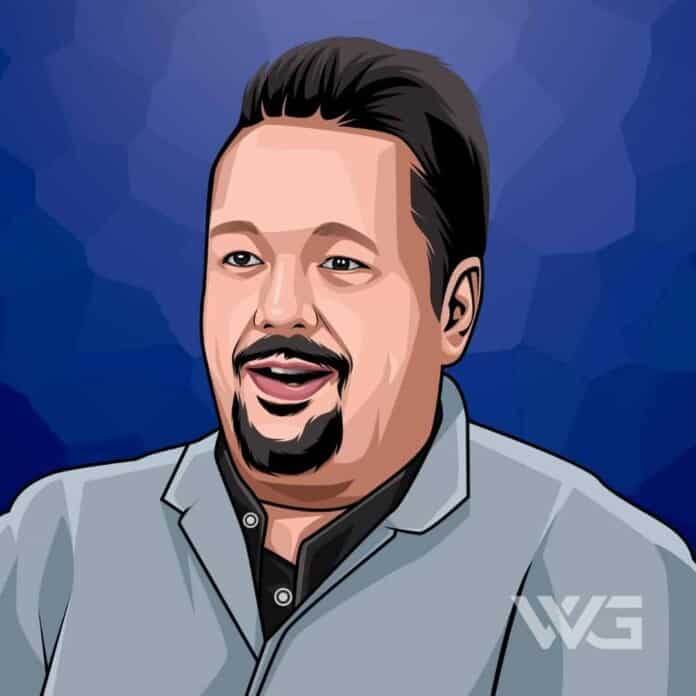 What is Terry Fator’s net worth?

Terry Fator is a ventriloquist, impressionist, stand-up comedian, and singer from Dallas, Texas.

Fator does ventriloquial impersonations and uses 15 different puppets in his act. He was the winner of season two of America’s Got Talent and received the million-dollar prize.

Terry Wayne Fator was born on the 10th of June, 1965, in Dallas, Texas. Fator is the son of Jephtha Wesley and Edith Marie Clifton, later known as Marie Sligh.

Fator got his start touring as the lead singer of a band called “Freedom Jam” in 1987-88, produced by Young American Showcase. They performed at over 200 high schools and middle schools across the United States and Canada, averaging three performances per school day.

In mid-1988, he was the lead singer of a show band called ‘Texas the Band’ when he was 23 and incorporated his puppet Walter T. Airedale into his shows.

Before appearing on America’s Got Talent, Fator had almost given up on achieving success in show business as a ventriloquist.

In 2007, Fator made his first national appearance on America’s Got Talent. Speaking on the experience, he said;

“Not in my wildest dreams did I imagine I would win that show … Essentially I auditioned because the guy that was the ventriloquist the first season got on Late Show with David Letterman… So I figured I’d do three episodes as he did and end up on ‘David Letterman’.”

Here are some of the best highlights of Terry Fator’s career:

“I was ten years old and had a book report due, so I went into the school library and there was a book by the legendary Paul Winchell called Ventriloquism for Fun and Profit. I read it and was hooked.” – Terry Fator

“Never stop working. Always work. When you stop working the dream dies. And if you love what you’re doing, if you love to perform, it doesn’t matter if you’re in front of an elementary school group of 20 kids, or 20 million people on America’s Got Talent.” – Terry Fator

“I think the fact I have ADHD helps, but the truth is it wasn’t until I was forty that it all came together. I was on the road, doing 300 dates a year, and was basically broke.” – Terry Fator

“But I never imagined that it would lead me to realize my lifelong dream of becoming a Las Vegas headliner.” – Terry Fator

“Listen and react in real-time. Don’t go on a date or into a meeting with a prepared joke (unless it’s a speech). Be with whomever you are with, listen to them and comment on where you are or on a common thing in real-time as a followup to their last remark.” – Terry Fator

Now that you know all about Terry Fator’s net worth, and how he achieved success; let’s take a look at some of the lessons we can learn from him:

There’s no shame in being wrong, and no defeat in saying sorry. Accepting when you are wrong and apologizing for mistakes that have affected others is a necessary healing process for both parties involved.

The monetary system doesn’t work. It is a hard thing to admit that the underlying foundation of our culture and the primary driver behind our education is, in fact, a fraud: a pyramid scheme that manipulates and exploits people, that deliberately creates war and division, that encourages us to put profit and material gain before each other, that destroys the very world supporting our existence – but it’s true.

Don’t believe what anyone tells you. Do the research yourself. Sure, truth evolves over time, but the closer to it you are the better your life will be.

How much is Terry Fator worth?

Terry Fator’s net worth is estimated to be $160 Million.

How old is Terry Fator?

How tall is Terry Fator?

Terry Fator is an American ventriloquist, impressionist, comedian, and singer who is capable of more than 100 ventriloquial impersonations and uses 16 different puppets in his act.

His big break was winning Season Two of America’s Got Talent, where he took home the million-dollar prize. The following year, he was signed on as the headliner at The Mirage hotel and casino in Las Vegas, Nevada.

As of November 2022, Terry Fator’s net worth is approximately $160 Million.

What do you think about Terry Fator’s net worth? Leave a comment below.