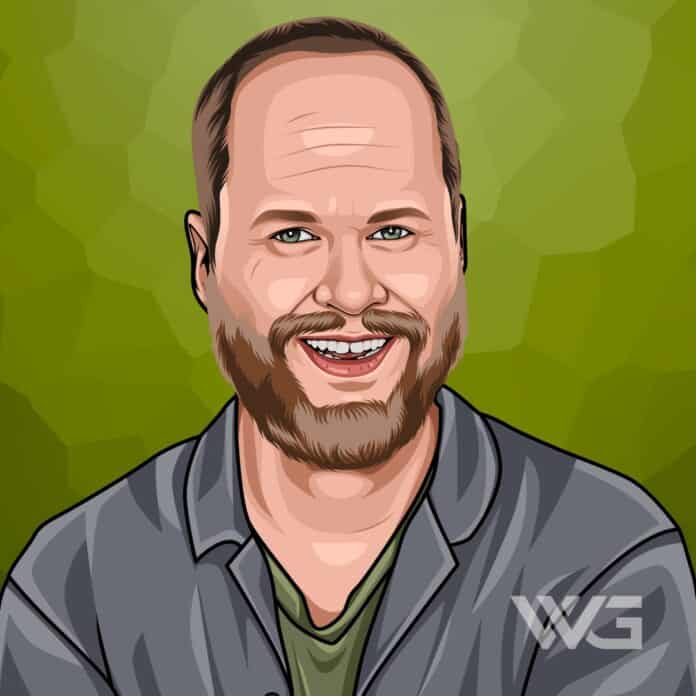 What is Joss Whedon’s net worth?

Joss Whedon is a multifaceted individual with a talent for comic book movies and also an award-winning filmmaker.

He was a writer for the childhood classic Toy Story but is best known for creating the supernatural drama Buffy the Vampire Slayer, which broadcast until 2003.

Whedon worked closely with Marvel over the years, scripting the Marvel series, Agents of S.H.I.E.L.D., and contributing to The Avengers series.

Joss’ father, Tom Whedon, is a renowned screenwriter for major hit series and films such as The Golden Girls and Alice in Wonderland. While his grandfather, John Whedon, is known for his work on radio and The Donna Reed Show in the 1950s.

Whedon’s mother, Ann Lee, had a small fan base for her work as an activist at Riverdale Country School, where she inspired many with her visions as a feminist.

The family’s influence and love for drama resulted in family trips, which included reciting Shakespeare and other influential writers.

This, unfortunately, became an issue with the family, as Joss has reported how he and his two brothers would go through some sort of punishment from their parents if they were not creative or witty enough.

Joss experienced some childhood trauma at the age of 5 when his best friend drowned.

Later on, Joss attended the same school his mother worked at and then attended a boarding school for three years when he was a teenager.

During his time at the boarding school, Joss was bullied regularly. This did not stop him from excelling though, and he later graduated from Wesleyan University. The university later honored him with a Doctor of Letters in 2013.

Before graduating, Joss met a film enthusiast named Jeanine Basinger, who became his mentor. Immediately after graduation, Joss started on the outline of the Buffy series, which was to be his big break.

Even with a future masterpiece in the making, Joss made his start as a writer on the sitcom, “Roseanne”.

During his time writing for the sitcom, Joss put the finishing touches on his cult classic, Buffy the Vampire Slayer, which was released in 1997. The series received an amazing response from the fans, which led Joss to create the prequel, Angel, released in 1999.

Actors such as Pedro Pascal, and Amy Adams made a name for themselves after appearing on the show.

Joss started work on a sci-fi series, Firefly, which was warmly received and ran from 2002 to 2003. Because of the great reviews, he produced a prequel called Serenity in 2005. Unfortunately, it was not as successful as his previous work.

He tried releasing another sci-fi series, Dollhouse, which ran from 2009 to 2010 and it too, was not a great success.

Joss made a comeback with his co-written creation, The Cabin in the Woods, in 2012. Jesse Williams and Bradley Whitford made a name for themselves in the movie, which was widely applauded by the critics.

He then penned the internationally renowned movie, The Avengers, in 2012 to further critical acclaim. Mark Ruffalo, Cobie Smulders, Chris Evans, and Robert Downey Jr. all appeared in the movie that broke box office records worldwide.

Joss made a huge success in taking some of the stories from the most expensive comic books in the world and turning them into relatable characters.

After his success with Marvel, Joss released a sequel called The Avengers: Age of Ultron in 2015. He also developed the Marvel series Agents of S.H.I.E.L.D.

Recently, there was talk about his involvement in an HBO project called The Nevers, but it was announced that he had left the project.

Joss Whedon is one of the most well-paid screenwriters in the world, with his movies and series ranking as some of the highest-grossing entertainment ever.

His Buffy The Vampire Slayer movie was the first of his mega-hits and, after joining the Marvel franchise, his income skyrocketed.

After years of great success, he recently suffered a bit of a change of fortune and his legal battles regarding charges of sexual assault are not helping his career.

Despite this, once he gets his life back together, he is sure to come up with more box-office hits.

Selling a script is incredibly difficult for a new screenwriter, but with a host of successes under his belt, Joss Whedon was a known quantity.

The studios had no problem putting him to work on huge projects, knowing that he would work his magic each time.

Here’s a breakdown of Joss Whedon’s annual net worth:

While the salaries paid to screenwriters can vary hugely, Joss was able to earn an enormous amount of money as the projects’ backers knew that he could produce reliable results.

Joss’ skill as a scriptwriter has resulted in some of the most successful movies and television series of recent times and he’s become incredibly wealthy off his talent.

In 1995, Joss got married to Kai Cole, his long-time girlfriend and the co-founder of Bellwether Pictures.

The couple had two children together before divorcing in 2016 as a result of Kai’s allegations of Joss’ infidelity during their marriage.

In 2021, Joss married an artist named Heather Horton whom he had met through his work. Joss spends most of his time on his work and has referred to himself as a workaholic.

Right from the beginning of his career, Joss has been driven to achieve fame and stardom.

His somewhat overbearing parents had inculcated a desire to be the best, and he succeeded to a degree that they could not have anticipated.

Here are some of the more memorable moments from Joss Whedon’s career:

Whedon has managed to find success in a variety of different genres, with his horror movies becoming cult favorites.

But one of his most successful efforts resulted in Toy Story becoming a massive success among children and their parents.

How Does Joss Whedon Spend His Money?

Joss has never had to worry about money and his high-flying career ensured that his lifestyle was maintained over the years.

He is a great believer in real estate investment and has a large property portfolio. It is reported that Joss purchased a mansion in Santa Monica for $7.2 million after the Buffy series celebrated 20 years in 2017.

Joss is a staunch supporter of the Democratic Party and his loyalty lies solidly with them. He has apparently spent millions of dollars on political campaigns, specifically in his battle against Donald Trump, one of the richest politicians in the world and the Republican Party’s strongest candidate.

Joss is tremendously proud of his achievements with the Marvel franchise, especially the Avengers, but he revealed that it took its toll on him and almost resulted in a total breakdown.

The pressures of producing successful series are immense, especially when the show is so popular and every single episode is critiqued by an ever-increasing fan base.

Here are some of the best highlights of Joss Whedon’s career:

Despite his success with the Marvel movies, Joss came away being very disappointed with himself.

He felt he could have done better and was surprised that he was given a second chance by Marvel for the 2015 release.

Whedon has questioned his work constantly over the years and has felt like giving up many times.

However, he finds the act of writing cathartic and uses it to explore all the aspects of his own personality that he is unhappy with.

Here are our favorite quotes from Joss Whedon:

Despite his massive success, Joss has constantly reminded himself not to focus too much on the things that he could have done better.

He feels that in order to be successful he has to break new ground, but this does not always work out the way he anticipated.

Now that you know all about Joss Whedon’s net worth, here are some of the best success lessons to learn from Joss Whedon:

1. Focus On The Good Parts Of Life And Don’t Dwell On The Bad Parts

Joss battled with childhood trauma and, because of this, could not sometimes see the bigger picture.

He had come to realize that no matter how dark times got, there was always a brighter future just around the corner.

There have been many negative critiques of Joss’s work, as it is unique in certain aspects and hard to follow.

But this is what made Joss’s work so successful, as it wasn’t the same formula that scriptwriters had been over-using.

Joss sometimes must go out of his comfort zone to write about his characters in a way that reveals their full capabilities.

But this does not stop Joss from creating his masterpieces, it just proves to be a particularly stressful time for Joss.

After releasing the Buffy series, Joss was marked as a screenwriter who could make magic happen.

With his move to Marvel studios and the huge success of his movies, he has become one of the most remarkable and influential writers in Hollywood.

But, unfortunately, with the fame and awards come the downsides of public life, and his family has suffered as a consequence. While he is trying to reclaim his place in the entertainment industry, his fans are eagerly awaiting his next hit movie or series.

What do you think about Joss Whedon’s net worth? Leave a comment below.