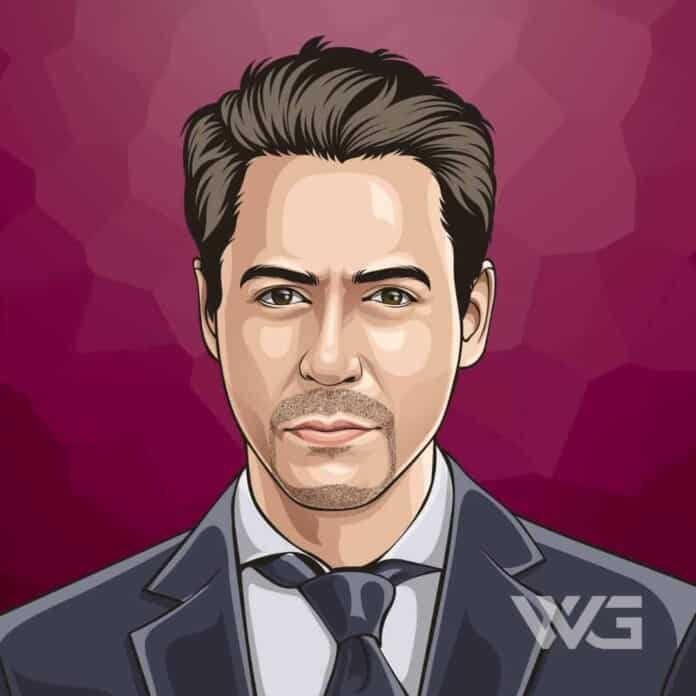 What is Robert Downey Jr.’s net worth?

Robert Downey Jr. is an American actor and singer from Manhattan, New York. His parents were both actors during his childhood. Robert started acting as a young child. He initially gained recognition when he made his debut in his father’s directed movie Pound (1970).

Downey is one of the highest-paid actors in the industry, and currently, he is planned to star in a Pinocchio movie as well as the new Avengers movie, and Sherlock Holmes 3.

Robert Downey Jr. was born in Manhattan, New York on the 4th April, 1965. His parents both worked as actors during his childhood. He is the son of the avant-garde filmmaker Robert Downey Sr.

Downey started acting at the age of 5. His mother, Elise, was an actress just like his father, who instilled in her son a love of performing. Robert was raised in Greenwich Village with his older sister, Allison.

After his debut appearance in Pound, he would go on to have small parts in several more of his father’s movies.

Downey decided to move with his father to Los Angeles after his parents got divorced when he was 13 years old. When he turned 16, he dropped out of high school and decided to relocate to New York to live with his mother.

Downey has been having a lot of problems with his substance abuse, including alcohol and drugs. He got introduced to drugs at the age of eight by his father, who also was a drug addict, and later on his 20’s he started to get a full-fledged addiction.

Robert Downey Jr. has been arrested several times and been in prison once for his drug addiction.

In 1993, Downey Jr. reached a high point of his career when he got nominated for an Academy Award for Best Actor for his performance in Chaplin (1992). The role displayed Robert’s dramatic range as his considerable talent for physical comedy.

When he turned 27-years old Downey was known for being one of the most gifted actors in his generation and industry. He had a reputation around Hollywood for being a controversial and troubled person with a drug substance issue.

Downey anchored a documentary about the presidential election 1992, The Last Party. In 1994 he appeared in the romantic comedy Only You.

The following year he starred in a film restoration alongside actors Meg Ryan and Sam Neill; an updated movie version of Richard III (1995); and the Jodie Foster-directed Home for the Holidays, also starring Holly Hunter.

In 2008, Downey started playing the role as the Comics superhero Iron Man in the Marvel Cinematic Universe. He appeared in several movies as either a member of an ensemble cast, the lead role, or in a cameo. Each of these films has crossed over $500 million worldwide.

An Example of five of these is The Avengers, Avengers: Age of Ultron, Iron Man 3, Captain America: Civil War, and Avengers: Infinity War, which have earned over $1 billion combined.

Downey has also been playing an important role in Guy Ritchie’s Sherlock Holmes (2009), which gave him his second Golden Globe award. As of 2018, the U.S. box-office grosses of Robert Downey Jr.’s movies is over $4.8 billion.

Robert Downey Jr. is the third highest grossing U.S. domestic actor of all time and has worked with famous movie stars such as Chris Hemsworth, Scarlett Johansson, and Ben Stiller.

Here are some of the best highlights from Robert Downey Jr.’s career so far:

“I think part of my destiny has to be realizing that I’m not the poster boy for drug abuse. I’m just this guy who has a really strong sense of wanting home and wanting foundation and having not had it, I now choose to create it.” – Robert Downey Jr.

“I don’t drink these days. I’m allergic to alcohol and narcotics. I break out in handcuffs.” – Robert Downey Jr.

“I took my drugs after work and on the weekends. Maybe I’d turn up hungover on the set, but no more so than the stuntman. …I was playing this junkie-faggot guy, and, for me, the role was like the ghost of Christmas future. The character was an exaggeration of myself. Then things changed, and, in some ways, I became an exaggeration of the character. That lasted far longer than it needed to last.” – Robert Downey Jr.

“Worrying is like praying for something that you don’t want to happen.” – Robert Downey Jr.

Now you know all about Robert Downey Jr’s net worth, and how he achieved success; let’s take a look at some of the success lessons we can learn from him:

1. Don’t Be too Proud to Accept Help

In dark times it can be hard to accept help from the outside world. Don’t be too proud to accept the help that you deserve to feel better.

Success takes time, and by pushing yourself every day step by step it will get easier to reach your goals.

Concentrate on the positive, and go through the problems by developing self-discipline.

How much is Robert Downey Jr. worth?

Robert Downey Jr.’s net worth is estimated to be $300 Million.

How old is Robert Downey Jr.?

How tall is Robert Downey Jr.?

Robert Downey Jr. is one of the most talented actors of all time, and it’s easy to say that he has been through some tough times but never let anything stop him.

What do you think about Robert Downey Jr.’s net worth? Leave a comment below.