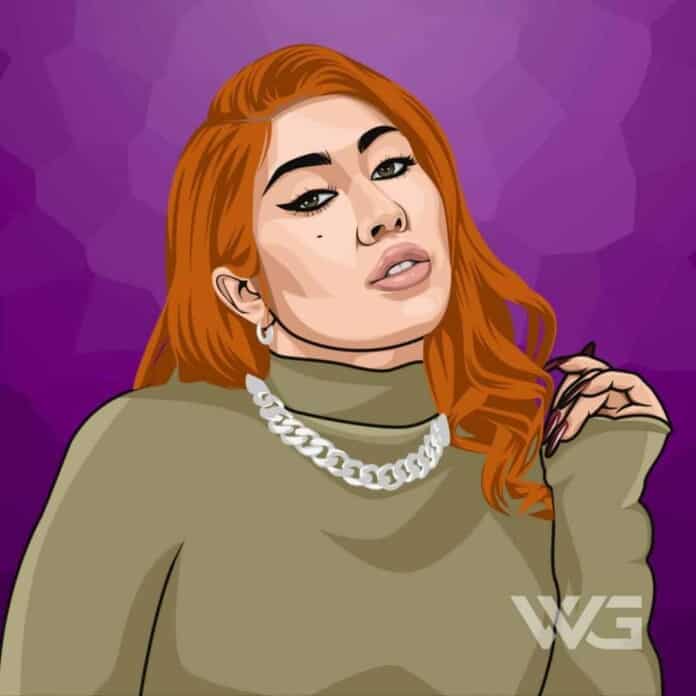 What is Kali Uchis’ net worth?

Kali Uchis is an American singer and songwriter from Virginia. Uchis debuted in the music industry with her 2012 mixtape, Drunken Babble, which was described as “genre-defying”.

Karly-Marina Loaiza was born on the 17th of July, 1994 in Alexandria, Virginia. Her parents moved from Pereira, Colombia to the United States in the early 1990s.

Uchis and her family moved around back and forth between the U.S. and Colombia. She started elementary school in Colombia and moved back to the U.S. in third grade.

Uchis released her debut mixtape, ‘Drunken Babble’, in 2012. The mixtape was described as “genre-defying”, noted for its influences from doo-wop, reggae, and early 2000s R&B.

In 2016, her song Sycamore Tree’ from Por Vida was used in teasers for the television series American Horror Story: Roanoke.

On March 14, 2018, Uchis performed on The Tonight Show and announced her debut album, Isolation. It was officially released worldwide on April 6, the same year.

Here are some of the best highlights of Kali Uchis’ career:

“I played the saxophone and piano, and I was always writing poetry and stories or drawing in my notebook. I just tried to express myself through as many creative outlets as possible. And in high school, I started to get really into photography and videography and would spend hours working on it.” – Kali Uchis

“The first time I did a show, I definitely didn’t get any money. My friend just let me do this show. I was so nervous: my mic didn’t work, and I was like, ‘Urgh.’ It was terrible. It was a dingy club off of the highway, but all these people came. It was packed out.” – Kali Uchis

“The people, the culture… there’s so much magic in Colombia, so I feel like being a kid, being able to have that, being able to also call Colombia my home, it was such an important part of my introduction as an artist, too, because it’s such a big part of my life as a human being.” – Kali Uchis

“We’re all born into whatever citizenship, circumstances, or class we happen to be born into. Immigrants and so many people in the working-class work so hard every day for nickels and pennies and scraps to just barely get by and then realize that this precious life has been completely drained out of us.” – Kali Uchis

Now that you know all about Kali Uchis’ net worth, and how she achieved success; let’s take a look at some of the lessons we can learn from her:

1. The Lessons We Learn

We win and we lose but the lessons we learn haunt us forever.

Change is not a gate we pass through, it is the definition of life.

3. Find Someone Who Treats You Right

Find someone who knows you are not perfect but treats you like you are.

How much is Kali Uchis worth?

Kali Uchis’ net worth is estimated to be $4 Million.

How old is Kali Uchis?

How tall is Kali Uchis?

Kali Uchis is an American singer and songwriter who has been nominated and awarded multiple awards throughout her career so far. Her musical styles include R&B, neo-soul, and pop, and she also plays the saxophone and piano.

As of December 2022, Kali Uchis’ net worth is approximately $4 Million.

What do you think about Kali Uchis’ net worth? Leave a comment below.