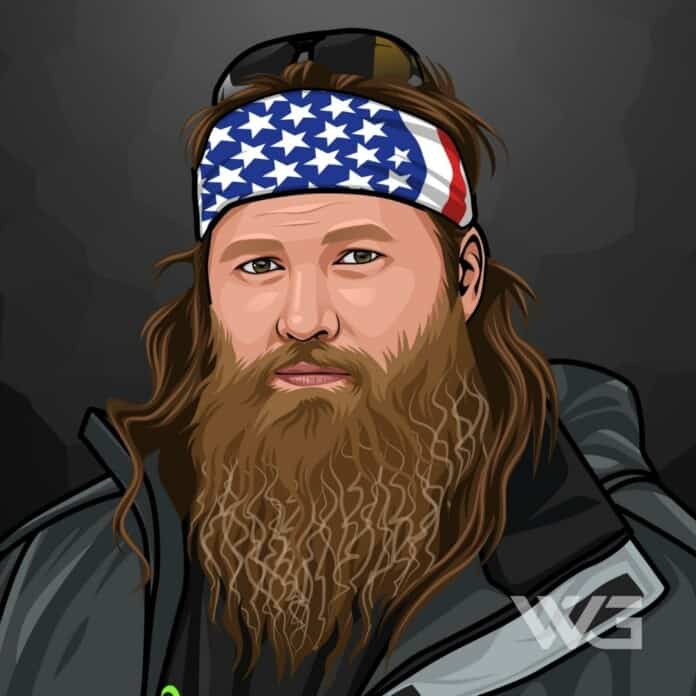 What is Willie Robertson’s net worth?

Willie Robertson is an American TV personality and businessman. Robertson is probably best known for his appearance on the TV series ‘Duck Dynasty’.

Robertson is the current CEO of the company Duck Commander. The business that inspired the series is a business empire that sells 600,000 duck calls a year in addition to their popular DVDs, books, and other merchandise.

As of February 2023, Willie Robertson’s net worth is estimated to be roughly $40 Million.

Willie Jess Robertson was born on the 22nd of April, 1972, in Louisiana. His father was a football quarterback at Louisiana Tech University. His mother is a reality TV star.

Growing up, he would often delve into outdoor and hunting pursuits. Robertson showed an interest in his father’s business, Duck Commander’.

Robertson presently serves as the CEO of ‘Duck Commander’ based in Louisiana. The company specializes in manufacturing hunting products. The success of the business led to the start of its subsidiary ‘Buck Commander’ in 2006.

He appeared and became the TV series’s executive producer, which also featured many of his family members. The series was titled ‘Duck Commander’ and aired from 2009 to 2010.

Robertson also appeared in another reality TV series titled ‘Billy the Exterminator’ that revolves around the professional life of pest control expert and owner of Vexcon Animal and Pest Control, Billy Bretherton.

In 2012, the Robertson family started to feature in the series ‘Duck Dynasty’. The show aired until 2017 and had 11 seasons, including 130 episodes.

The series was one of the most popular shows on A&E. The premiere show of its 4th season attracted over 11 million viewers, making it the most-watched series.

How Does Willie Robertson Spend His Money?

Willie Robertson is the CEO of the company, and he is one of the most active members in terms of the show. This has helped Robertson to live his dream by spending all the money he wants on whatever he prefers.

Robertson owns a home in Louisiana. There is not much information about the home, except that it sits on 21 acres of property in West Monroe.

Robertson has driven a lot of different cars in his life. Some of his cars that we have seen in driving include a Line X Silverado, a 12-Wheel Drive, a Camo Quad, and a Jeep Wrangler.

Here are some of the best highlights of Willie Robertson’s career:

“Sometimes in the heart of the summer, I look at people with their faces shaved and think it’d be nice, but once you get used to it, it’s not as hot. Most guys say it gets itchy, but once you grow it out into a big man beard, the itching is gone.” – Willie Robertson

“We’ve been in business together ever since we were children, so back in the day, there were so many references to ‘your dad.’ Rather than wanting to sound totally hickified and go, ‘Well, my daddy said,’ we would refer to him as ‘Phil.'” – Willie Robertson

“We grew up in the family business with Duck Commander, so we were the original employees when we were children, so I grew up in it and am really used to it. My wife’s family had a family business, so we ended up hiring some of them. The good things are that you are always on the same page; you have your ups and downs, usually together.”  – Willie Robertson

“Well, I would like to be more competitive, but my game is a little lacking. The problem is many of those celebrities are retired from what they used to do, so they’re able to play golf a lot. For me, I have to hone it in, so mostly it’s for fun. You get used to the crowds and people watching and all the awesome interaction, and it’s great that they come out. I love being there and playing nice courses.” – Willie Robertson

“In some places, especially frog hunting, we have a lot. Not when we’re duck hunting because it’s cold, so you don’t have to worry about the gators. I was playing golf with Jase in Florida recently, and he had his ball right by the hazard, and a gator came up and grabbed the ball and took it in the water. We were trying to figure out what the ruling is when a gator grabs a golf ball and takes off with it.” – Willie Robertson

Now that you know all about Willie Robertson’s net worth and how he achieved success; let’s take a look at some of the best lessons we can learn from him about life:

Robertson means that facial hair’s original purpose is to help the wind when it’s blowing in your face. When you’re out there in the woods hunting like we are all the time, facial hair helps you stay a lot warmer.

You don’t set off in life to be mediocre.

3. Be Your Own Best Friend

Robertson’s advice is: Don’t take yourself too seriously, laugh a lot, enjoy your time with family, and appreciate the unique talents of others. Trust in God, love your neighbor, say you’re sorry, forgive, and work hard.

How much is Willie Robertson worth?

Willie Robertson’s net worth is estimated to be $40 Million.

How old is Willie Robertson?

How tall is Willie Robertson?

Willie Robertson is a well-established businessman, actor, author, and CEO of ‘Duck Commander.’ He is best known for his appearances in the reality series ‘Duck Dynasty’.

Apart from the series, he has also featured in other productions like ‘Billy the Exterminator and ‘Last Man Standing.’The Robertson men have caught a lot of attention for their long beards.

As of February 2023, Willie Robertson’s net worth is estimated to be roughly $40 Million.

What do you think about Willie Robertson’s net worth? Leave a comment below.