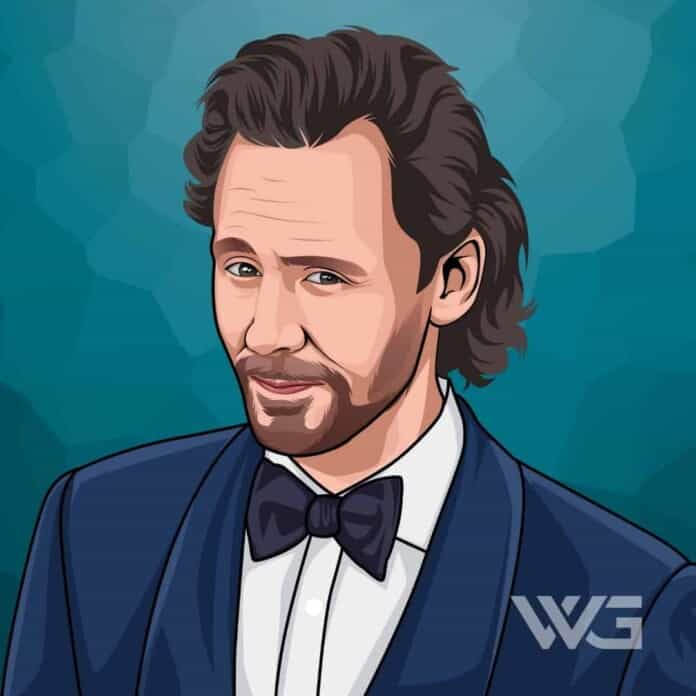 What is Tom Hiddleston’s net worth?

As of December 2022, Tom Hiddleston’s net worth is roughly $25 Million.

Tom Hiddleston is an English actor, film producer, and musician from London. Hiddleston is the recipient of several accolades, including a Golden Globe Award and a Laurence Olivier Award, and has been nominated for two Primetime Emmy Awards.

His father is of Scottish origin, while his mother is English. Unfortunately, his parents divorced when he was only 12 years old. He has two sisters.

Hiddleston started acting while he was still a student. He appeared in Stephen Whittaker’s TV adaptation of ‘Nicholas Nickleby’ in 2001. In the same year, he also appeared in ‘Conspiracy.’

He made his film debut in the British drama ‘Unrelated’ in the year 2006. Directed by Joanna Hogg, the film starred him in the main role. The film also starred his sister Emma Hiddleston.

Over the ensuing years, Hiddleston played significant roles in several plays, such as ‘The Challenging’, ‘Cymbeline’, and ‘Othello’.

In 2012, he appeared in ‘The Avengers,’ a superhero film based on a ‘Marvel Comics’ superhero team of the same name. The film, which was directed by Joss Whedon, saw Hiddleston reprising his role as the supervillain ‘Loki.’

The film was a monumental success commercially and earned nearly $1.5 billion worldwide.

Over the years, Tom has been a part of various TV series and television films like ‘A Waste of Shame’, ‘Victoria Cross Heroes’, ‘Darwin’s Secret Notebooks’, ‘Henry V’, and ‘Trollhunters’.

Here are some of the best highlights of Tom Hiddleston’s career:

“Just because you’re good at something doesn’t mean you’ll necessarily be good in something else. You just try and chase opportunities that you fall in love with or that inspire you and keep doing the work.” – Tom Hiddleston

“You never know what’s around the corner. It could be everything. Or it could be nothing. You keep putting one foot in front of the other, and then one day you look back and you’ve climbed a mountain.” – Tom Hiddleston

“The weird thing about serious acting is I’ve always done impressions of people, all my life, and I did the thing called a balloon debate. The idea is there’s a hot air balloon traveling across the Atlantic and it’s going down and you have to give a speech as to why you should stay in the balloon. Six people are going to be chucked out and you want to stay.” – Tom Hiddleston

“This generation has lost the true meaning of romance. There are so many songs that disrespect women. You can’t treat the woman you love as a piece of meat. You should treat your love like a princess. Give her love songs, something with real meaning. Maybe I’m old fashioned but to respect the woman you love should be a priority.” – Tom Hiddleston

“I’m sure favorite moments in movies are things that just happen accidentally when the camera is there. You have to do all the homework to get yourself into the period, the costumes, the style, the voice, the hairdo or whatever it is, but once you’ve done all that work, you have to kind of let it go and just be there. If you’re always thinking about it, it just looks a bit over-thought.” – Tom Hiddleston

Now that you know all about Tom Hiddleston’s net worth, and how he achieved success; let’s take a look at some of the strongest lessons we can learn from him:

In breaking away from the familiar and the expected, you’ll be forced and privileged to face greater challenges, learn harder lessons, and really get to know yourself.

Mind is a flexible mirror, adjust it, to see a better world.

Where’d the days go, when all we did was play? And the stress that we were under didn’t stress at all just a run and a jump into a harmless fall. Don’t stress.

How much is Tom Hiddleston worth?

Tom Hiddleston’s net worth is estimated to be $25 Million.

How old is Tom Hiddleston?

How tall is Tom Hiddleston?

Tom Hiddleston is a well-known English actor, producer, and musical performer. He came into prominence after his portrayal of supervillain ‘Loki,’ the evil brother of the titular character in the 2011 film ‘Thor.’

He reprised his role as ‘Loki’ in films, such as ‘The Avengers,’ ‘Thor: The Dark World,’ ‘Thor: Ragnarok,’ ‘Avengers: Infinity War,’ and ‘Avengers: Endgame.’

As of December 2022, Tom Hiddleston’s net worth is approximately $25 Million.

What do you think about Tom Hiddleston’s net worth? Leave a comment below.