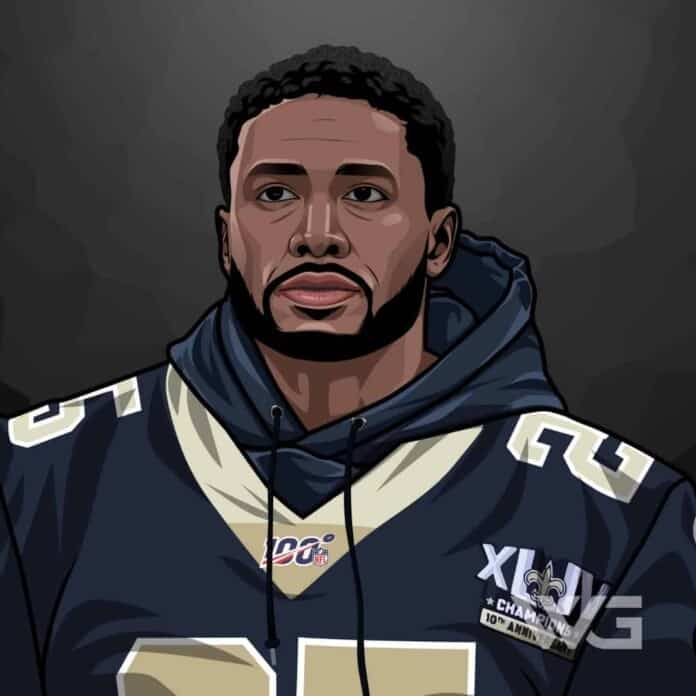 What is Reggie Bush’s net worth?

Reggie Bush is a former American football running back.

Bush played college football at USC, where he earned several honors. He won the Heisman Trophy as the most outstanding player in the nation.

In 2006, he was drafted by the New Orleans Saints in the NFL Draft. While playing with the Saints, he was named an All-Pro punt returner in 2008 and won Super Bowl XLIV in 2010 over the Indianapolis Colts.

Reginald Alfred Bush Jr. was born on the 2nd of March, 1985, in Spring Valley, San Diego.

He was named after his biological father, Reginald Alfred Bush, Sr. He was a running back at Helix High School in La Mesa, California.

Bush won the Silver Pigskin trophy awarded by KUSI’s Prep Pigskin report during his prep career with the Helix Highlanders.

In 2005, he was a unanimous first-team All-American and winner of the Heisman Trophy.

In 2006, Bush elected to forgo his senior season at USC. He was one of the top picks in the 2006 NFL Draft, and the New Orleans Saints drafted him.

He became the 71st winner of the Heisman Trophy and the seventh USC player to receive the award.

In addition to his Heisman Trophy, he also won the Doak Walker Award and Walter Camp Award. He was selected as the PAC-10’s offensive player of the year.

On the 4th of January, 2006, Bush and Leinart became the first pair of Heisman Trophy winners to play together for the same team against the Longhorns in the Rose Bowl.

Bush amassed 279 all-purpose yards and one touchdown, but he was overshadowed in a losing effort by Heisman runner-up Vince Young.

Bush attempted to lateral when he was tackled after a long run in the second quarter. He fell to the ground and was recovered by the Longhorns.

How Does Reggie Bush Spend His Money?

He listed the home for sale in August 2019 for $9.995 million. Around the same time he listed the Palisades home, Bush paid $5.65 million for a newly-built 9,000 square-foot home in Encino, California.

Some of the amazing cars we can see in Bush’s car collection include a 1971 Chevelle SS and a 1967 Shelby Mustang GT 500.

Here are some of the best highlights of Reggie Bush’s career:

“My life is parallel to a horse race. They have blinders to keep them from being distracted in the race and keep them focused on winning the race. That’s kind of like my life. Focus on the goal, not the things coming at me from the side.” – Reggie Bush

“The more money you get, the bigger target you become. That’s true. It’s sad, but you indeed have to be aware of every person that comes to you with the next greatest deal. You have to look at every single person with a fine lens. That’s the way my life is going to be from here on out.” – Reggie Bush

“I am my own biggest critic … I’m constantly criticizing myself, constantly trying to find ways to better myself and … compete and, you know, just be the best.” – Reggie Bush

“Pressure to me now has become almost part of my life. It doesn’t really affect me anymore. People talk about me being under pressure or having the pressure of having to come in and be this great player that everyone expects me to be right away. It doesn’t really faze me. It’s become second nature now. It’s almost like it would be weird not to have it.” – Reggie Bush

“Something that has a lot to do with instinct and vision and all those running back aspects. You put them all into a basket, and you use them on the field and go out there and make plays.” – Reggie Bush

Now that you know all about Reggie Bush’s net worth and how he achieved success; let’s take a look at some of the lessons we can learn from him:

Trust because you are willing to accept the risk, not because it’s safe or certain.

How much is Reggie Bush worth?

Reggie Bush’s net worth is estimated to be $25 Million.

How old is Reggie Bush?

How tall is Reggie Bush?

Bush played college football for USC and was drafted by the New Orleans Saints as a running back in 2006.

He went on to play for the Miami Dolphins, the Detroit Lions, the San Francisco 49ers, and the Buffalo Bills. In 2019, he was hired by Fox Sports as a college football studio analyst.

What do you think about Reggie Bush’s net worth? Leave a comment below.