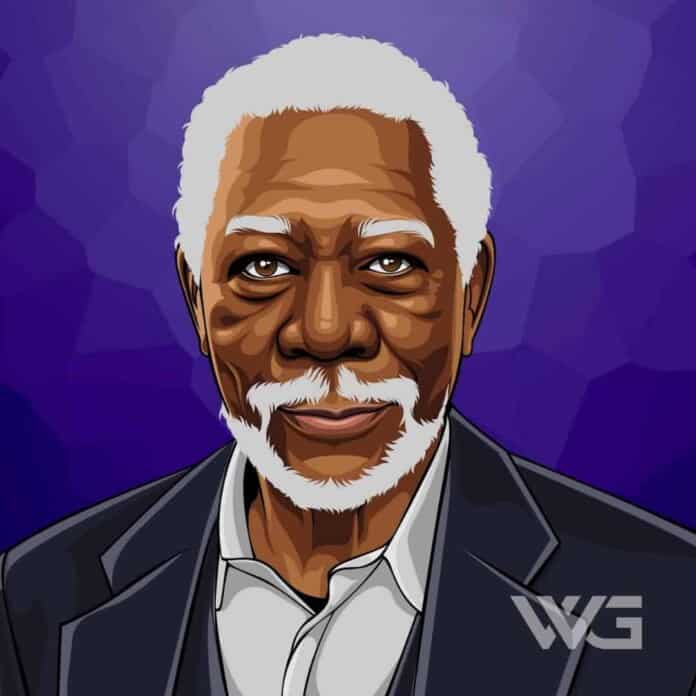 What is Morgan Freeman’s net worth?

As of February 2023, Morgan Freeman’s net worth is estimated to be roughly $250 Million.

Morgan Freeman is an American narrator, producer, and actor from Memphis. He made his debut as an actor at the age of nine, playing the lead role of a school play. He attended Broad Street High School.

Morgan Freeman was born in Memphis, Tennessee on the 1st of June, 1937. He is the son of Morgan Porterfield Freeman and Mayme Edna. According to his DNA analysis, some of his ancestors are from Niger in Africa.

Freeman has three older siblings, and he attended Broad Street High School at the age of nine. After graduating from Broad Street, he enlisted in the United States Air Force.

Freeman started his career in an American soap opera Another World. In 1980, he started to play supporting roles in many feature films, earning him a reputation as a “father character”.

He has starred in films like Seven, Robin Hood and Million Dollar Baby. In 2005 he provided narration for two films: March of the Penguins and War of the Worlds. Freeman appeared as God in Bruce Almighty and starred in the Batman films in 2015.

Freeman wanted to do a film based on Nelson Mandela. He tried to get Mandela’s autobiography Long Walk to Freedom but it was never finalized. He purchased the film rights of the book in 2007. In 2010 he starred movies like Red, Oblivion, and Olympus Has Fallen.

He is not only known for his successful career as an actor, he is also known for his activism. Freeman criticized the celebration of Black History Month in 2005, by saying: “I don’t want a black history month. Black history is American history.”

He meant that the only way to stop racism is to stop talking about it.

Freeman is one of the most popular actors in Hollywood, and has an incredible net worth. He has collaborated with some of the best actors of all time including the likes of Brad Pitt, Jessica Tandy, Tim Robbins, Clint Eastwood, Tom Cruise and more.

Here are some of the best highlights of Morgan Freeman’s career:

“I always tell my kids if you lay down, people will step over you. But if you keep scrambling, if you keep going, someone will always, always give you a hand. Always. But you gotta keep dancing, you gotta keep your feet moving.” – Morgan Freeman

“If you wake up and the snow is knee-deep outside, you are not filled with rage. It’s just something that you’ve got to cope with. If you’re living in a situation it’s the only situation that you know, and you’ve got to deal with it.” – Morgan Freeman

I’m never going to get to the top.’ And you’re only two steps from the top.” – Morgan Freeman

“Was I always going to be here? No, I was not. I was going to be homeless at one time, a taxi driver, truck driver, or any kind of job that would get me a crust of bread. You never know what’s going to happen.” – Morgan Freeman

“I do know there are a lot of people who seem to be in my corner, and that’s, of course, wonderful. I’m really more interested in the nomination than in the award because I think the nomination just puts you within a group of outstanding actors.” – Morgan Freeman

View our larger collection of the best Morgan Freeman quotes!

Now you know all about Morgan Freeman’s net worth, and how he achieved success; let’s take a look at some of the lessons we can learn from him:

If you see things differently and from a bigger perspective it functions that way. Follow your own heart and be aware of what makes you tick and do it regardless of what others are doing.

Without friction, there’s no growth. How will our mind ever grow if you never push yourself over your limits? It’s good to take some risks sometimes, it will open up your sense of mind and release that you actually challenge yourself.

3. How Do We Change The World?

How can we change the world? To find that balance your need to work on yourself first. Small goals hold much more power than you think they do. Do a small gesture today. The real power lies in the present.

How much is Morgan Freeman worth?

Morgan Freeman’s net worth is estimated to be $250 Million.

How old is Morgan Freeman?

How tall is Morgan Freeman?

Freeman is one of Hollywood’s most respected and popular actors of all time. He always had a passion for acting which we can see in his movies like The Shawshank Redemption and Driving Miss Daisy, which gave him a Golden Globe Award and an Oscar nomination.

What do you think about Morgan Freeman’s net worth? Leave a comment below.