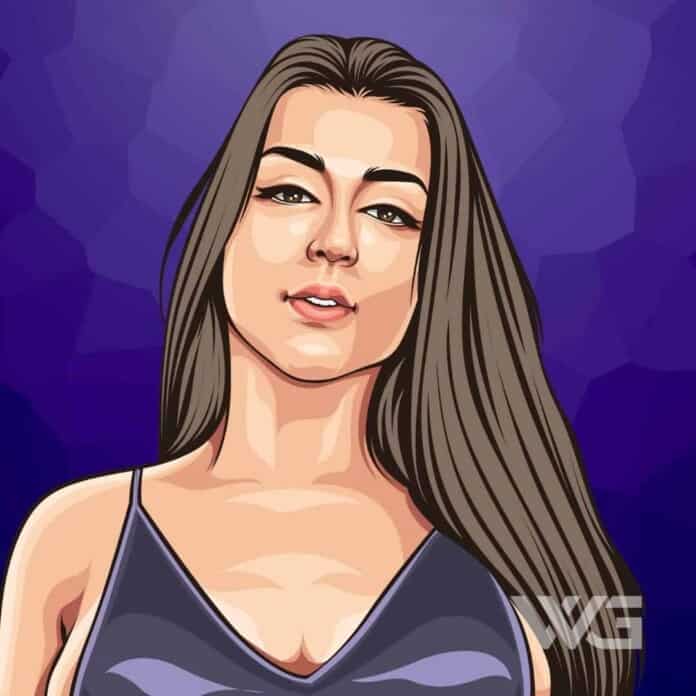 Lena The Plug Net Worth

Lena The Plug is an American YouTuber and fitness enthusiast from California.

She is best recognized for uploading fitness videos on her channel ‘Lena The Plug’. Being a typical example of a “bad girl” that society loves to hate, Lena is known for showing a bold image to her audience.

Lena Nersesian was born on the 1st of July, 1991, in California. Her parents are of Armenian descent and are quite a conservative Christian couple. Lena Plug seems to be their only child.

She grew up in Glendale, California and completed her High School education in 2009. Being raised in a conservative family meant one thing, she was not allowed to talk about sex or dating.

Lena took to doing simple hustles after her graduation. She worked at a grocery store, worked as an Uber driver and as a nanny. Afterward, she decided to venture into social media and orchestrated campaigns for models and clientele of the Social Media start-up she was working in.

She created ‘Lena the Plug’ channel on YouTube in 2016 and started entertaining her fans with fitness videos and lifestyle vlogs. She has posted various work-out videos and fitness tutorial videos.

Some of her popular videos have been; ‘smash or pass or don’t pull…?,’ ‘I wrecked my car and got a facial,’ and ‘when you look cute, but everything hurts.’

In 2017, she stirred the internet community when she promised a sex-tape video. She posted a video titled $EXTAPE AT 1 MILL and promised her fans that she would release a sex tape of her with her boyfriend if both of them reached a million followers.

Sex sells in the modern world – we have seen it with famous celebs like Kim Kardashian and Paris Hilton who have gained their fame from the subject. Her fans no doubt fell for it and her subscribers shot from 37,000 to over a million subscribers.

Here are some of the best highlights of Lena The Plug’s career:

Favorite Quotes from Lena The Plug

“I know we look all romantic and lost in each other’s eyes, but I’m pretty sure we were whispering about what we should eat for dinner after the photo shoot.” – Lena The Plug

“Oops! I’m a beauty guru now! (the lipstick on my teeth was intentional. I’m trying something new. you believe me, right??” – Lena The Plug

“3 years ago I slid into your DMs and you ate my booty, today we bought a house together. Dream big guys.” – Lena The Plug

“How dare you try to take this angel away from me!! grateful for another day with the people I love and for @chrislongfilms and @nostalgiav for having my baby’s back.” – Lena The Plug

3 Life Lessons from Lena The Plug

Now that you know all about Lena the Plug’s net worth, and how she achieved success; let’s take a look at some of the lessons we can learn from her:

1. Change Can Be Good

Life is change. We shouldn’t resist it. Remaining stagnant is in opposition to the natural order of life. Flow with change. Embrace it and regard it as an adventure.

Every moment of the day, we have random thoughts floating through our brains. Many of the thoughts are negative and limiting. You don’t have to believe them. They aren’t the truth or the whole truth.

3. We Can’t Control Others

We want them to accommodate us and live the way we think they should live.

How much is Lena The Plug worth?

Lena The Plug’s net worth is estimated to be $500 Thousand.

How old is Lena The Plug?

How tall is Lena The Plug?

Lena the Plug is an American YouTuber and fitness enthusiast.

She is best recognized for uploading fitness videos on her channel ‘Lena The Plug’. She doesn’t bother about what society thinks of her and this is what makes her stand out from the other YouTubers in the fitness genre.

As of December 2022, Lena the Plug’s net worth is estimated to be roughly $500 Thousand.

What do you think about Lena The Plug’s net worth? Leave a comment below.

What is Katy Perry's net worth? Introduction As of ,...