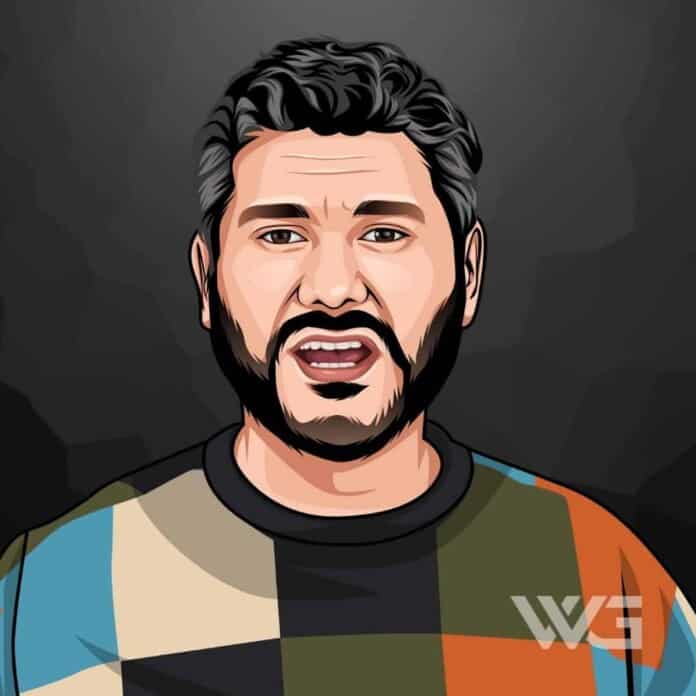 What is Ethan Klein’s net worth?

As of December 2022, Ethan Klein’s net worth is estimated to be roughly $20 Million.

Ethan Klein is a popular YouTuber and comedian who is known for being one-half of the YouTube channel ‘h3h3Productions’.

Alongside his wife, they post videos including comedy and reactions as well as satirizing internet culture. He graduated from the University of California and the couples YouTube channel was a part of the Omnia Media network in 2016.

Klein is the son of Gary and Donna Klein. He attended Buena High School. Between the years 2004 to 2009, he studied at the University of California.

His grandfather, Leonard Katzman was the show-runner of the soap opera ‘Dallas’. He also worked as a marketing executive in Israel.

In 2011, The Kleins started their YouTube career and created the ‘h3h3Productions’. Their videos involve commentary in reaction videos and comedy sketches.

Their YouTube channel gained a lot of attention in 2016 after winning a Hot 97contest. Klein met DJ Khaled and showed him his comedy videos. The Kleins released a short documentary on ‘Counter-Strike: Global Offensive’ gambling.

In 2017, The H3 Podcast was registered. The same year, the couple along with Alex Hirsch, Justin Roiland, Dana Terrance, and Joey Salads raised over $200,000 in donations to Direct Relief for relief efforts in Houston, in the aftermath of Hurricane Harvey.

Some of ‘h3h3Productions’ most viewed videos include ‘Vape Nation’, ‘Kissing Pranks’, ‘Buzzfeed Hates Men’, ‘Instagram vs Reality’, and ‘The Honest Gold Digger’.

Here are the best highlights of Ethan Klein’s career:

“Shout out to republicans who keep catching Covid, getting gravely ill, getting stem cells injected into their necks, and miraculously recovering. A treatment they oppose research on & only have access to because of connections to the president. Oh & it costs 150k. Cheers to them.” – Ethan Klein

“And yes we can pay for it there is always money in the banana stand aka increase my taxes I really don’t give a fuck I just want western democracy to succeed.” – Ethan Klein

“As someone who worked hard to pay off my student debt, I’d be extremely proud to cancel the debt of others because the stability and well being of our nation far outweighs any temporary tinge of resentment or jealousy. We all benefit from a strong, stable, debtless nation.” – Ethan Klein

“99% of everyone agrees that every vote should be counted – recounted – investigated – do whatever it takes so we can all just accept the results and move on.” – Ethan Klein

Now that you know all about Ethan Klein’s net worth, and how he achieved success; let’s take a look at some of the best lessons that we can learn from him:

Life is a great adventure and you can get anywhere you want if you have fun.

Lessons in life don’t come from achievements it comes from failures.

How much is Ethan Klein worth?

Ethan Klein’s net worth is estimated to be $20 Million.

How old is Ethan Klein?

How tall is Ethan Klein?

As of December 2022, Ethan Klein’s net worth is estimated to be roughly $20 Million.

What do you think about Ethan Klein’s net worth? Leave a comment below.