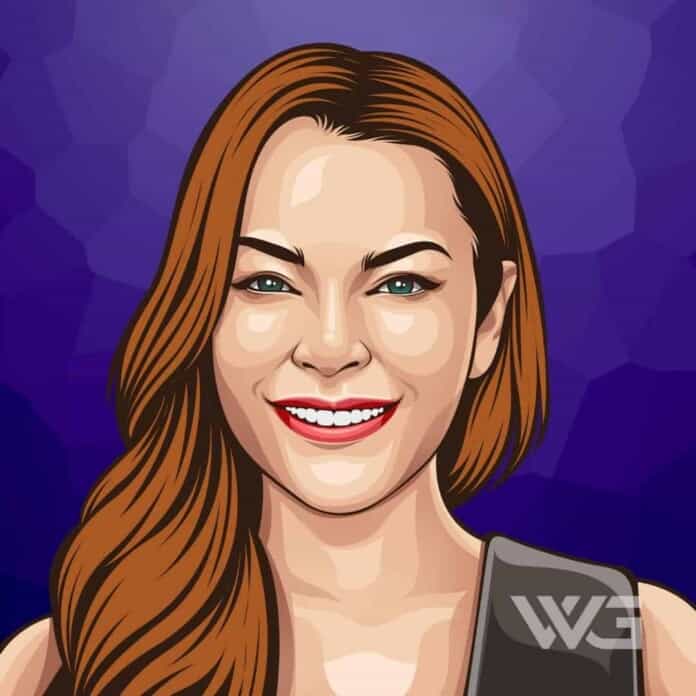 What is Lindsay Lohan’s net worth?

Lindsay Dee Lohan is an American actress, fashion designer, businesswoman and singer from The Bronx.

Lohan was signed to Ford Models as a child, she has appeared as a regular on the television soap opera ‘Another World’ at the age of 10. Lohan is best known for her performance in ‘The Parent Trap’, ‘Freaky Friday’ and ‘Mean Girls’.

Lindsay Lohan was born on the 2nd of July, 1986, in the Bronx, New York City. Lohan is the eldest child of Dina and Michael Lohan. Her father, a former Wall Street trader, has been in trouble with the law on several occasions, while her mother is a former singer and dancer.

Lohan is of Irish and Italian heritage, and she was raised as a Catholic. She attended Cold Spring Harbor High School and Sanford H. Calhoun High School.

Lindsay Lohan got her debut role in the motion picture, ‘The Parent Trap’ which was a remake of a popular 1961 movie, which earned her critical acclaim. At the age of 15, she starred in the television series, ‘Bette’. However, she soon left the show and signed a contract with a Los Angeles production company.

Lohan got her second breakthrough in the chick flick ‘Freaky Friday’ and ‘Mean Girls’ which released in 2004. She was appreciated for her performances and began to be considered a bankable star by numerous directors.

In 2005, five months after her father was sentenced to four years of prison, she released the music video ‘Confessions of a Broken Heart’ which addresses her parents.

She returned to Disney and starred in the final installment of the film ‘Herbie: Fully Loaded’ in 2005. As her fame and status grew, her struggles with drug addiction also grew.

In 2012, she starred as ‘Elizabeth Taylor’ in the film ‘Liz and Dick’ which was aired on television for a short period of time.

As of December 2022, Lindsay Lohan’s net worth is estimated to be roughly $1.5 Million.

Here are some of the best highlights of Lindsay Lohan’s career:

“I wanted to do what Marilyn Monroe did (during the Korean War), when she went and just set up a stage and did a concert for the troops all by herself. It’s so amazing seeing that one woman just going somewhere, this beautiful sex kitten, who’s basically a pinup, which is what I’ve always aspired to be.” – Lindsay Lohan

“Girls my age dress so much raunchier than I’d ever imagine myself dressing. I understand that I’m a role model, though, and I have to look out for that. I have a 10-year-old sister, too. But you also want to be appealing to guys and stuff, that’s just something girls feel. It’s hard. You want to be that girl that’s unattainable to all the guys because there are so many other girls out there that are like that.” – Lindsay Lohan

“I think a woman’s body is so much more sensual than a man’s. I’m not saying strip off all your clothes, but there are certain photos I like people taking of me, where I’m comfortable. As long as it’s tasteful, why not?” – Lindsay Lohan

“I want to be remembered for the work that I’ve done, rather than the car accidents that I’ve gotten into, the men that I’ve not dated – or the man that I have.” – Lindsay Lohan

“My mom is going to kill me for talking about sleeping with people. But I don’t want to put myself in the position where I’m in a monogamous relationship right now. I’m not dating just one person. ‘Sex and the City’ changed everything for me because those girls would sleep with so many people.” – Lindsay Lohan

Now that you know all about Lindsay Lohan’s net worth, and how she achieved success; let’s take a look at some of the strongest lessons we can learn from her in tough times:

1. Know When to Leave the Bad Behind

All of Lindsay Lohan’s wild behaviors started and ended in LA, as she surrounded herself with party people and the lifestyle of the people in the city. She moved to London at one point after her sobriety and later moved to Dubai.

She realized that LA was the wrong place for someone like her and anyone trying to get sober. Her realization here shows that she knew when to leave and how to save herself from any further damage.

It might not be the easiest thing to do, but once you realize the importance of your health and happiness, it is the only thing to do.

2. Find Serenity in Your Own Way

Lindsay highlighted the importance of finding serenity for yourself wherever it might be.

The happiness someone can find in a peaceful environment is tremendous, and in Lohan’s situation, it has been one of the best things to happen to her. Now, she is able to work on her career and personal goals without the drama of LA.

Be okay with you, help, and love yourself before you help and love others.

How much is Lindsay Lohan worth?

Lindsay Lohan’s net worth is estimated to be $1.5 Million.

How old is Lindsay Lohan?

How tall is Lindsay Lohan?

Lindsay Lohan is one of the most-loved and most-controversial actresses of our time. Although her career started with modeling, she was soon recognized for her screen presence and started getting offers from Hollywood.

However, she gradually overcame all the difficulties and went on to launch her own clothing line and resumed her acting career.

As of December 2022, Lindsay Lohan’s net worth is approximately $1.5 Million.

What do you think about Lindsay Lohan’s net worth? Leave a comment below.