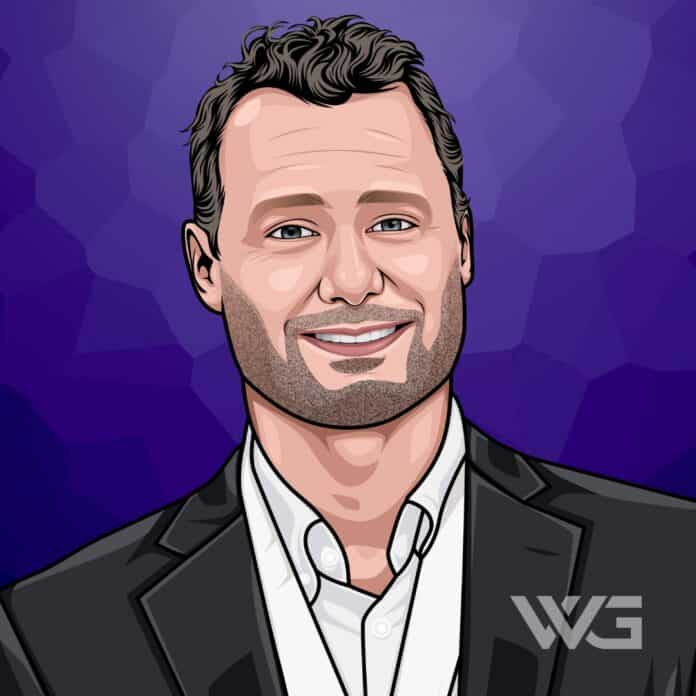 What is Lleyton Hewitt’s net worth?

Lleyton Glynn Hewitt is an Australian former professional tennis player and the youngest man to be No. 1 in the ATP rankings.

While he retired in 2020, he continues to stay active in tennis as a commentator for the Australian Open.

As of November 2022, Lleyton Hewitt’s net worth is estimated to be $25 Million.

Growing up, Lleyton played Australian football until the age of 13, when his interests changed to tennis, and he joined the Seaside Tennis Club in Henley Beach.

Later, he would study at the Denman Tennis Club in Mitcham, where he was coached by Peter Smith.

After dedicating years to perfecting his skills, Lleyton started playing professionally for the first time in 1998.

Hewitt quickly went on to claim his first Grand Slam singles title in 2001, followed by a victory at the Tennis Master Cup and Tokyo Open the same year.

Also, in 2001, Hewitt became the youngest male player in the ATP to be ranked No. 1 in singles.

Hewitt’s performance continued into 2003 when he defeated former No. 1 player Gustavo Kuerten and won his second Davis Cup.

In 2012, Hewitt competed in the Australian Open, Wimbledon, the French Open, and the London Summer Olympics, where he became the only Australian to make it past the first round.

During the 2013 season, Hewitt scored five top-10 wins and made a return to the top 40 in the rankings the following year.

While he announced his intention to retire in 2016 after the Australian Open, he briefly returned to the court to compete against Sam Groth at the 2018 Australian Open.

Similarly, he made a return to the court in his hometown of Adelaide in 2020 to play there for the first time in a decade.

Although he isn’t as active as he used to be in his prime, Hewitt now provides commentary for matches at the Australian Open.

He may not have become one of the richest tennis players in the world, but Lleyton Hewitt has certainly earned a healthy sum over the course of his career.

Although he has gained substantial wealth during his time on the court, some winnings have been much more substantial than others.

While Lleyton Hewitt has earned a lot from tours, he has also gained millions from endorsements from Nike, Athletic DNA, and Yonex, which have netted him a substantial amount of money.

Lleyton Hewitt got engaged to Belgian tennis player Kim Clijsters in 2003 but later separated before their planned wedding in 2005.

Hewitt later married Australian actress Bec Cartwright in 2005 at the Sydney Opera House, and together they have three children; Cruz Lleyton, Ava Sydney, and Mia Rebecca.

Outside of tennis, Hewitt is an avid supporter of Australian rules football and is currently the No. 1 ticket holder for the Adelaide Crows.

Lleyton Hewitt has earned numerous awards during his long professional tennis career, which reflects how truly skilled he is.

While he has earned many accolades and distinctions, some of his greatest achievements stand out more than others.

Here are some of Lleyton Hewitt’s greatest career awards:

Lleyton Hewitt may not have earned as much prestige as Roger Federer, but he has certainly earned a large number of awards that have helped distinguish him from other players.

How Does Lleyton Hewitt Spend His Money?

Despite not being as wealthy as Maria Sharapova, Lleyton Hewitt has a remarkable fortune that has enabled him to make some significant purchases.

In 2021, Hewitt listed his luxurious Melbourne mansion with a sale price of $16 million, which, while much less than the most expensive penthouses in the world, is still a considerable sum.

At the same time, Hewitt and his wife were reported to have bought another mansion in Burleigh Heights for $4.3 million.

While this may seem hard to beat, their new home is reported to have its own tropical outdoor entertaining area with a glass-edged pool, barbecue kitchen, and custom stone features.

Although not much else is known about the home, we can easily assume that it is extremely lavish and fitting for a tennis legend.

Lleyton Hewitt has enjoyed many significant milestones during his time on the court, all of which have helped propel his career forwards.

However, some points in his career stand out more than others for their overall impact on his success.

Here are some of the best highlights of Lleyton Hewitt’s career:

Despite not being as well-known as Serena Williams, Hewitt has won many titles and set numerous records, including being the youngest male doubles champion and lowest-ranked title winner.

Lleyton Hewitt speaks his mind and doesn’t mince words when he gives interviews, and what he’s said has given fans a lot of insight into how he plays the game.

He certainly isn’t afraid to push himself to his limits, which is something everyone can learn from.

Here are our favorite quotes from Lleyton Hewitt:

We can learn a lot from Lleyton Hewitt and his long professional tennis career.

Now that you know all about Lleyton Hewitt’s net worth, we can look closer at what he can teach us about finding success in our own endeavors.

Here are some of the best success lessons to learn from Lleyton Hewitt:

1. Prepare For The Unexpected

You can’t always expect the unexpected, but you can prepare contingencies so that you’re not caught out in the rain.

It’s always a good idea to have backup plans to your backup plans so that you don’t lose valuable progress on your way to becoming successful.

2. Be Ready For A Challenge

If you want to become successful, you’re going to have to prepare for one hell of a challenge.

Finding success is never easy, so ensure you’re ready to work harder than ever to achieve your goals.

3. Don’t Give Up On Your Dreams

No matter how lofty or unattainable your goals may seem, make sure you never give up on them.

Even if you have to work towards them as a side hustle at first, it’s better to try and potentially succeed than to never try at all.

Lleyton Hewitt made millions as the world’s No. 1 tennis player, with numerous titles under his belt.

While he has since retired, Hewitt continues maintaining his net worth as a commentator at the Australian Open.

Make sure to check back often so that you don’t miss any updates pertaining to Lleyton Hewitt’s fortune.

As of November 2022, Lleyton Hewitt’s net worth is estimated to be $25 Million.

What do you think about Lleyton Hewitt’s net worth? Leave a comment below.