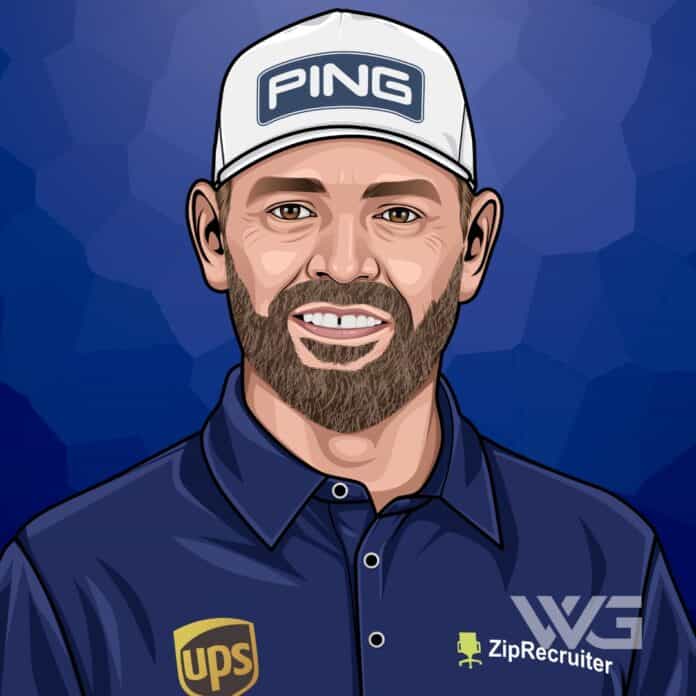 What is Louis Oosthuizen’s net worth?

Louis Oosthuizen is a professional golfer from South Africa who has made a name for himself as one of the highest-ranking players on the green.

Despite resigning from the PGA Tour in 2022, Oosthuizen continues to grow his net worth as a member of LIV Golf.

As of November 2022, Louis Oosthuizen’s net worth is estimated to be $40 Million.

Lodewicus Theodorus Oosthuizen was born October 19, 1982, in Mossel Bay, South Africa, where he grew up on a Groendel farm for most of his childhood.

Although little is known about his youth, we do know that Oosthuizen took an interest in golf early on.

During the start of his amateur career, he was financially supported by fellow South African golfer Ernie Els.

By the time he turned pro in 2002 at the age of 19, Oosthuizen had already earned several amateur titles, including the 2000 World Junior Championship, the 2001 All African Games, and the 2002 Indian Amateur Open Championship.

After turning professional, Oosthuizen won five tournaments on the Sunshine tour between 2004 and 2008, including the Vodacom Origins of Golf Tour event, the Platinum Classic, and the Telkom PGA Championship title.

In 2003, Oosthuizen played on the European Challenge Tour, joining the European Tour a year later, though he wouldn’t win his first Tour event until the Open de Andalucia de Golf in 2010.

After the 2010 season, Oosthuizen continued to make a name for himself, claiming his third European Tour title in 2011 and his sixth title in his home country at the Africa Open.

Oosthuizen reached the top 10 of the Official World Golf Ranking for the first time in 2012, peaking at No. 4 in the rankings in 2014.

From 2013 to 2014, Oosthuizen successfully won and defended the Volvo Golf Champions title, beating Branden Grace by one shot.

Oosthuizen would win the South African Open in 2018 before playing for the International Team at the 2019 Presidents Cup at the Royal Melbourne Golf Club in Australia.

In 2022, Oosthuizen made the decision to leave the PGA Tour and transfer to LIV Golf, a move that left him suspended from the PGA.

Louis Oosthuizen may not be as wealthy as Brooks Koepka, but he has earned a significant amount in his own right during his time on the fairway.

Although information about his earliest earnings is scarce, we do know a bit about some of his greatest gains.

Despite not being one of the highest-paid golfers in the world, Oosthuizen has made a decent fortune for himself, and his earnings are only continuing to grow.

In 2007, Louis Oosthuizen married Nel-Mare, who he’d known since he was a child.

The couple married in Mossel Bay, South Africa, and have three children; Jana, Sophia, and Emma.

Together, Oosthuizen and his wife own a wine company and restaurant called Louis57, which specializes in wines from South Africa.

Louis Oosthuizen has earned numerous titles during his career, all of which have helped him rise through the rankings.

Although all of his victories are noteworthy, some have been more significant than others.

Here are some of Louis Oosthuizen’s greatest career victories:

Despite not being as well known as Tiger Woods, Oosthuizen has won his fair share of tournament titles, and he is still going strong today.

How Does Louis Oosthuizen Spend His Money?

Louis Oosthuizen has more than enough money to buy all of the most expensive golf clubs in the world without breaking the bank, and he’s certainly made a number of expensive purchases throughout the years.

Notably, in 2020, Oosthuizen sold his Florida mansion for $5.5 million and purchased an 86-acre ranch in the same state.

Although we don’t know how much Oosthuizen spent on his new home, we know it had to be a significant amount, seeing how vast the property is.

Oosthuizen has stated that he plans to keep cattle on his new ranch to help give him something to do when he isn’t competing.

Having grown up on a farm in South Africa, it makes sense that he would gravitate towards owning a property that reminds him of his home.

Louis Oosthuizen has reached many remarkable milestones during his career, all of which have helped him earn his fortune.

However, some points in his career stand out for their overall impact on his fame and fortune.

Here are some of the best highlights of Louis Oosthuizen’s career:

Louis Oosthuizen may not have yet enjoyed as much success as Phil Mickelson, but he is well on his way to experiencing many more incredible milestones.

Louis Oosthuizen has often spoken about his career and how he spends his downtime, giving fans an insight into his personality.

In the interviews he’s given, he has also said a number of things that stand out as being rather inspirational.

Here are our favorite quotes from Louis Oosthuizen:

There is a lot that we can learn from Louis Oosthuizen’s successful professional golf career.

Now that you know all about Louis Oosthuizen’s net worth, we can look at what he can teach us about achieving our own goals.

Here are some of the best success lessons to learn from Louis Oosthuizen:

Although you should strive for lofty goals, you should always ensure you have realistic goals lined up that you know are achievable.

If you spend too much time chasing goals that are out of your reach, you can easily become discouraged because you’re not reaching the milestones you’ve set.

2. Don’t Be Afraid To Change Things Up

You should consider changing your technique or approach when things aren’t working out how you’d like them to.

Innovation and change are vital to success, and you should always look for ways to improve whenever possible.

Hard work is essential if you want to become successful, but if you throw yourself into work without any breaks, you’ll only end up burning out before you can get off the ground.

Make sure to take time to relax or do things you enjoy so that you can consistently give 100% when you need to.

Louis Oosthuizen has earned a significant net worth as a professional golfer and hasn’t shown signs of slowing down anytime soon.

While he has since left the PGA Tour, Oosthuizen is continuing to increase his net worth as a member of LIV Golf.

Be sure to check back often to stay up-to-date on any and all changes impacting Louis Oosthuizen’s wealth.

As of November 2022, Louis Oosthuizen’s net worth is estimated to be $40 Million.

What do you think about Louis Oosthuizen’s net worth? Leave a comment below.

What is Mike Jones' net worth?  Introduction  Mike Jones is an...