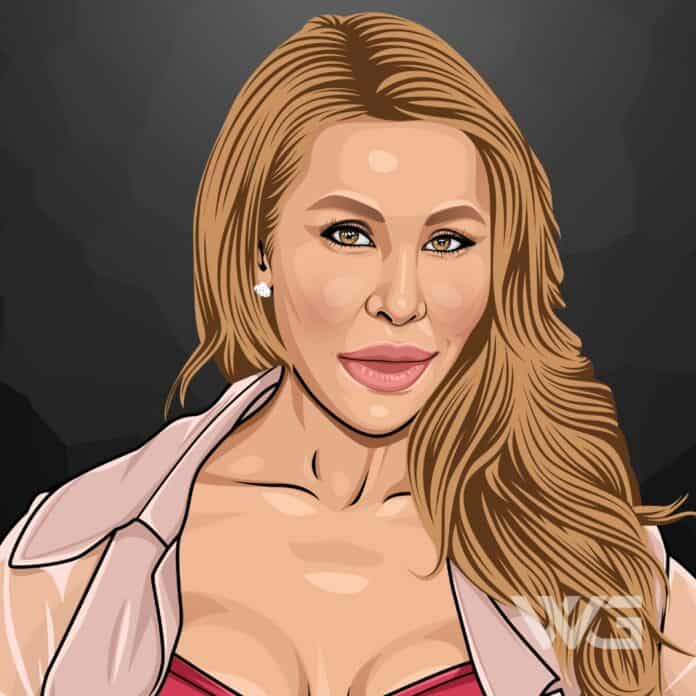 What is Lisa Hochstein’s net worth?

One of the stars of The Real Housewives of Miami, Lisa Hochstein, has earned millions as a reality TV personality and former Playboy model.

While she has since returned to reality TV, her ongoing divorce from her husband, Lenny, has put her fortune in jeopardy.

As of November 2022, Lisa Hochstein’s net worth is estimated to be $50 Million.

While little is known about her family, it has been reported that her father is a businessman while her mother worked as a homemaker.

As a child, Lisa attended private schools before enrolling at the University of Miami and graduating with an undisclosed degree.

Lisa started modeling and competing in pageants at a young age, eventually winning the title of Miss Swimsuit Canada in 2002.

Lisa Hochstein started her career officially as a Playboy model, appearing in three issues of Playboy magazine, including their Sexy Girls Next Door, Vixens, and Voluptuous Vixens issues.

In 2003, Hochstein had an uncredited role as a Go-Go Dancer on the ESPN football drama Playmakers, followed by her role as “Hottub Girl” in Against the ropes in 2004, though her scenes were ultimately cut.

Hochstein returned to film in 2006 in The Last Kiss and was later featured as a cast member on The Real Housewives of Miami, where she joined returning housewives Marysol Patton, Lea Black, and Adriana de Moura.

She would appear in both the second and third seasons of the show until its cancelation in 2013.

However, Hochstein returned to the show in 2021 after it was picked up by Peacock, and while no official release date has been set for season five, it is likely we will see her return.

Lisa Hochstein has earned millions as a Playboy model and reality star, though little information exists about her yearly earnings.

However, we do know that she earned a great deal from her appearances on The Real Housewives of Miami.

She also owes a majority of her net worth to her husband, Dr. Leonard Hochstein, who, as a prominent Miami plastic surgeon, has earned millions through his practice.

That said, in 2022, Lenny Hochstein filed for divorce from Lisa, and since the couple has a $1.9 million prenup, she may end up seeing a drop in her net worth once the proceedings are complete.

While she has since demanded that the court rule the prenup invalid, refusing to give up her mansion on Star Island, only time will tell how much the divorce will impact her fortune.

Lisa Hochstein has been married to Miami plastic surgeon Leonard “Lenny” Hochstein since 2009, and the pair live on Star Island in Miami, Florida.

A few years later, Lisa announced the birth of her daughter, Elle, in 2019.

Lenny and Lisa announced their separation in May 2022, the same month Lenny was reported to have started dating Austrian model Katharina Mazepa.

However, since the couple signed a prenup and a majority of Lisa’s net worth comes from her husband’s fortune, it is uncertain how much their divorce will impact her finances overall.

Lisa Hochstein has had a long and successful career, making her one of the most recognizable faces on reality TV.

However, some of her accomplishments have helped distinguish her more than others, and it is those achievements that we want to focus on.

Here are some of Lisa Hochstein’s greatest accomplishments:

Lisa Hochstein may not have earned as much as some of the richest models in the world, but she made a name for herself as an icon of reality television.

How Does Lisa Hochstein Spend Her Money?

Like Kenya Moore, Lisa Hochstein has earned a lot from reality TV and has spent a lot on real estate, owning several homes, including the Palacio del Eden, on the Sunset Islands, that cost her and her husband $4.5 million.

In 2012, Hochstein put this home up for sale for $10.7 million and purchased a mansion on Star Island the same year for $7.6 million.

However, their historic home on Star Island landed Hochstein in a legal battle after plans to raze the original property and build a new one went public.

They were ultimately successful, though the legal battle was long, and the home she ended up building is estimated to be worth between $40-50 million.

Lisa Hochstein’s career has been filled with success, and she’s managed to stay relevant for over a decade.

However, some of her biggest milestones have stood out more than others for their impact on her fame and fortune.

Here are some of the best highlights of Lisa Hochstein’s career:

Like Kim Kardashian, Hochstein has made a fortune as a model and reality star, and these moments have been the greatest highlights of her career in the spotlight.

Lisa Hochstein has shared much about her life with fans, especially as one of the world’s most recognizable reality TV stars.

Through numerous interviews and on TV, Hochstein has given fans a great insight into her life and relationships.

Here are our favorite quotes from Lisa Hochstein:

We can learn a lot about success from Lisa Hochstein and her career as a reality TV star.

Now that you know all about Lisa Hochstein’s net worth, we can look at what she can teach us about reaching our own goals.

Here are some of the best success lessons to learn from Lisa Hochstein:

1. Don’t Let Others Bring You Down

Lisa Hochstein isn’t a stranger to haters, but she has never let them stop her from reaching her goals and carrying on.

This is a great lesson that everyone can benefit from because if you let haters get under your skin, you’ll only end up falling behind and giving them what they want.

2. Roll With The Punches

Things aren’t always going to go your way, but if you’re able to roll with the punches, you can weather any storm.

Don’t let setbacks and failures define you; instead, use them as a learning experience to help yourself continue moving forward.

Reality TV stars have to work to be entertaining and successful people should always try to work as if the cameras are on them.

This doesn’t mean being over the top, but rather staying motivated to give 100%, even on days when you’re feeling a bit lazy.

Lisa Hochstein has made millions as a model and reality TV star on the Real Housewives of Miami.

While she is still starring in the hit TV show, it is possible that she could end up earning even more money from her high-profile divorce.

Be sure to check back often as new developments surface so that you won’t miss any updates to Lisa Hochstein’s fortune!

As of November 2022, Lisa Hochstein’s net worth is estimated to be $50 Million.

What do you think about Lisa Hochstein’s net worth? Leave a comment below.